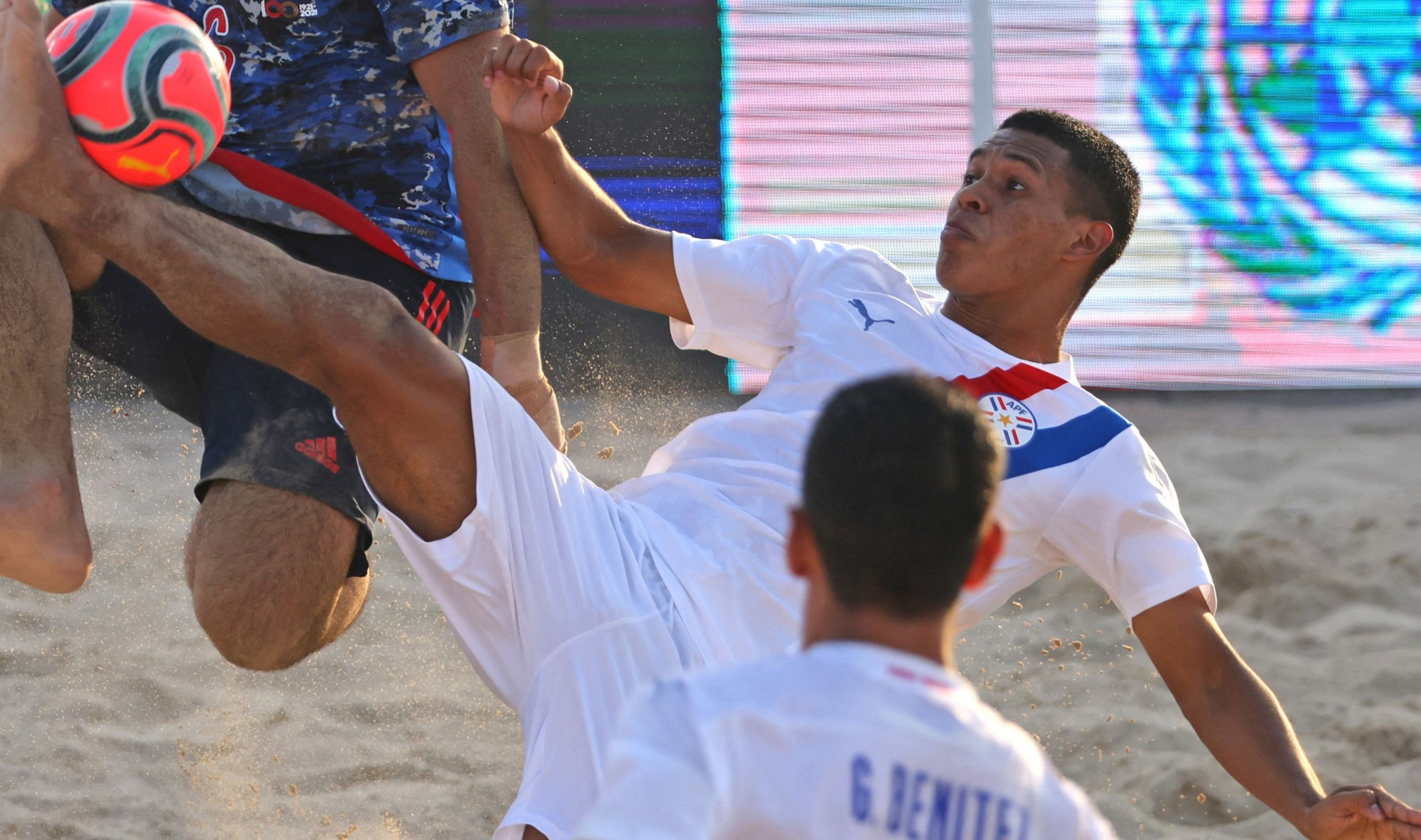 The first Copa América de Beach Soccer in four years is due to begin tomorrow in Luque in Paraguay, with defending champions Brazil opening their campaign against Peru.

Eight of the 10 South American Football Confederation (CONMEBOL) members are due to be in action on the opening day, with only Uruguay and Ecuador not playing.

Venezuela versus Bolivia is the opening match of the tournament, and the day's other Group B fixture.

In Group A, Colombia are due to face Argentina before hosts Paraguay take on Chile.

Ecuador are also in Group A, with Uruguay in Group B.

All games are due to be played at Los Pynandi Stadium.

The same venue hosted the World Cup in 2019.

The round-robin groups are due to wrap up on May 26, before semi-finals are played on May 28 and the final the next day.

This is the third edition of the event, with Brazil having beaten Paraguay in the two previous finals.

CONMEBOL had to cancel the 2020 edition Brazil was supposed to host because of the coronavirus pandemic.

Paraguay will be hoping playing on home sand enables them to go one better, although it was Uruguay and Brazil who went the furthest of the South American sides at last year's FIFA Beach Soccer World Cup in Russia's capital Moscow.

Brazil lost to Senegal in extra time of their quarter-final tie, while Switzerland thrashed Uruguay 10-1 at the same stage.