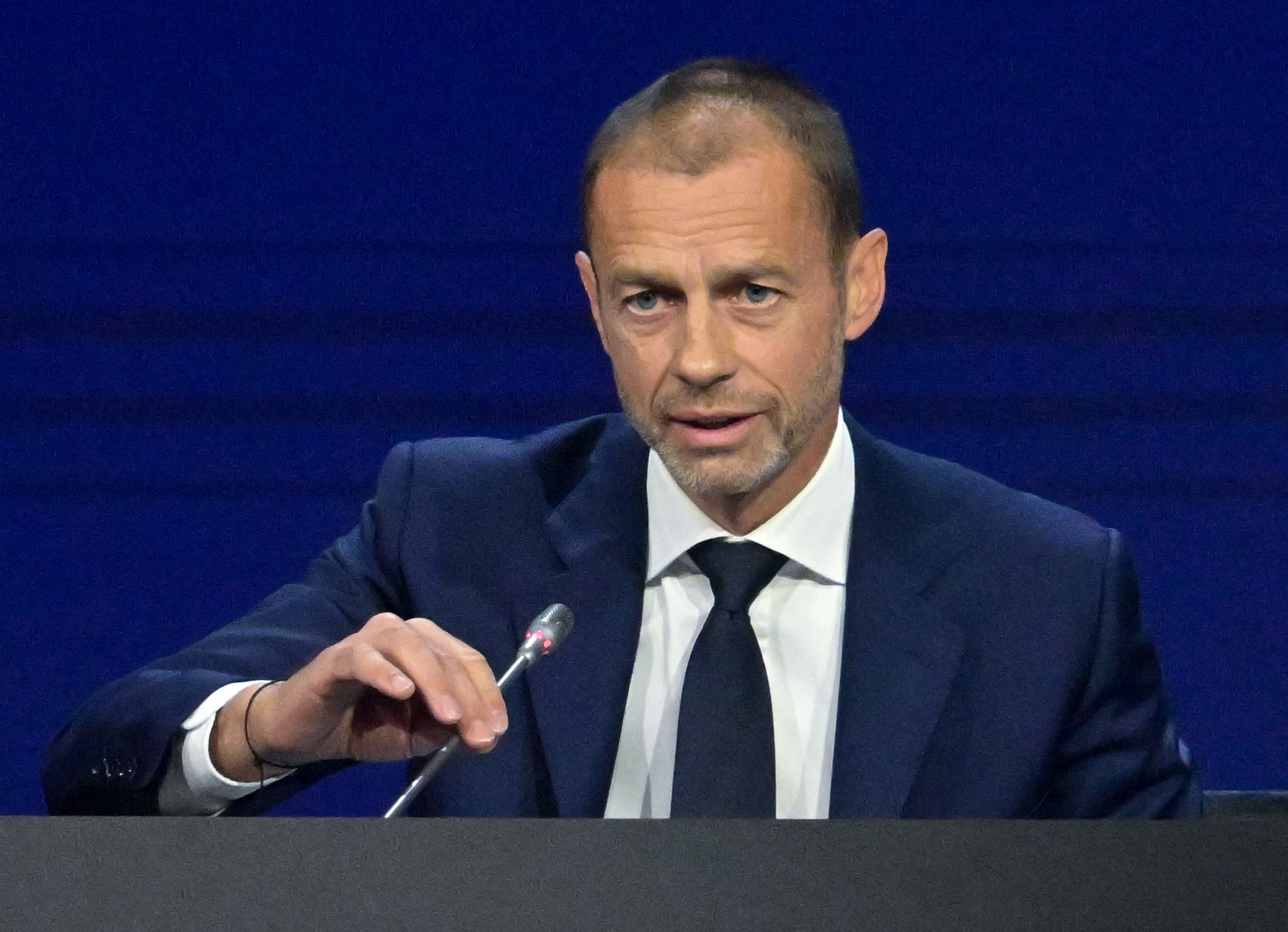 UEFA President Aleksander Čeferin has claimed that the European governing body's strengthened ties with its counterpart the South American Football Confederation (CONMEBOL) is "not an alliance against anyone" at the Congress in Vienna.

Both bodies were among the most vocal critics of proposals to stage the men's and women's FIFA World Cups every two years, and last month opened a joint office in London.

A match between the men's continental champions Italy and Argentina is also scheduled for June 1 at London's Wembley Stadium, branded "the Finalissima", and South American teams joining the UEFA Nations League has been mooted.

Čeferin and FIFA President Gianni Infantino staged a war of words over the controversial biennial World Cup proposals, with the UEFA President arguing that the plans would "lead to less legitimacy and dilute the World Cup".

UEFA and CONMEBOL threatened to boycott the World Cup if the proposal to double the number of editions went ahead, but momentum behind the idea has stalled in recent months.

Infantino previously claimed that a World Cup every two years would still retain its "magic", but at the FIFA Congress in March sought to distance himself from the idea, insisting that "FIFA has not proposed a biennial World Cup".

At today's UEFA Congress at the Messe Wien Exhibition and Congress Center in Austria's capital, also attended by Infantino, Čeferin said that the organisation's "strategic alliance" with CONMEBOL is not targeted against any other body.

That would suggest relations between UEFA and FIFA have improved with biennial World Cup plans firmly on the back burner.

The alliance aims "to celebrate more than 50 years of friendship between European and South American football", Slovenian official Čeferin claimed.

"It's not an alliance against anyone," he said.

"It's an alliance for the good of football."

Europe and South America are the only two continents which have provided winners of the men's FIFA World Cup.

A row erupted at the FIFA Congress in Doha in March when Norwegian Football Association President Lise Klaveness condemned the decision to stage this year's tournament in Qatar.

More than 95 per cent of Qatar's construction workforce is believed to be comprised of migrant workers from East Africa, South Asia and South-East Asia, and health and safety failures and non-payment of wages are among the allegations laid against the country.

Infantino has previously admitted that "not everything is perfect in Qatar", but has argued that "exemplary" work had been conducted.

The Swiss-Italian official again cited progress made on human rights issues in defending the host nation.

"It is important on one side to underline the progress that has been made in terms of human rights, in terms of worker rights, with the abolishment of kafala system, with minimum wages for the workers, with measures to protect the health of the workers," he said, as reported by insideworldfootball.

"It is not FIFA saying it, it is not even Qatar saying it.

"This progress is undeniable.

"It is going in the right direction."

Čeferin also condemned violence at last year's men's UEFA European Championship 2020 final between Italy and England at Wembley at the Congress, which led to the English Football Association being ordered to play its next UEFA match behind closed doors and fined €100,000 (£85,000/$106,000).

"The images of violence at Wembley Stadium at last year's Euro final was unacceptable," he told delegates.

"When a family goes to watch a football match, it's time for fun and enjoyment.

"People should feel safe in and around a football stadium.

"They should never ever feel in danger."

Čeferin admitted football needed to do more to prevent racism and discrimination.

"To claim that there is no racism or discrimination in football is not true," he said.

"It exists, in football as in the rest of society.

"It's up to us to tackle this issue head-on.

"We also need to look after players' physical and mental health.

"We must take steps to prevent them being abused on social media, we must offer psychological support to help them deal with the pressure they are under."

He warned the venture was "a brazen attempt by a handful of oligarchs and football aristocrats to launch a project that would have trampled on all the values of European football and European society".

UEFA publicly condemned the plans when they were announced in April last year, although has faced criticism for its reforms to the flagship Champions League from 2024-2025, which included the "Swiss system" replacing the existing format, an expansion from 32 to 36 teams and the potential for two places to be reserved for clubs based on their historical performance.

A compromise was reached at yesterday's UEFA Executive Committee meeting, with two places instead to be awarded to the highest-placed non-qualifying teams in the two countries with the best collective performance by their clubs in the previous season.

A report from Čeferin and the UEFA Executive Committee, and of the UEFA administration 2020-2021 were approved by the Congress in Vienna.

Financial statements from 2020-2021 and the budget for 2022-2023 were also approved, and new members for the UEFA Organs for the Administration of Justice ratified.

Portugal's capital Lisbon is due to stage next year's UEFA Congress on April 5.