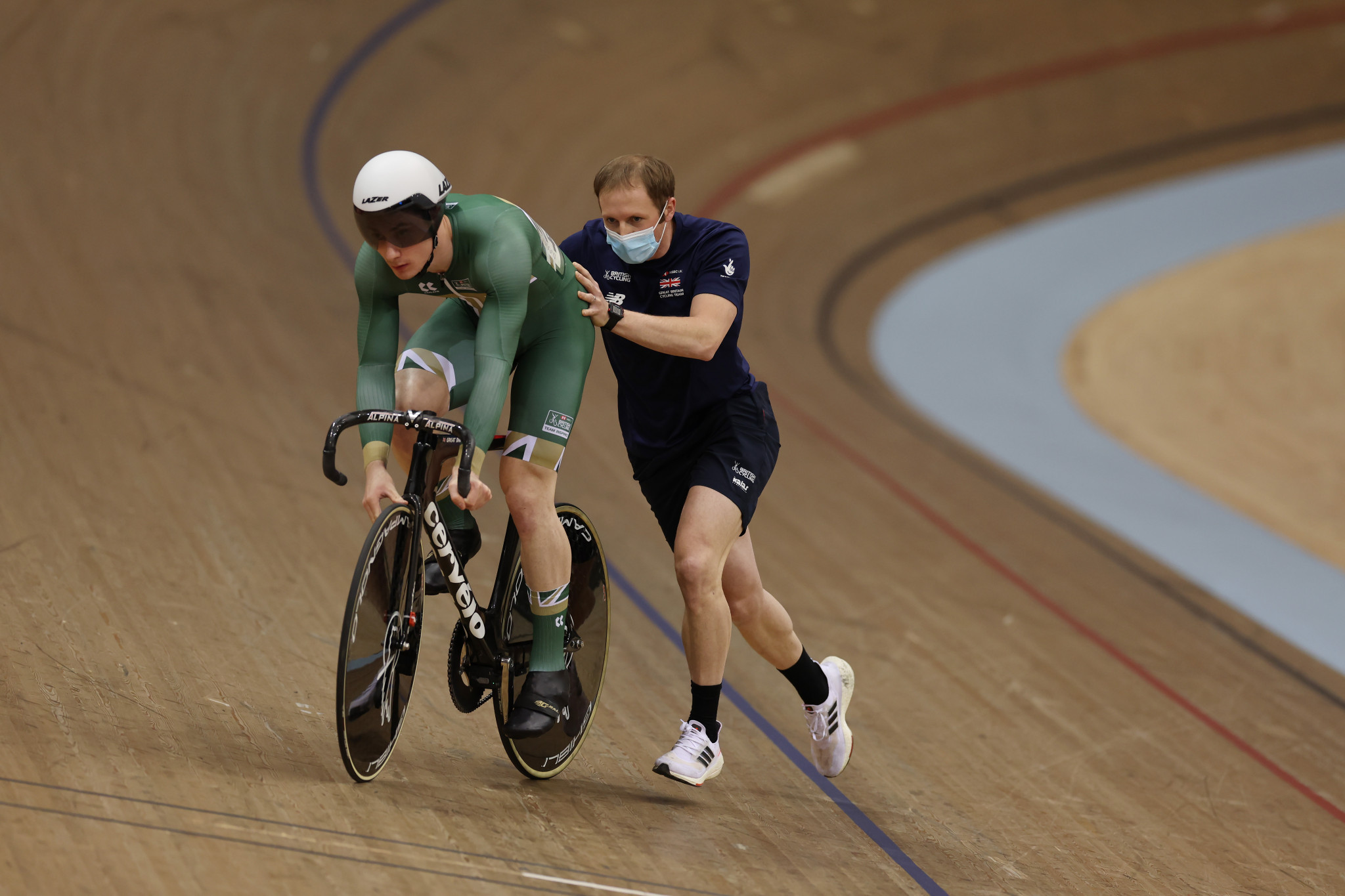 Britain’s most successful Olympian Sir Jason Kenny is looking to get up to speed as quickly as possible, as he guides Britain and England's men’s sprint cyclists to the upcoming Commonwealth Games and Paris 2024 Olympic Games.

Sir Jason, who received a knighthood at Windsor Castle on Tuesday (May 17) for services to cycling, announced his retirement in February.

His Olympic career ended on the high of winning a seventh gold medal at Tokyo 2020, where he launched a surprise attack to triumph in the men’s keirin.

Sir Jason is now overseeing Britain’s men’s sprint team in the build-up to the Paris 2024 Olympic Games, having been appointed to the coaching role after confirming his retirement.

Speaking to insidethegames, Sir Jason admitted the transition to a coach had been a massive learning curve.

"I have got a massive upskill job coming up, learning the ropes and learn how to do it a bit better," Sir Jasonsaid.

"For me it is getting stuff out of my head as a rider in an individual sport, a lot of the stuff you see and learn you keep to yourself.

"Now I have to articulate it in a way other people can understand and make use of.

"Getting used to that side is a bit of a change for me.

"Everyone thinks differently and people want different things, so you have to read that and try to give people what they want from the coach.

"It is a massive learning curve and I am really trying to get up to speed as quickly as possible.

"For the lads, they want it yesterday as they are at a level where they want to start seeing results.

"We work really hard to give them the opportunity."

Paris 2024 will see the British team seeking to continue a record of finishing on the podium in every men’s sprint event since Beijing 2008.

The upcoming Birmingham 2022 Commonwealth Games will be among the milestone events on the path to the Olympic Games.

Sir Jason will be part of the Team England staff for the home Commonwealth Games in Birmingham, with track cycling competition taking place at the Lee Valley VeloPark in London.

"I’ll be there working with Team England, but if any of the guys riding for other nations need anything, we will help as we are Team GB and support the guys who are funded on the podium programme," he said.

"Scotland and Wales have got their own set-ups and they are really slick anyway.

"We have got some good riders.

"Our target is Paris, so everything we do is a step towards Paris, whether it is qualification or performance goals.

"What we do now in the background as coaches and support staff, we have a performance plan that runs through the cycle.

"We have to say how we will get there and what the strategy looks like.

"We have just done that now and have our two-year plan.

REAP has been refining three frames over the last six years, focusing on road bike, triathlon bike and a prototype track bike, with the company seeking to create the world's fastest bikes.

Sir Jason said he wanted use his expertise to help support the Staffordshire-based company to "tick all the boxes" by producing bikes that are high-quality, ride well and that people want to buy.

"I knew I wanted to stay in cycling and this was part of that, looking at ways I could remain involved through my life-long love of the sport," he said.

"I went to visit them and was blown away that this company exists and want to make high-quality bikes in the UK.

"We have a history of making high-quality bikes and REAP’s ambition is to make available to more people on more of a budget.

"That whole concept really excited me.

"As a cycling nation, I think it is right we make our own bikes here as well."

The company’s first road test bike was claimed to be the world’s fastest bike in its launch season in 2016 when compared against market leaders.

REAP has said its Vulcan triathlon bike can save a rider between 4.5 to 7.5 minutes over an Ironman bike course, compared to its leading competitors.

The prototype Raptor track bike is claimed to have performed well in aerodynamic tests in comparison to the Argon 18’s Electron Pro, which has been billed as the most dominant track bike in recent times.