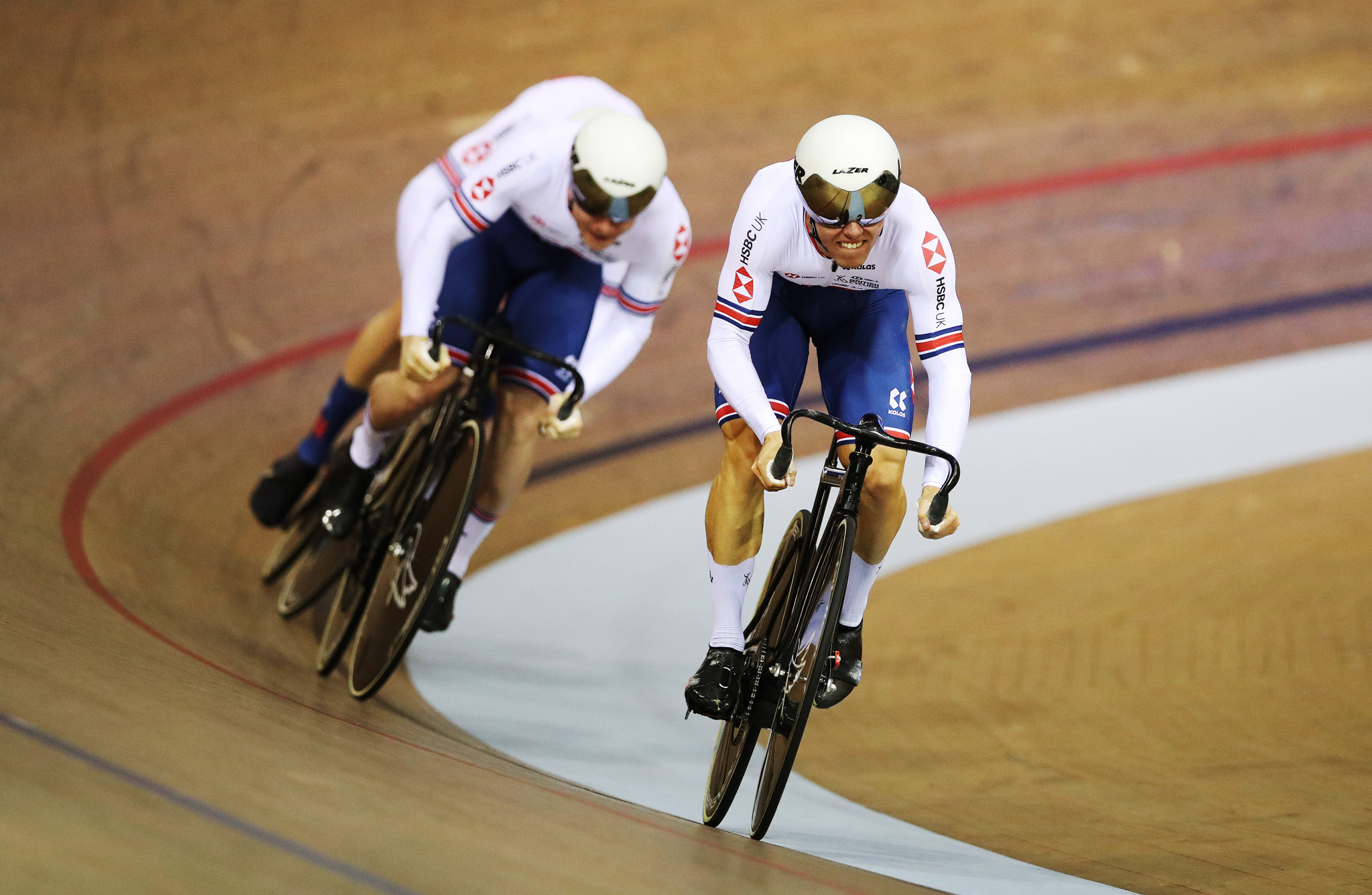 Scott Pollock has taken overall responsibility for the direction of British Cycling’s men’s sprint programme, as the governing body announced a restructuring following the dismissal of Kevin Stewart.

Stewart served as head men's sprint team coach but was sacked for gross misconduct in November.

This included a "long term pattern of inappropriate relationships with riders" and "failing to follow specific direction of the Performance Director in regard to relationship with riders and professional boundaries."

British Cycling performance director Stephen Park admitted it had been a "difficult period" for the men’s sprint team, riders and staff.

Park said the organisation decided for an "in-house solution", with Pollock taking charge.

Pollock had been serving as an English Institute of Sport (EIS) senior strength and conditioning coach, working full-time with British Cycling.

"Following extensive consultation with the men’s sprint riders and support team, we have restructured our sprint staffing line-up towards Tokyo," Park said.

"We did consider bringing in new staff from outside the programme however ultimately we determined that an in-house solution will best ensure we stay on track to achieve our ambitions for the men’s sprint squad at the forthcoming Olympic Games.

"Scott Pollock, EIS Senior Strength and Conditioning Coach working full time with British Cycling, will take overall responsibility for the leadership and direction of the men’s sprint programme and is now 'Men’s Sprint Programme Lead' as of 1st January 2021.

"Scott will be supported by Lewis Marsden, EIS Performance Analyst working full time with British Cycling, who has assumed the role of ‘Lead for Track Programming’ and taken responsibility for the development of individual rider ‘on-track’ training programme design and front-line delivery of each track session.

"Both Scott and Lewis have worked closely with the men’s sprint team throughout the Tokyo cycle to date, and during this time have developed the required skills to succeed in their respective new roles."

"Podium Women’s Sprint Coach Jan van Eijden and Academy Sprint Coach Andy Leveton will both remain in their current positions but will provide support to facilitate the delivery of the track sessions, with Jan also available to consult on tactical and technical aspects of the men’s training plans," Park added.

"This has been a difficult period for our men’s sprint team, riders and staff alike, following the departure of our lead mens sprint coach at the end of 2020, but I am proud of the way the whole team have pulled together and have been able to work with maturity, understanding and honesty to identify a solution in which we all have confidence."

"We’re delighted that Scott and Lewis can carry on their great work with the Great Britain Cycling Team’s men’s sprint squad and be part of a strong in-house solution for the leadership and direction of the programme," Currell said.

"The EIS will continue to support Scott, Lewis and the Great Britain Cycling Team in preparation for the Tokyo Games."