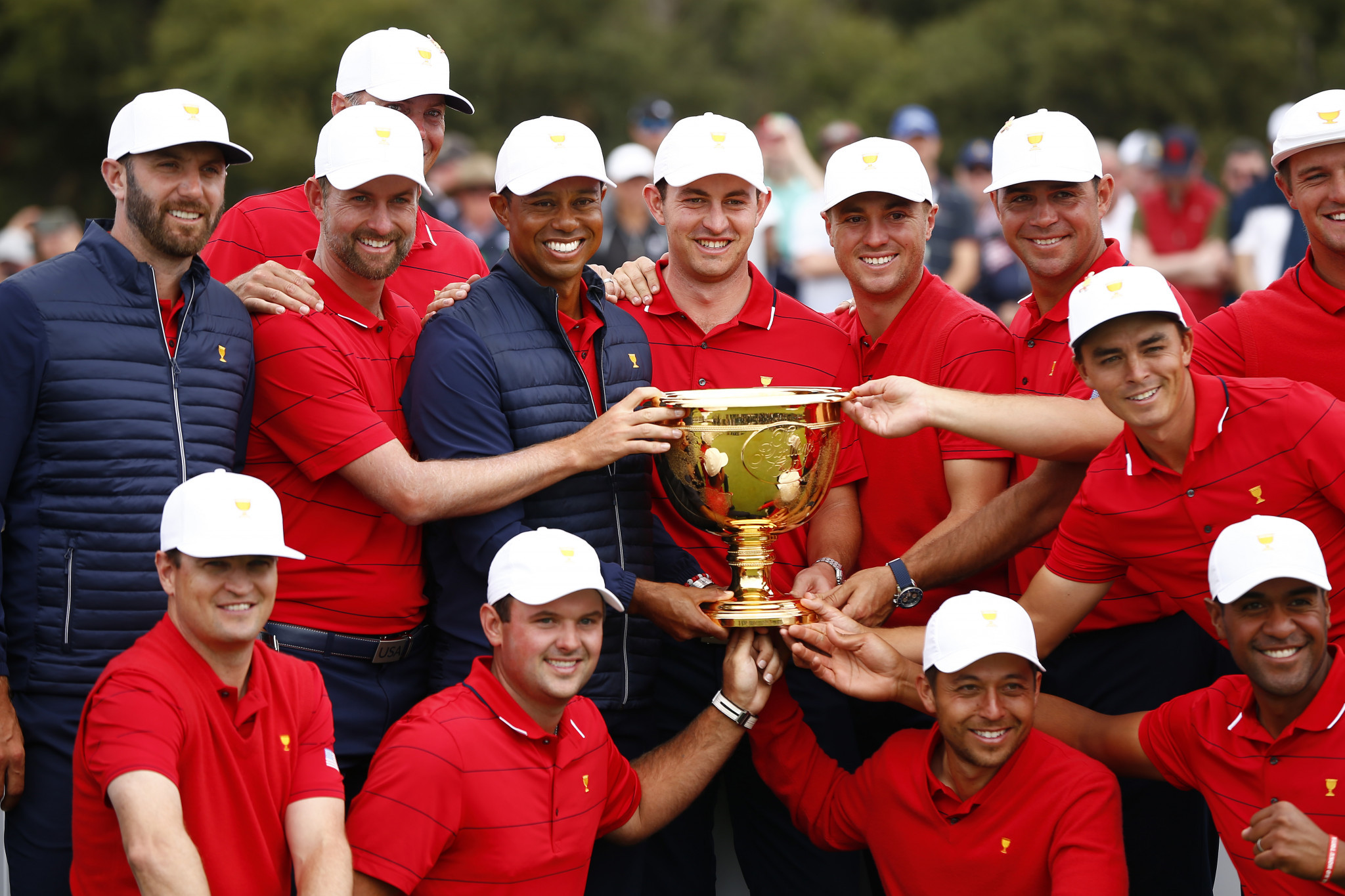 Melbourne has been announced as the hosts for the 2028 and 2040 editions of the Presidents Cup, making it the fourth and fifth time it has held the golfing competition.

The venue in the Australian city for the biennial match-play tournament is yet to be decided.

Royal Melbourne held the competition in 1998, 2011 and 2019 when it previously came to Australia’s shores.

Gainesville in Virginia in the United States is currently the only location to stage four editions of the event.

"Since the Presidents Cup was first staged in Melbourne in 1998, Australia and its passionate fan base have played a leading role in the growth of the Presidents Cup," Professional Golfers' Association Tour commissioner Jay Monahan said.

"As the event continues to visit new corners of the globe, we remain committed to a presence in Melbourne and the sandbelt region, a place our players and fans around the world hold in high regard."

The International team’s only win came in 1998 where they were captained by Australia’s Peter Thomson for the second time.

The two teams recorded their only tie in 2003 when South African city George took up role as host.

Australia, South Africa, Canada and South Korea are the only international locations to stage the event.

The 2022 Presidents Cup is scheduled to take place at the Quail Hollow Club in Charlotte in North Carolina between September 20 and 25.

South Africa’s Trevor Immelman has been named as the captain for the International team, while Davis Love III is fulling the role for the US.

Tiger Wood led the US to its eighth consecutive win in 2019 after defeating the International side 16-14.