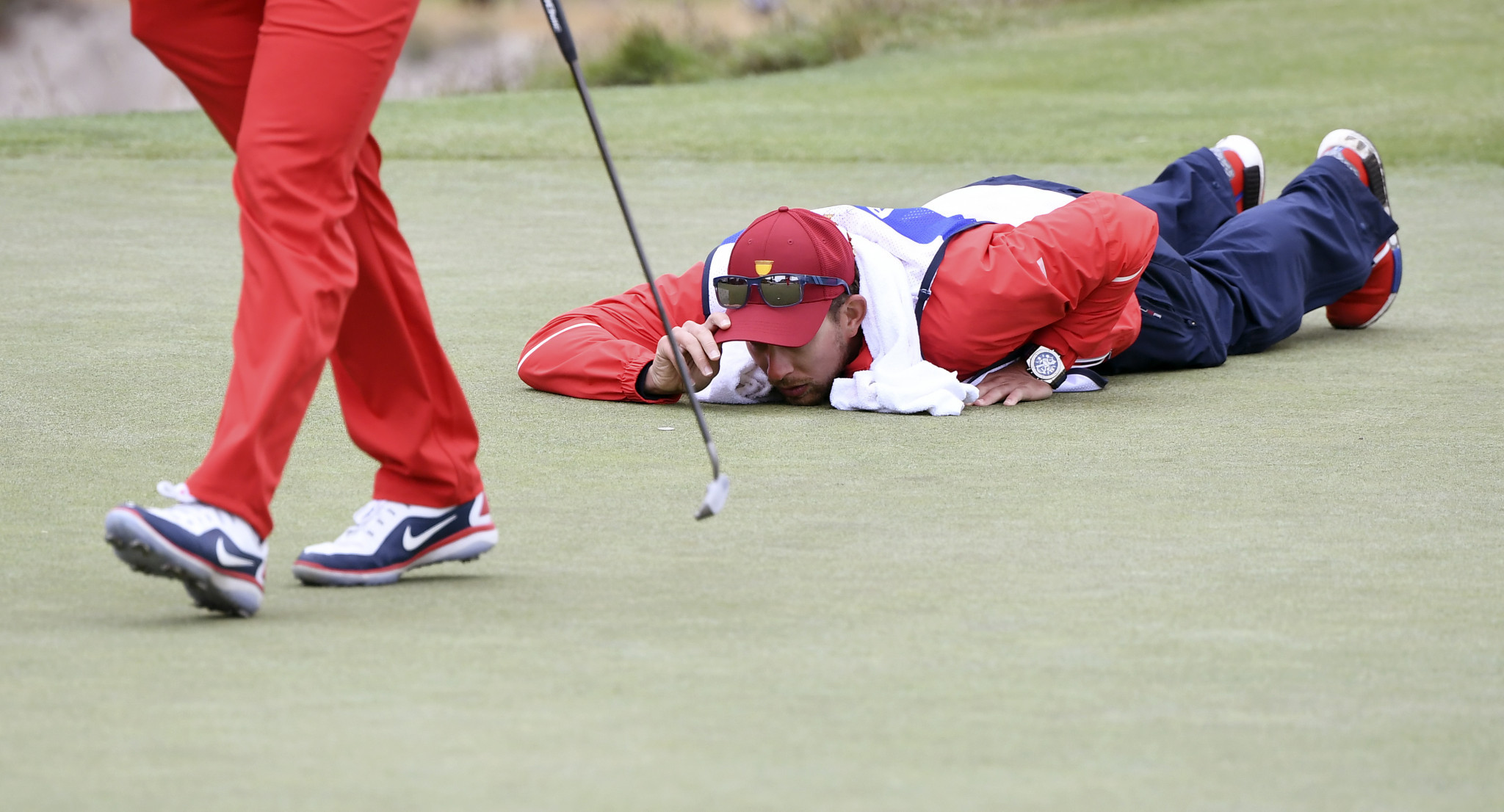 A fiery day three of the Presidents Cup saw the United States fight back to within two points of the International team and a physical altercation between a caddie and a spectator.

Going into the fourballs and foursomes, the Internationals had a 6½-3½ lead, but the action on course was overshadowed by a row between American Patrick Reed's caddie Kessler Karaid (Reed's brother-in-law) and a fan at Royal Melbourne Golf Club.

Having been penalised for improving his lie in the sand at the Hero World Challenge last weekend, Reed has been subject to constant barracking from the partisan crowd in Australia - and the situation came to a head with Karaid admitting he "shoved" a fan.

"We have been known for having fun with some good banter, but after hearing several fans in Australia for three days, some had taken it too far - I had had enough, and this gentleman was one of them," Karain said in a statement.

"Riding on the cart, the guy was about three feet from Patrick and said, 'you f***ing suck'.

"I got off the cart and shoved him, said a couple of things, probably a few expletives - security came and got back in the cart and I left.

"Unless his bones break like Mr Glass, the most harm done was a little spilled beer, which I'm more than happy to reimburse him for."

The furore has undoubtedly affected Reed, who is winless at the Presidents Cup so far, and he will be without Karain on the final day of competition, as he has been banned from carrying the bag.

That was just one of many headlines on a dramatic day, with the US seemingly desperate to hang on to a trophy they have only lost on one occasion (in 1998 at Royal Melbourne).

After winning the morning fourballs 2½-1½, the Internationals had extended their lead to 9-5, giving the US a mountain to climb.

However, the foursomes saw a change of fortunes, with Americans Gary Woodland and Dustin Johnson securing a crucial point first up, 2&1 over Australian Adam Scott and South Africa's Louis Oosthuizen.

It could have been a foursome disaster for the Internaionals, with Justin Thomas and Rickie Fowler taking a 5-up lead against Mexico's Abraham Ancer and home favourite Marc Leishman.

But the Internationals scrambled an incredible half by winning the last three holes.

The final match of the day saw Tony Finau and Matt Kuchar two up with five to play, but Chile's Joaquín Niemann and South Korean Ben An held their nerve to win the 14th and 15th,  eventually coming away with a half point, leaving the overnight score Internationals 10-8 United States.

Tomorrow promises be an incredible day of action, with 12 singles matches kicked off by player-captain Tiger Woods up against Ancer.

What could be the crucial final match-up of the day is Oosthuizen playing Kuchar.