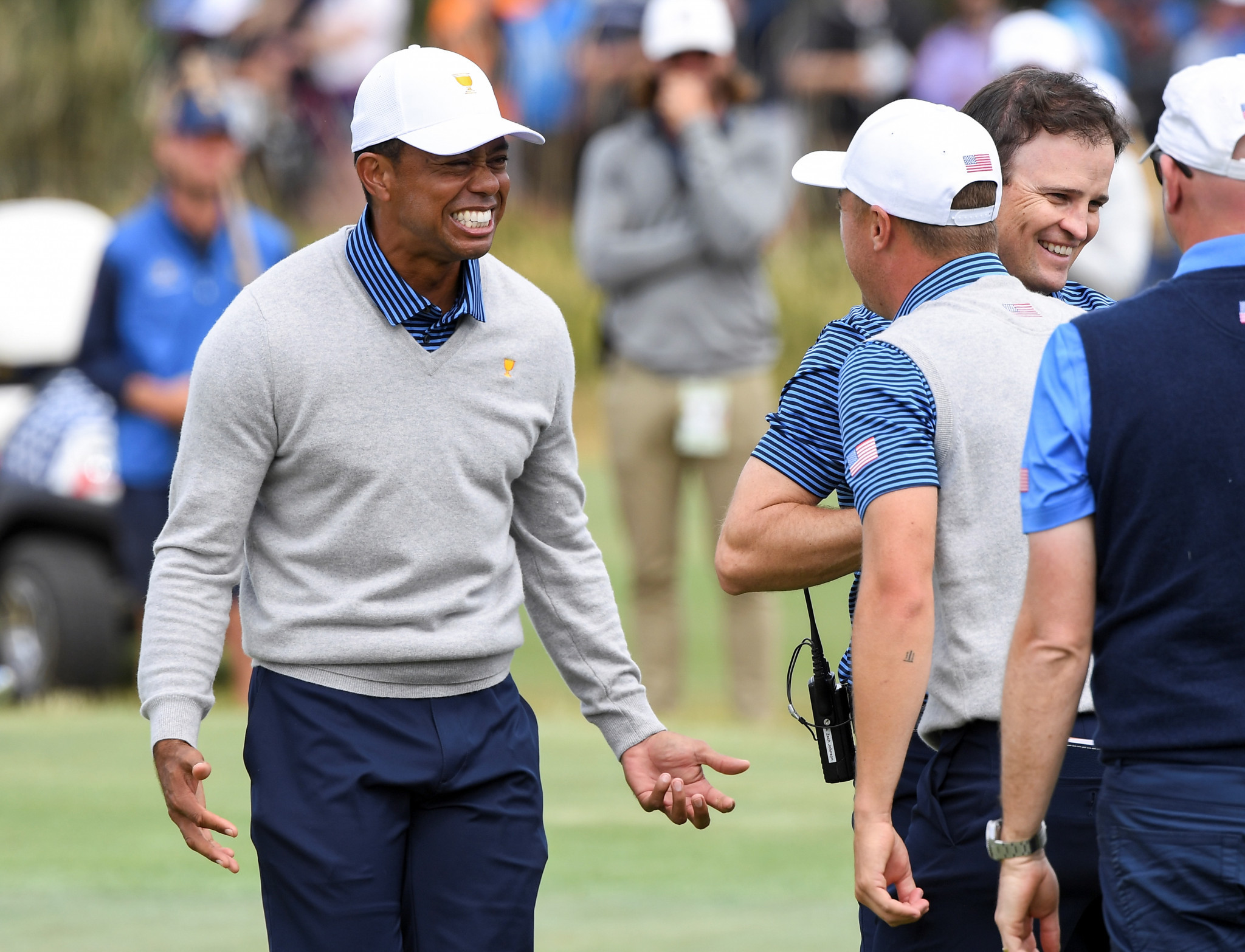 Tiger Woods and Justin Thomas continued their winning partnership, as the United States produced a late rally to keep themselves within three points of the International team after the foursomes at the Presidents Cup.

The International team won the first match of the day to go 5-1 up at Royal Melbourne Golf Club.

Both sides then traded points, before player-captain Woods and Thomas won a second match of the event, a 1-up victory over South Korea's An Byeong-hun and Japan's Hideki Matsuyama.

The last match of the day was halved to leave the score at 6½-3½ going into the weekend.

"At one point it looked pretty bleak, but the guys turned it around," Woods said.

"They played phenomenal coming in.

"It was important for us to end the way we did and it totally changed the last hour.

"The energy has been there.

"These guys are all young and extremely excited about being part of this team.

"I think more than anything it's just getting a feel for this golf course - it is fast."

There's no quit in these boys.

Ernie Els' International team made a winning start to the foursomes, when Australia's Adam Scott and South Africa's Louis Oosthuizen recovered from two down to take five of their next seven holes on their way to beating Matt Kuchar and Dustin Johnson 3&2.

Mexico's Abraham Ancer and Australia's Marc Leishman briefly put the International team five ahead with a 3&2 victory over Patrick Reed and Webb Simpson, but Patrick Cantlay birdied two of the last four holes alongside Xander Schauffele for a 1-up win over Chile's Joaquín Niemann and Canada's Adam Hadwin to make it 6-2.

Thomas holed a 20-foot birdie on the 18th to secured him and Woods their win over An and Matsuyama, and the final match saw Americans Gary Woodland and Rickie Fowler birdie two of the last three holes to finish all-square with Australia's Cameron Smith and South Korea's Im Sung-jae.

"They (the US) played good at the end there," Els said.

"But hey, look at the record we've had in the foursomes the last 25 years and for us to come out 2½-2½ in the session is like a win for us.

"We would have taken that at the start of the day."

The two teams will play two sessions tomorrow, with four fourballs matches in the morning, before switching to foursomes in the afternoon.

All 24 players will then be involved in the singles on Sunday (December 15).