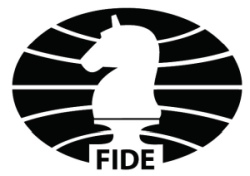 The International Chess Federation (FIDE) has extended a move to require Belarusian and Russian players to compete under the governing body’s flag until December 31.

The FIDE temporarily banned Russian and Belarusian teams from competing at events in March, as part of its response to the invasion of Ukraine.

The governing body’s Council allowed participants from the two nations to play in individual tournaments as neutrals.

This was initially expected to remain in place until May 31.

The FIDE Council has now approved extending the measure until the end of this year.

"The right to play under the FIDE flag is granted until 31 December 2022," the FIDE Council said.

"After this period, in the absence of other requests, the player will automatically be returned to the previous federation.

FIDE President Arkady Dvorkovich, who served as Russia's Deputy Prime Minister from 2012 to 2018, said in March the decision to allow players to compete neutrally was made to protect the rights of Russian players.

The approach differs to International Olympic Committee (IOC) recommendations to exclude Russian and Belarusian participants due to the ongoing war.

Russian grandmaster Sergei Shipov has thanked the FIDE for its approach, which he claims has been influenced by the upcoming Presidential election.

"I must say thank you to FIDE, which allowed Russians to play chess, they are trying to balance so that there is no protest within the chess world," Shipov told the Russian state news agency TASS.

"There are about twenty Russians in the first hundred of the FIDE ranking, and if we are removed from tournaments, world chess will sag.

"It is also worth considering that in early August there will be elections for the President of FIDE.

"Clearly, these are pre-election shenanigans that should tip the scales in favour of one candidate or another.

"Arkady Dvorkovich has already put forward his candidacy, but it is unclear who will be his competitor from the unfriendly camp.

"The upcoming elections will be the main motive for all further actions."

Shipov had avoided a ban in March after being placed under investigation for supporting the invasion.

He was found not guilty by the governing body’s Ethics and Disciplinary Commission.

Dvorkovich will seek a second term as FIDE President in August.

Dvorkovich is among the most prominent Russian officials to have publicly criticised the war in Ukraine.

"Wars are the worst things one might face in life… including this war," he told Mother Jones.

"My thoughts are with Ukrainian civilians," Dvorkovich tells me.