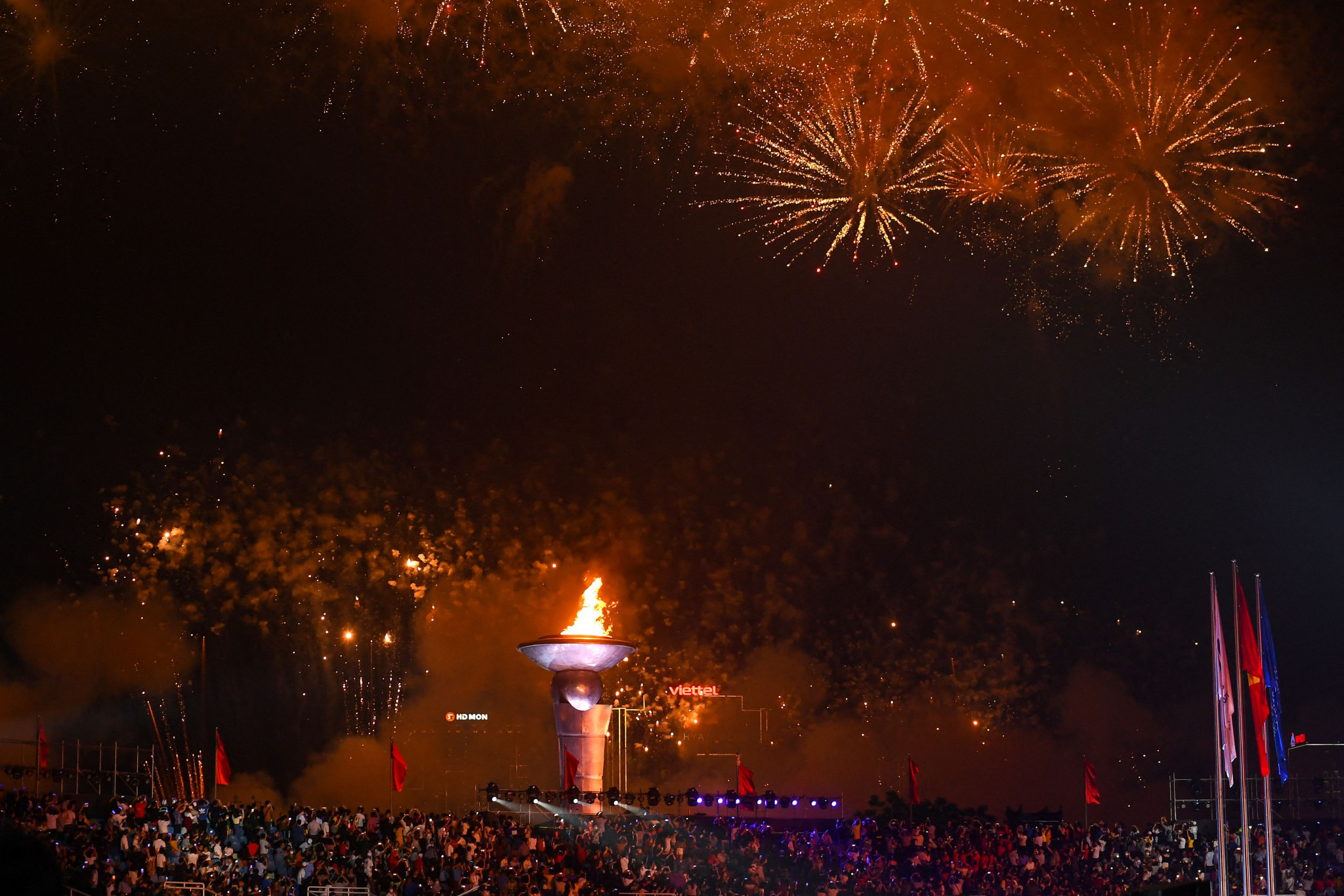 Nguyen Van Hung, the head of the 31st Southeast Asian Games (SEA Games), emphasised the importance of showcasing countries from the region during the Opening Ceremony at the My Dinh National Stadium.

Hung, who has led his country in staging its second SEA Games after it previously hosted the 2003 event, remarked to the aesthetics beyond sport as well as hoping the "Congress" will give athletes the confidence to make history.

He said: "This sports festival is an opportunity to promote the characteristics of Southeast Asian countries, a place to shine the human values, similarities and cultural closeness of the member countries, the beautiful scenery, fragrant flowers, the rice fields spreading straight to the wings of the storks are sheltered by immense green bamboo, soft but strong; from hundreds of streams to find a common river reaching out to the sea.

"The Congress is also a place for us to together ignite the flame of desire, the belief of victory in order to set new records of regional sports, outstanding achievements, and noble medals to be awarded at the Congress - where the light of faith and human strength are built on the foundation of solidarity, peace, friendship, cooperation and development.

"Hopefully, there will be many sports delegations, many athletes will step on the podium, bringing the image of their beloved homeland to shine together in the sky of Vietnam."

The initial moments of the Opening Ceremony targeted maintaining political stability and seeking peace in the region as the message of "For a Stronger Southeast Asia" was promoted to the crowd of 20,000.

This was part of the wider "Let’s Shine" theme of the event, which is further displayed through the official song being titled after it.

An estimated 600 artists performed customary acts and dances at the Opening Ceremony.

One part of the event saw images depicting the identities of Southern Asian countries through Đông Hồ paintings, a distinct cultural feature in Vietnam, projected onto stage as a way of showing respect and honour to the region.

Despite more than 5,000 athletes being due to compete at the Games, only 31 members of every sports delegation weres permitted to take part in the traditional Athletes Parade due to the COVID-19 pandemic.

The pandemic had caused the SEA Games to be delayed by two years and the Opening Ceremony was the first major gathering the country has held since the virus became a global health emergency.

The traditional Athletes Parade was staged as 31 representatives of every delegation from the 11 nations walked on stage.

The swimmer is one of 951 Vietnamese athletes due to compete across all 40 events.

Ernest “EJ” Obiena, who is set to compete in the pole vault competition for Philippines, carried his nation’s flag.

Olympic diver Nur Dhabitah Sabri had the honour to be flagbearer for Malaysia.

The first set of sports started yesterday with the hosts claiming 10 golds, seven silvers and 10 bronzes.

The SEA Games is due to finish on May 23.