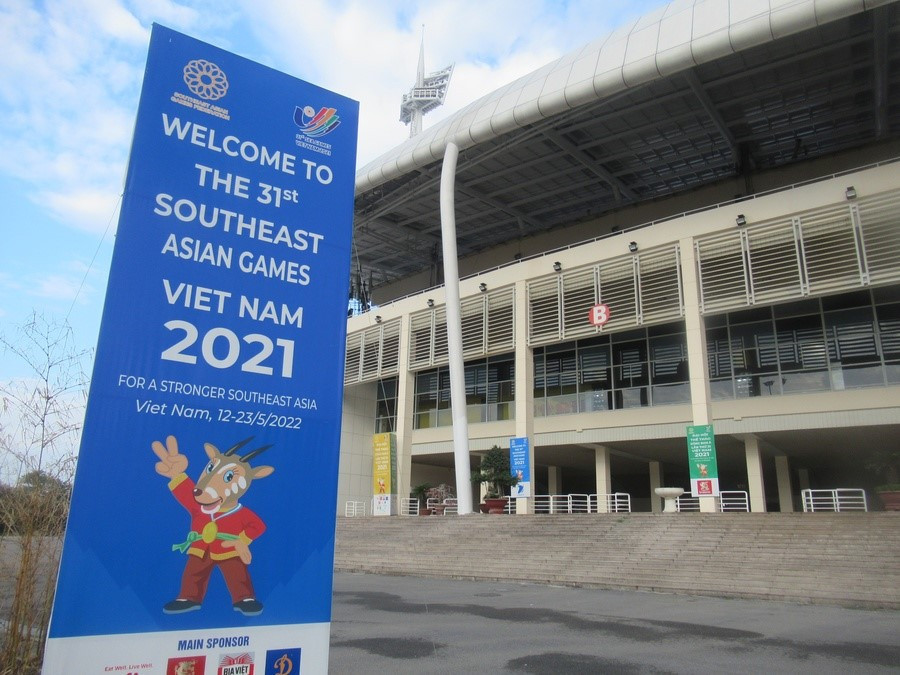 The Southeast Asian Games (SEA Games) formally opens tomorrow in Vietnam's capital Hanoi after two years of delays as a result of COVID-19, although the first gold medals have already been awarded.

More than 5,000 athletes from 11 National Olympic Committees are set to take part in what is the first SEA Games since the 2019 edition in the Philippines.

The Opening Ceremony at the My Dinh National Stadium has "Let’s Shine" as its theme.

Organisers insist it will embody "not only the desire to emerge victorious but also the message of solidarity, resilience and sustainability showcased by Southeast Asian nations in the midst of the COVID-19 pandemic."

Each country will nominate 31 team members to take part in the Opening Ceremony.

For Filipino pole vaulter Ernest "EJ" Obiena, the Games will finally present him with the opportunity to carry his country’s flag.

Obiena was originally chosen as flagbearer at the Tokyo 2020 Olympics but fell foul of a regulation which specified that all participants in the Opening Ceremony were required to have arrived 48 hours before.

"I’m representing athletes competing in the SEA Games, but also 100 million Filipinos back home," Obiena said after arriving safely in Hanoi to defend the gold medal he won in 2019.

Hanoi is the main competition centre but hosting duties will be shared with 11 neighbouring cities and provinces under the SEA Games theme "For a Stronger Southeast Asia".

In total, 526 gold medals will be on offer in 40 sports which include events such as sepak takraw and wushu which are an integral part of the Asian Games and popular in the region.

The Games will also include the boules sport petanque and vovinam, a traditional Vietnamese martial art.

Thailand’s Panipak Wongpattanakit will start favourite in the under-49 kilograms women's taekwondo after winning her country’s only Olympic gold in Tokyo, though she was hospitalised with coronavirus in early April.

Wongpattanakit had also won two world titles before the pandemic and is a back-to-back SEA Gams champion.

Hidilyn Diaz made Olympic history with weightlifting gold for the Philippines in Tokyo which was a triumph of resilience after the pandemic left her stranded in Malaysia and unable to return home before the Games.

Diaz is another athlete with lofty expectations in Hanoi.

Singapore’s 2016 Olympic swimming gold medallist Joseph Schooling has won a staggering 27 gold medals at the SEA Games, but this could mark his swansong after a career stretching back to 2011.

The SEA Games run until May 23.

Hosts Vietnam have already won 10 gold medals and 26 of all colours.