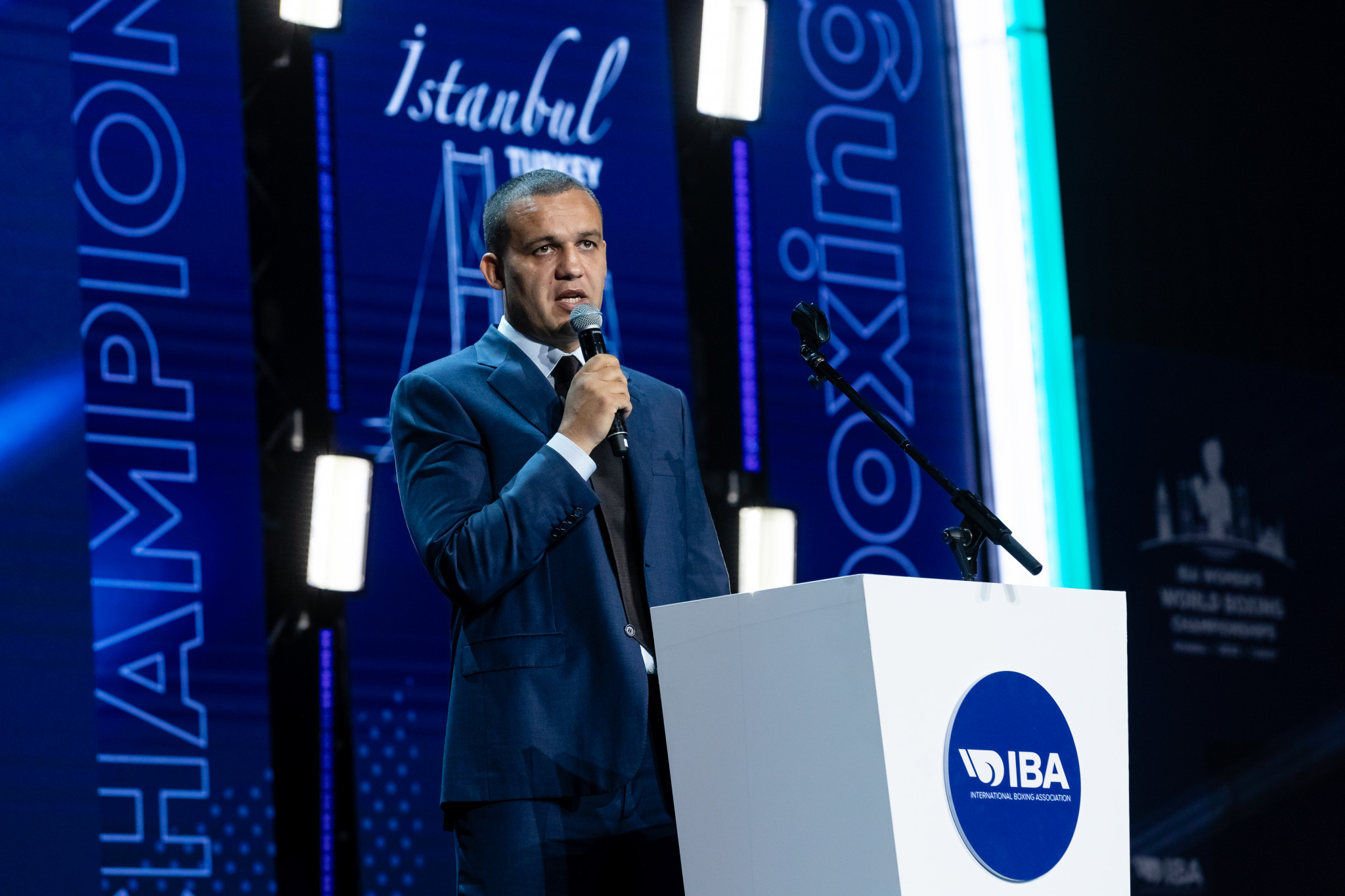 The International Olympic Committee (IOC) has written to Umar Kremlev underlining that the International Boxing Association remains suspended and expressing "significant concerns" on a range of issues.

The two-page letter, signed by Pâquerette Girard Zappelli, the IOC’s chief ethics and compliance officer, and Kit McConnell, sports director, and circulated to all National Boxing Federations, comes at a particularly sensitive time, with Kremlev up for re-election as IBA President on Friday (May 13).

The election, in Istanbul, pits the 39-year-old Russian against Boris van der Vorst of the Netherlands in a two-horse race.

Written in response to new information provided by IBA on the qualification system for boxing for the Paris 2024 Olympics, the letter states:

"Unfortunately, rather than providing clear answers to the questions we have raised in relation to your Olympic qualification ranking system, your reply rather focuses on potential future IBA decisions and other elements which have not yet been confirmed and are clearly needed by your National Federations and your athletes.

"Your letter creates the impression that there is significant time available to take the outstanding decisions.

"However at this stage the areas of information specified in our letter of 12 April should already be clear and confirmed for your National Federations and your boxers.

"Without these details they face challenges in finalising their planning of finances, schedules, logistics and, most importantly, training cycles.

"Therefore, the IOC wishes once more to raise its concerns regarding the necessary details of the Paris 2024 boxing Qualification System.

"In addition, we would like to express our specific concern over the possible selection of events that may not provide fair eligibility criteria, and create possible discrimination.

"Therefore, we urge you to ensure that all boxers have the same level of opportunities to qualify regardless of geographical and/or costs factors."

Girard Zappelli and McConnell went on:

"Following a review of your information and observation of recent IBA events, we still have concerns regarding the IBA’s capacity to execute a complex management system of Technical Officials’ management and in particular referees and judges.

"In particular this concern relates to demands of implementing the system in a transparent and credible manner across the wider range of events counting for Olympic ranking points, covering multiple locations and potential simultaneous event dates.

"Therefore, we hereby reiterate our request to receive the full details of your new ranking system, including the calendar.

"Such details will be paramount for the IOC to assess the effective implementation of the Boxing Qualifications System and again are of vital importance for your boxers and athletes."

The IOC officials said they were still waiting for updated documents on referees’ and judges’ processes at the Women’s World Championships now under way, also in Istanbul.

They said they would "also appreciate clarification whether or not the IBA has not made any changes to its regulations".

This was "critical information" for athletes, "and also for the independent auditors, who will monitor the current event in Istanbul".

The officials concluded by confirming again that "IOC recognition of IBA remains suspended and boxing is not currently included in the sports programme of the Olympic Games Los Angeles 2028, with concerns remaining in the key areas of governance, financial sustainability and the proven integrity of the refereeing and judging systems".

Kremlev immediately responded to the IOC with a letter of his own, obtained by insidethegames, asserting that the IBA has "embraced the need to satisfy the IOC’s concerns" in a number of areas, including financial transparency and sustainability.

He said the IBA was "fully determined to satisfy your concerns" and, while proud of the "enormous progress" to date, "fully appreciates the size of the job ahead".

Regarding Olympic qualification, Kremlev acknowledged much needed to be done to "provide national federations and boxers with the certainty they deserve".

Six months ago, he said, "boxers were not even sure if their sport would be on the programme for Paris 2024.

"With that prospect secured, IBA is working as hard and as fast as we can to complete the vital remaining elements of the Olympic Qualification System.

"To resolve any potential misunderstanding: while the first Olympic Qualification events for boxing would be at least seven months away, IBA very much understands the pressing need to deliver these remaining elements, including the event model, bidding process, calendar and Olympic ranking system."

Work on delivery was "ongoing" and would be completed "as soon as possible" with "the full involvement of the incoming IBA Board of Directors", due to meet for the first time on Sunday (May 15).

Finally, Kremlev said that "documentation of our improved R&J processes" was taking place in Istanbul.

The IBA was "very much aware of the need for clear documentation, in order to create clear expectations and also to ensure processes that are both replicable and scalable".

He confirmed that the regulations applying to the current Women’s World Championships "were altered by a mail vote of the Board of Directors".

These alterations "suspended the use of the bout review process while we concentrate on core elements of R&J work".

Kremlev’s nationality means that the backdrop to the election has become dominated by fallout from Russia’s military attacks against Ukraine.

The IBA President has made headway in addressing the IBA’s delicate financial situation since his original election in late-2020.

But he has been able to do this mainly thanks to sponsorship from Gazprom, the Russian state-controlled gas supplier.

Insidethegames analysis suggests the energy giant may have pumped as much as CHF30 million (£24.5 million/$31 million/€29 million) into IBA.

An unofficial transcript of the IBA Board of Directors meeting in March quotes Kremlev as saying that "to cease the partnership with Gazprom would mean the destruction of the sport of boxing, of our organisation, of our association."