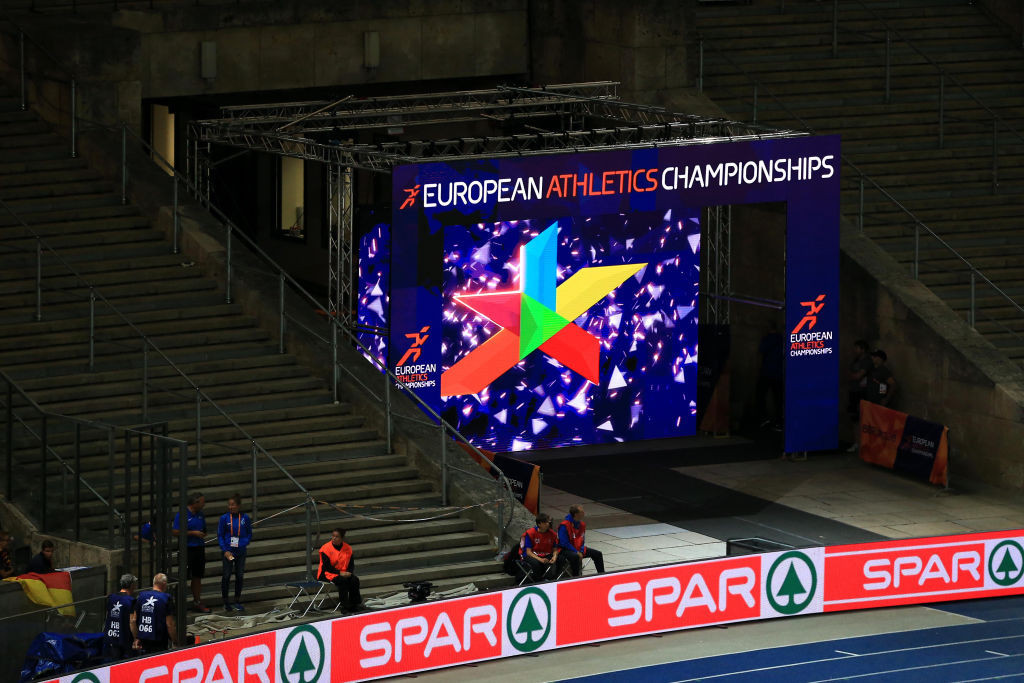 The 2026 multi-sport European Championships, for which host city bidding officially opened yesterday, will Involve "between seven and 10 sports".

Munich will see the return of five of the core sports from the opening Championships co-hosted by Glasgow and Berlin - athletics, cycling, triathlon, artistic gymnastics and rowing.

Aquatics and golf will not be back for the second edition in Germany, but four four new sports - beach volleyball, canoe sprint and Para-canoe events, sport climbing and table tennis have been added.

How many of the 2022 sports will return four years later remains to be seen - but the signs are that aquatics - largely hosted by Glasgow in 2018 with diving held in Edinburgh - will make a reappearance.

The European Swimming Federation recently pledged in its Presidential election manifesto the intention to bring aquatics back into the fold.

"We are looking at between seven and 10 sports as a good number to be timetabled together for the European Championships in 2026," an ECM spokesperson told insidethegames.

"It is too early to say what the final sport programme will look like for 2026.

"There will be nine Olympic sports whose continental championships will be part of the European Championships 2022, and we are all working towards making this event a success.

"With the results from Glasgow and Berlin in 2018 and the spectacular stage of Munich and the Olympiapark in August, it is clear to the participating federations the significant benefits of being part of the multi-sport European Championships in terms of increased media exposure, revenues, saved costs, and improved positioning of their individual 'crown jewel' events.

"The model of the event is the bringing together of existing championships of some of the continent's leading sports, with the philosophy of 'the whole being greater than the sum of its parts'.

"So different configurations of sports are possible for 2026 if they fulfil the essential criteria for the success of the event.

"New sports will be considered if they add strength to the programme or if specifically requested by a potential host city.

"Any addition of a new sport will follow an evaluation process considering event sustainability, cost efficiency, the use of existing venues, ensuring a compelling programme onsite and on television, and a sport's overall fit in the European Championships through an in-depth analysis and consideration of its popularity across the continent."