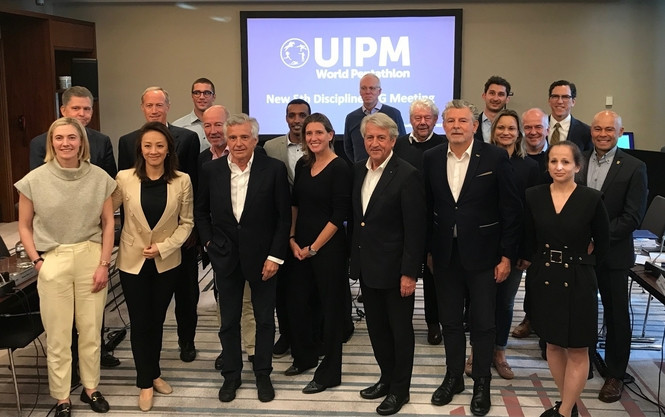 The International Modern Pentathlon Union (UIPM) has announced it is to test two variations of obstacle discipline, as part of its search for a fifth sport to replace riding.

Following a meeting of the organisation’s Fifth Discipline Working Group in Budapest, Hungary, two variations of obstacle discipline have been selected for testing by the UIPM Executive Board.

The obstacle discipline is set to be tested alongside fencing, swimming and the laser run, following the 2022 Pentathlon World Cup Final in Ankara in June.

After testing, a final decision is set to be taken by the UIPM Congress.

The riding element was dropped from the sport shortly after German coach Kim Raisner was sent home in disgrace for punching a horse during the women's competition at the Tokyo 2020 Olympics.

Modern pentathlon has been left off the initial programme for Los Angeles 2028, and International Olympic Committee (IOC) President Thomas Bach has warned that the proposal for riding's replacement and the overall competition format must be finalised before it can be included.

Critics including Pentathlon United have criticised the process to replace riding, accusing the UIPM of a lack of transparency and failing "to acknowledge the athletes' voices."

The UIPM claims factors in its decision to test the obstacle discipline, include selecting a sport which examines the complete athlete, has reduced cost and complexity, has universal participation and good accessibility around the world, popularity among all age groups and its sustainability for organisers worldwide.

"The guidance provided by the IOC around the selection of an alternative discipline for Modern Pentathlon has been closely followed, with athletes playing a central role in this process.

"I would like to thank all stakeholders and especially the outside experts, Michael Payne, Terrence Burns, David Hill, Ursula Romero and Peter Hutton for their exceptional contribution."

The UIPM said its Fifth Discipline Working Group followed criteria including considering athletes views, medical aspects, such as workload, injuries and anti-doping, TV, media and marketing opportunities in its decision to test the obstacle discipline.

Reacting to the decision Pentathlon United said: "We've long suspected that obstacle course racing was at the forefront of the UIPM Executive Board's agenda in replacing riding.

"The decision to only test OCR and not any of the other apparent 60 options they considered just highlights this further.

"We think it's clear from the 310 submissions we received to our survey what the athletes think of the process that has been conducted.

"We repeat our call for the International Olympic Committee (IOC) to intervene and make clear to the UIPM Executive Board that they must listen to the views of the athletes who have spoken so clearly in our survey and ensure they are at the centre of this process as the IOC stated in December."

A new 90-minute model has been used at UIPM World Cups this season and is set to feature at the Paris 2024 Olympics, although it has drawn a mixed reaction, notably over the exclusion of riding until the finals.

Modern pentathlon has featured on the Olympic programme since its introduction at Stockholm in 1912.