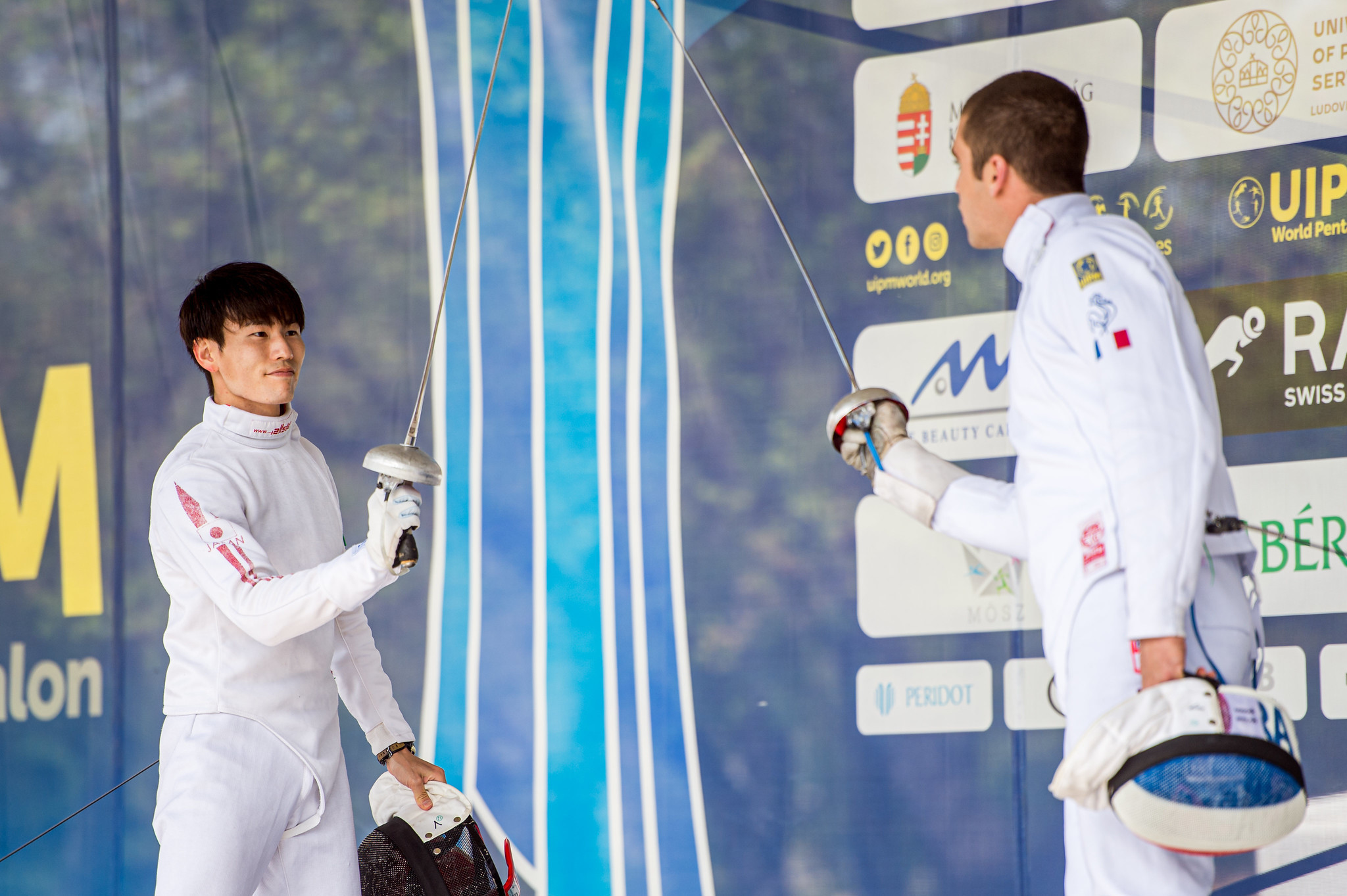 A competitor at the Pentathlon World Cup in Budapest has used the event as a platform to protest against the impeding removal of riding from modern pentathlon.

As Taishu Sato from Japan took to the stage for his fencing contest against Italian Giuseppe Mattia Parisi, Sato displayed a t-shirt decorated with the message "Keep Riding & Change the Rules".

Sato was given a yellow card by an International Modern Pentathlon Union (UIPM) official for the demonstration.

Sato's actions coincided with a Fifth Discipline Working Group meeting, which is taking place at the World Cup event in Hungary.

UIPM President Klaus Schormann - who was at the heart of the decision to remove riding from modern pentathlon following the Paris 2024 Olympics - chairs the Fifth Discipline Working Group and was in attendance at the World Cup leg.

The UIPM Executive Board claimed a force majeure event was grounds for it to scrap riding in the wake of a horse-abuse scandal at the Tokyo 2020 Olympic Games.

German coach Kim Raisner was sent home for punching a horse in the women's competition.

The UIPM has claimed the sport's place on the Olympic programme was at stake, but since it scrapped riding without an appointed replacement modern pentathlon has been left off the provisional Los Angeles 2028 programme.

International Olympic Committee (IOC) President Thomas Bach warned that the proposal for riding's replacement and overall competition format must be finalised before the sport can be considered for Los Angeles 2028, but there is what the IOC has termed a "pathway" for inclusion.

Earlier this month, the UIPM claimed it had received 61 proposals to replace riding.

A final recommendation on the new discipline is expected to be tabled at an Executive Board meeting on Monday (May 2), with test events to follow.

There has also been mixed reaction to the UIPM's revamped World Cup format, with finals held today under the 90-minute model which is set to feature at the Paris 2024 Olympic Games.

Riding is only part of the finals - not featuring in qualification or the semi-finals - adding to the ire of traditionalists who do not want to see the equestrian element diminished.