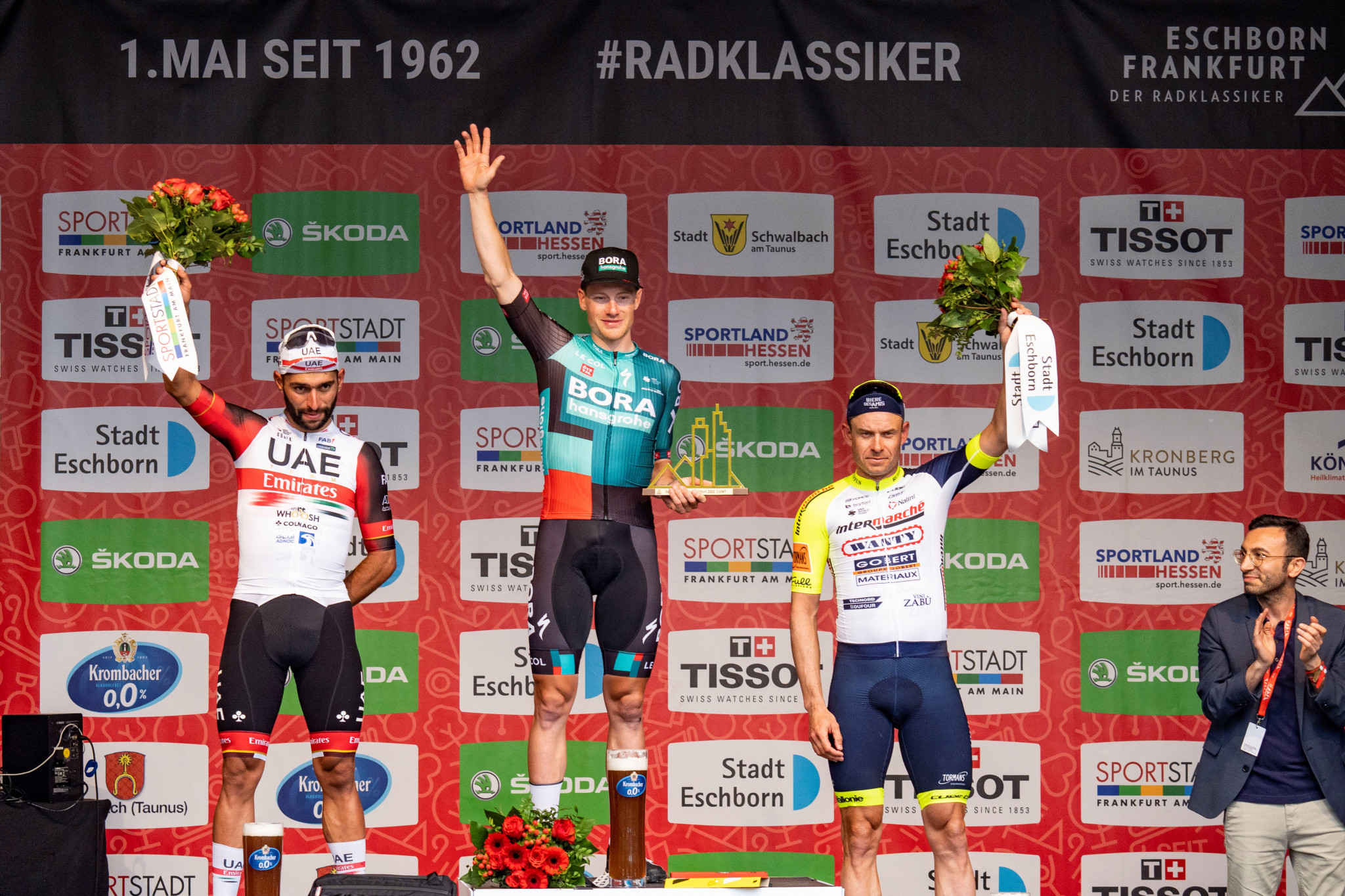 Sam Bennett won the 61st Eschborn-Frankfurt race to claim his first victory of the season and hand Bora-Hansgrohe a home triumph.

The Irishman outsprinted Fernando Gaviria of UAE Team Emirates and Intermarché-Wanty-Gobert’s four-time winner Alexander Kristoff to ensure the only German team on the road triumphed.

Colombia's Gaviria, who moved over from the Tour de Romandie to take on the one-day race, finished second and Norwegian rider Kristoff third.

"I think the team were fantastic today," the one-time winner of the Tour de France points classification said.

Sam Bennett wins the Eschborn-Frankfurt in style as his first win in nearly a year! pic.twitter.com/KwuolckoyY

"They really looked after me all day, helped to control the race, and then in the final there was a perfect job in the positioning.

"Danny really timed the lead out to perfection, brought me inside 200 [metres] to go with a lot of speed.

"I had really good legs as well, but I just want to thank the whole team, the staff, just for supporting me the last few months, getting back on track, and always believing in me.

"I'm super happy with result and it's fantastic to get the win for a German team at a German race."

As well as being Bennett's first win of the season, it is his first since returning to Bora-Hansgrohe.

The next stop for the men's International Cycling Union WorldTour is the three-week Giro d'Italia, which will start in Hungarian capital Budapest on Friday (May 6).