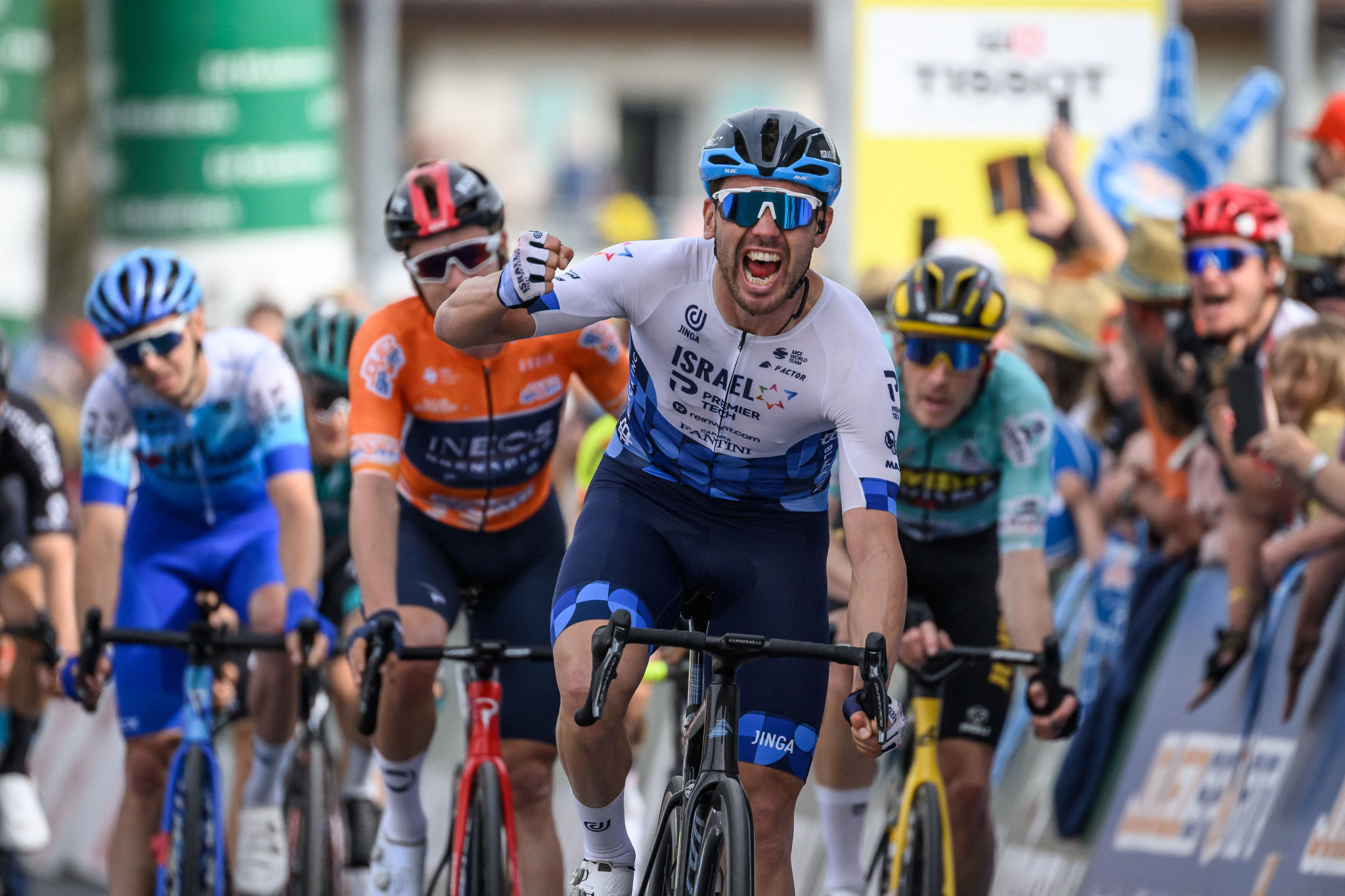 New Zealand’s Paddy Bevin triumphed in a reduced bunch sprint on the third stage of the Tour de Romandie in Valbroye.

A three-rider breakaway of Latvia’s Krists Neilands and Frenchmen Nans Peters and Rémi Cavagna remained clear until the penultimate climb of the day.

A series of attacks followed the end of the breakaway, with Estonia’s Rein Taaramäe going closest to pulling away towards the finish.

Taaramäe launched a solo bid for victory with 4km remaining, but was caught by a rapidly reducing peloton as the finish approached.

Bevin proved the fastest finisher, with the Israel-Premier Tech rider crossing the line in a winning time of 3 hours 53min 27sec.

The New Zealander has enjoyed strong recent form, after winning stage seven and the general classification at the Tour of Turkey earlier this month.

Britain’s Ethan Hayter, the winner of the prologue and stage two, finished as the runner-up on the same time.

"I knew this was a stage where I could be there at the finish and I really wanted to win this sprint," said Bevin, who earned Israel-Premier Tech’s first win of the International Cycling Union WorldTour season.

"I cued up on the wheel of Ethan Hayter and it worked out perfectly.

"It simply couldn’t have gone any better.

"It’s not often that you have a plan in your head and you get to execute it like that."

Dennis remains in the overall race lead, with the Jumbo-Visma rider holding a 14sec cushion over Bevin.

Austria’s Felix Großschartner is third at 18 down.

Tomorrow will see a 180km mountain stage from Aigle to Zinal.

An individual time trial from Aigle to Villars will bring the race to a close on Sunday (May 1).