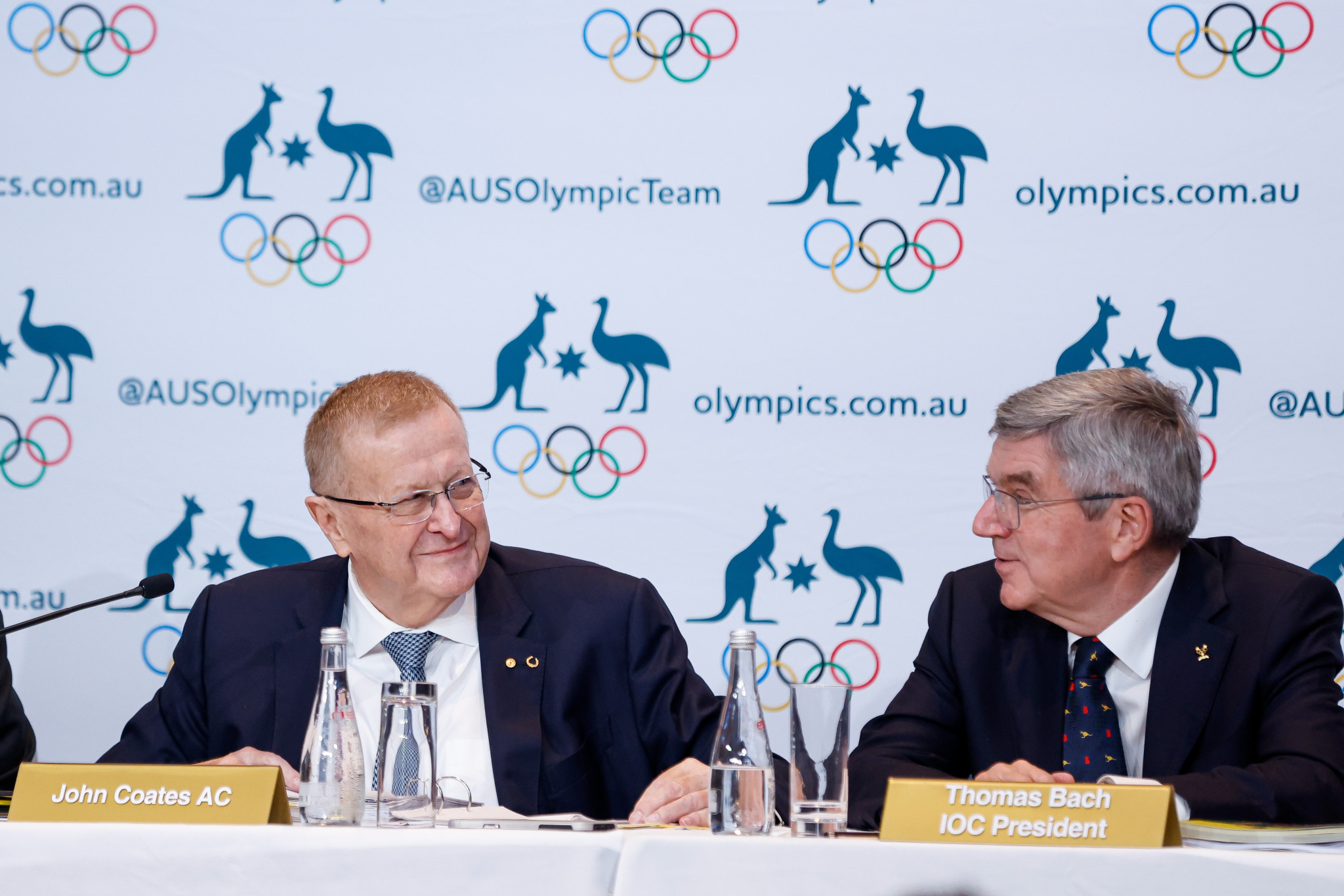 Outgoing Australian Olympic Committee (AOC) President John Coates has insisted Russia "lost their right to membership of the international Olympic community" when the country launched a military assault on Ukraine, as the organisation pledged support for those impacted by the war.

The meeting saw IOC vice-president Coates end his 32-year reign as President of the AOC, with Ian Chesterman taking his place.

During his final address as AOC leader, Coates announced that the organisation’s Executive had agreed to contribute AUD141,000 (£79,000/$100,000/€94,500) to the IOC's Solidarity Fund, set up last month to support the Olympic community in Ukraine.

Russia launched a full-scale invasion of Ukraine in February 24, supported by Belarus.

At least 2,899 civilians have been killed in Ukraine since then, according to the United Nations, and in excess of 5.2 million refugees have fled the country.

The true civilian death toll is believed to be far higher, while some estimates put the combined military death toll above 20,000.

"How sad it is that young men and women must swap their racquets and running spikes for rifles and flak jackets," said Coates.

"How sad it is that any person in the year 2022 must replace the peaceful tools of their trade with weapons necessary for their defence.

"We commend their bravery with heavy hearts in the knowledge that they must face this tragic anachronism.

"Because war is the antithesis of the Olympic ideal.

"We are for the peaceful expression of our best selves.

"We are for the ascension of the human spirit.

"Whereas nothing is as reductive as war.

"Cruel and careless bringing loss and chaos - the current plight of so many Ukrainians.

"Which is why we condemn the acts of the Russian Federation.

"They have lost their right to membership of the international Olympic community.

"There are no stadiums for their colours, no poles for their flags, no music for their songs, and no dais for their athletes.

"That is the position of the IOC and the AOC.

"A position which remains until such time as there is cause to change.

"For the sake of the Ukrainian people and all of humanity, let us hope this cause arrives quickly.

"To hasten its arrival, we must do what we can."

Russia and Belarus have been largely frozen out of the sporting world as organisations impose sanctions in response to the widely-condemned war in Ukraine.

The IOC urged International Federations to ban Russian and Belarusian athletes and not to stage events in the two countries.

IOC members from Russia have also not been suspended.

Speaking at the AOC AGM, Bach said the IOC’s response to the war had been "widely appreciated" by Governments and organisations "both within and outside the Olympic Movement".

The German official claimed that Huttsait praised the organisation for sending a "clear and strong signal to the entire sport community that the IOC stands with Ukraine in this difficult time".

According to the IOC, more than $2 million (£1.5 million/€1.8 million) has been allocated to its Solidarity Fund to help Ukrainian athletes continue to take part in competition by providing training support, training facilities, accommodation, equipment and uniforms.

"While all this brought clarity to all stakeholders of the Olympic Movement and helped us to maintain unity, it also highlights the dilemma that we are facing with this breach of the Olympic Truce," said Bach.

"We cannot fully live up to our mission to unify the world in a peaceful competition.

"The war in Ukraine is unique for the Olympic Movement precisely because it is such a blatant violation of the Olympic Truce, but also because of the global response.

"All this does not, however, make us forget the victims of the far too many other wars and conflicts in our fragile world.

"In our Olympic community we are all equal and this is why everyone affected by war deserves our attention and support.

"This is exactly what we are continuing to do.

"Fortunately, the Olympic Movement can address these challenges from a position of strength.

"In our uncertain times, this position was never a foregone conclusion.