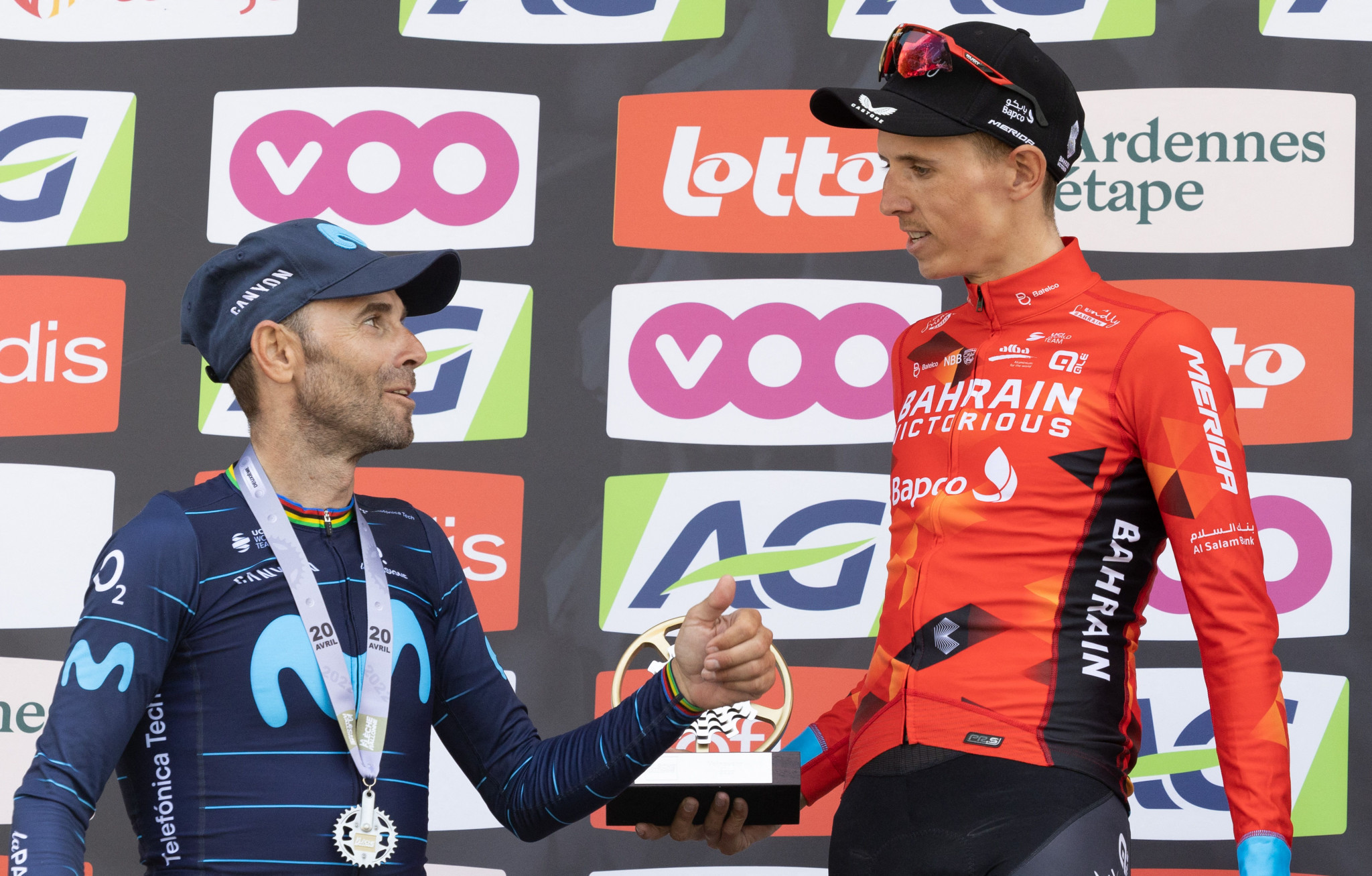 The final climb is typically the decisive moment of the 200-kilometre race from the city of Blegny to the municipality of Huy.

Valverde’s Movistar team set the pace on the climb in a bid to set the 42-year-old Spaniard up for a sixth victory at the one-day race.

Teuns was able to deny Valverde with the Bahrain Victorious rider sprinting past the veteran to claim victory in a time of 4 hours 42min 12sec.

Valverde finished as the runner-up at two seconds down in his final appearance at the race before retirement at the end of this season.

Teuns paid tribute to Valverde following the race, which the Spaniard has won a record five times.

"Before the climb I knew I had to be in good position if I wanted to win," Teuns said.

"I was stressing up a bit, so I re-focused and tried to think about nothing in order to find a good position on the approach to the climb.

"Then everything fell into place.

"When Alejandro Valverde launched his acceleration, it was the perfect moment also for me to go.

"He is 42 years old, and I don’t think by that age I will be doing what he is doing now.

"He is the King of the Mur de Huy.

"I was next to him five years ago, in third place, disappointed that I couldn’t follow his wheel when he did his last acceleration.

"Today it was the other way round - and I’m super proud of it."

Aleksandr Vlasov, who is competing as a neutral athlete following sanctions imposed on Russia due to the war in Ukraine, finished third on the same time as Valverde.

The Netherlands’ Annemiek van Vleuten and Italy’s Marta Cavalli battled for victory in the closing kilometre of the 133km women’s event.

Van Vleuten had launched the final attack on the climb, but the Movistar rider was denied by Cavalli.

The FDJ Nouvelle-Aquitaine Futuroscope rider sprinter though to win the 25th edition of the women’s race in a time of 3:38:37.

Cavalli was the first rider other than Anna van der Breggen to win the race since 2014, with the now-retired Dutch star having won the past seven editions.

She could join Van der Breggen in becoming the second woman to complete the Ardennes triple by winning Liège-Bastogne-Liège, having already triumphed at the Amstel Gold Race.