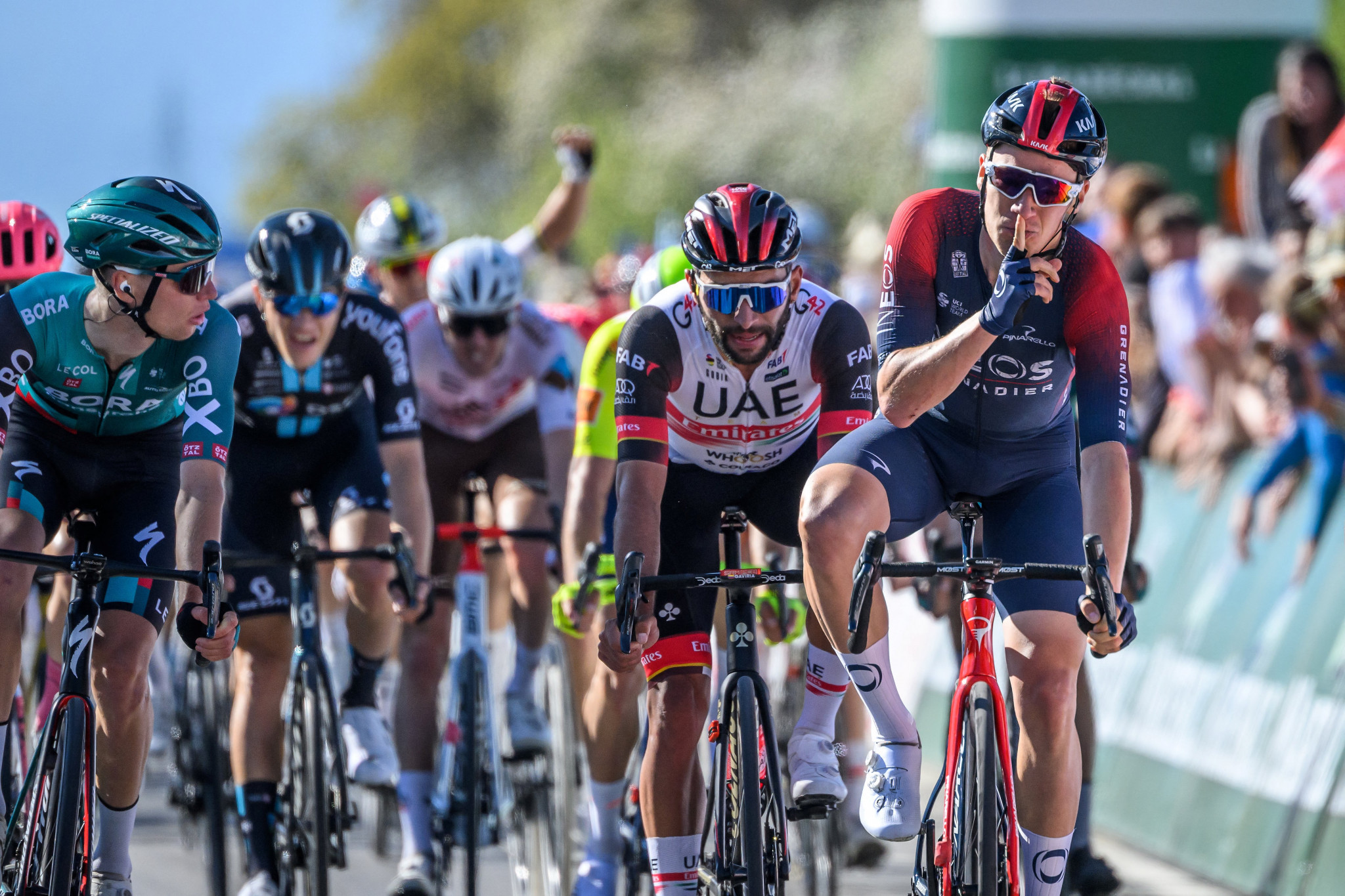 Britain’s Ethan Hayter earned his second win at the Tour de Romandie with the Ineos Grenadiers’ rider triumphing in a bunch sprint in Échellens.

Hayter had mixed fortunes on the opening two days of the race, with the 23-year-old winning the prologue before crashing out of the leader’s jersey on the opening stage yesterday.

The British rider proved the fastest finisher at the end of today’s stage, which started and finished in Échellens.

The bunch sprint followed eight loops of the circuit in the Swiss canton of Vaud.

Hayter launched his sprint early, before holding off the challenge of Spain’s Jon Aberasturi and Colombia’s Fernando Gaviria.

The Ineos Grenadiers rider crossed the line in a winning time of 4 hours 4min 55sec.

Aberasturi and Gaviria were second and third on the same time.

"We knew the stage victory was possible but I didn’t know how I’d be after yesterday,” Hayter told the Ineos Grenadiers website.

"I rode my way into the stage and the team were amazing today.

"It’s probably my nicest win - they took it on and we were in position to take the race on like that.

"To finish it off with a win is amazing."

Australia’s Rohan Dennis remains in the race lead following the stage, with a 16sec advantage over Austria’s Felix Großschartner.

The International Cycling Union WorldTour race will continue tomorrow with a 165-kilometre stage starting and finishing in Valbroye.