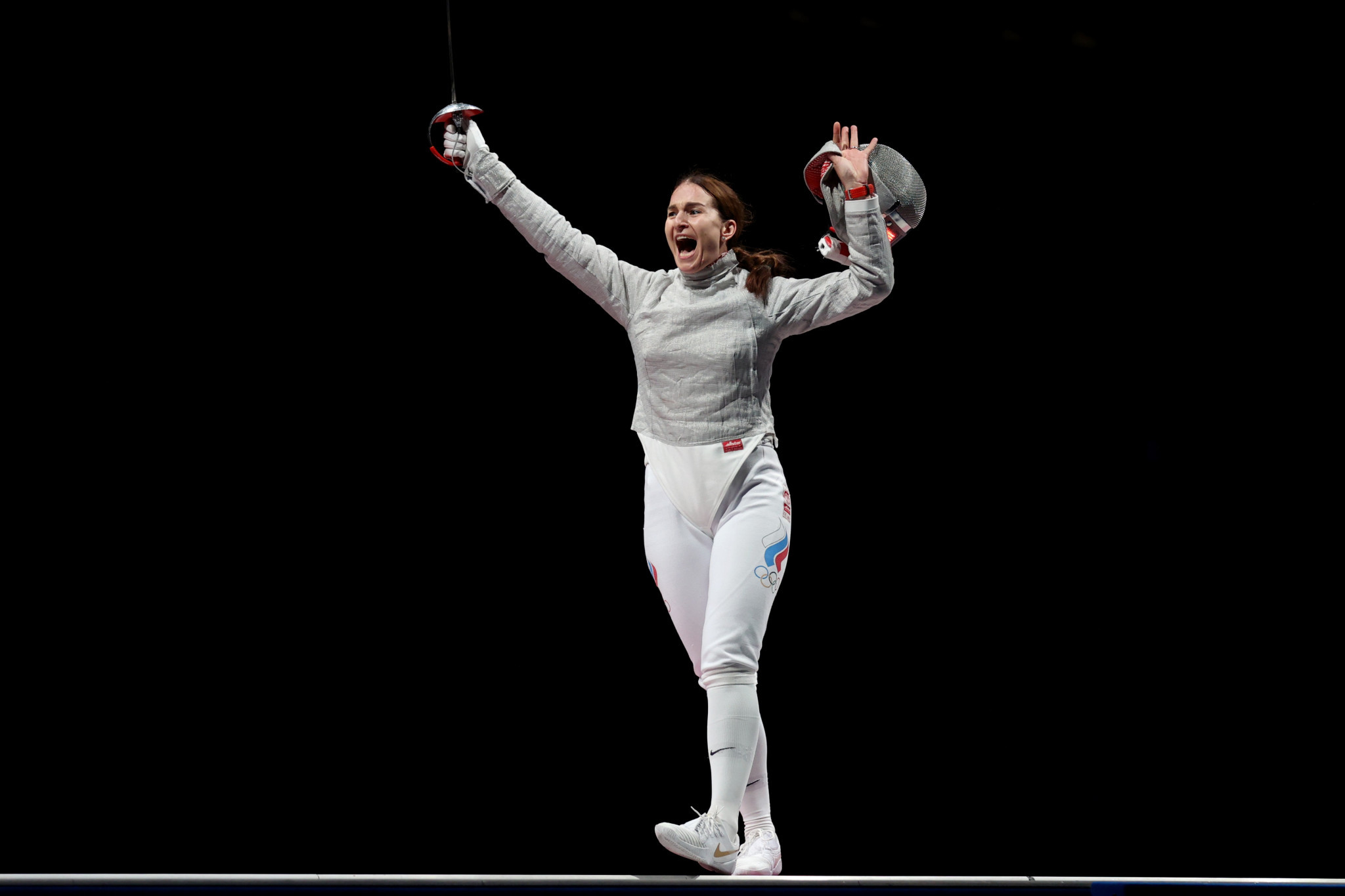 Two-time Olympic fencing gold medallist Sofya Velikaya has revealed that she will shun the Olympic Games unless Russian athletes are allowed to compete under their national flag and anthem.

Velikaya, head of the Russian Olympic Committee (ROC) Athletes' Commission, has called for "equal conditions" for athletes from Russia as she threatened to boycott the Games.

The 36-year-old competed in Russian colours at the Rio 2016 Olympics where she achieved team sabre gold and individual sabre silver.

Four years later, Velikaya repeated that success at Tokyo 2020 but was representing the ROC.

She also carried the ROC flag at the Opening Ceremony of the Games alongside Maxim Mikhaylov.

Russia's name, flag and anthem were banned as part of sanctions imposed by the World Anti-Doping Agency (WADA) in connection with the manipulation of data from the Moscow Laboratory.

WADA initially issued Russia with a four-year ban, but it was reduced on appeal to two years by the Court of Arbitration for Sport in December 2020.

The ban is due to be lifted in December, but Russia has become a pariah in the world of sport after sanctions were imposed by a large number of organisations in response to the country's military assault on Ukraine.

The International Olympic Committee has recommended that International Federations ban Russian and Belarusian athletes due to the two nations' involvement in the war in Ukraine.

Paris' Mayor Anne Hidalgo has also hinted that she could back a ban on Russian and Belarusian athletes at the Olympic Games in the French capital in 2024.

"I participated in the Games in Rio de Janeiro when there was such an opportunity, but restrictions were already introduced against our athletes," said Velikaya in a report by Russia’s official state news agency TASS.

"We went to Tokyo under the flag of the ROC.

"We all the time (sic) hoped that the restrictions and pressure that were in our direction would end.

"But it only grew.

"Everyone should be on an equal footing - to perform under their own flag and with their own anthem.

"Now the Olympic Movement is a big question.

"Until equal conditions are created, I would not go to the Games."

The forum is taking place following a joint meeting between Athletes' Commissions of both the National Olympic Committee of the Republic of Belarus and the ROC.

Athlete Commission representatives from the two countries discussed steps to ensure athletes are protected on the international stage.

"The main thing is to support each other and stay in shape," said Velikaya.

"We strongly disagree with this decision, but we hope that the situation will change.

"Athletes from our countries should be ready for this.

"They must develop, be psychologically stable, not stop at the level they have reached."