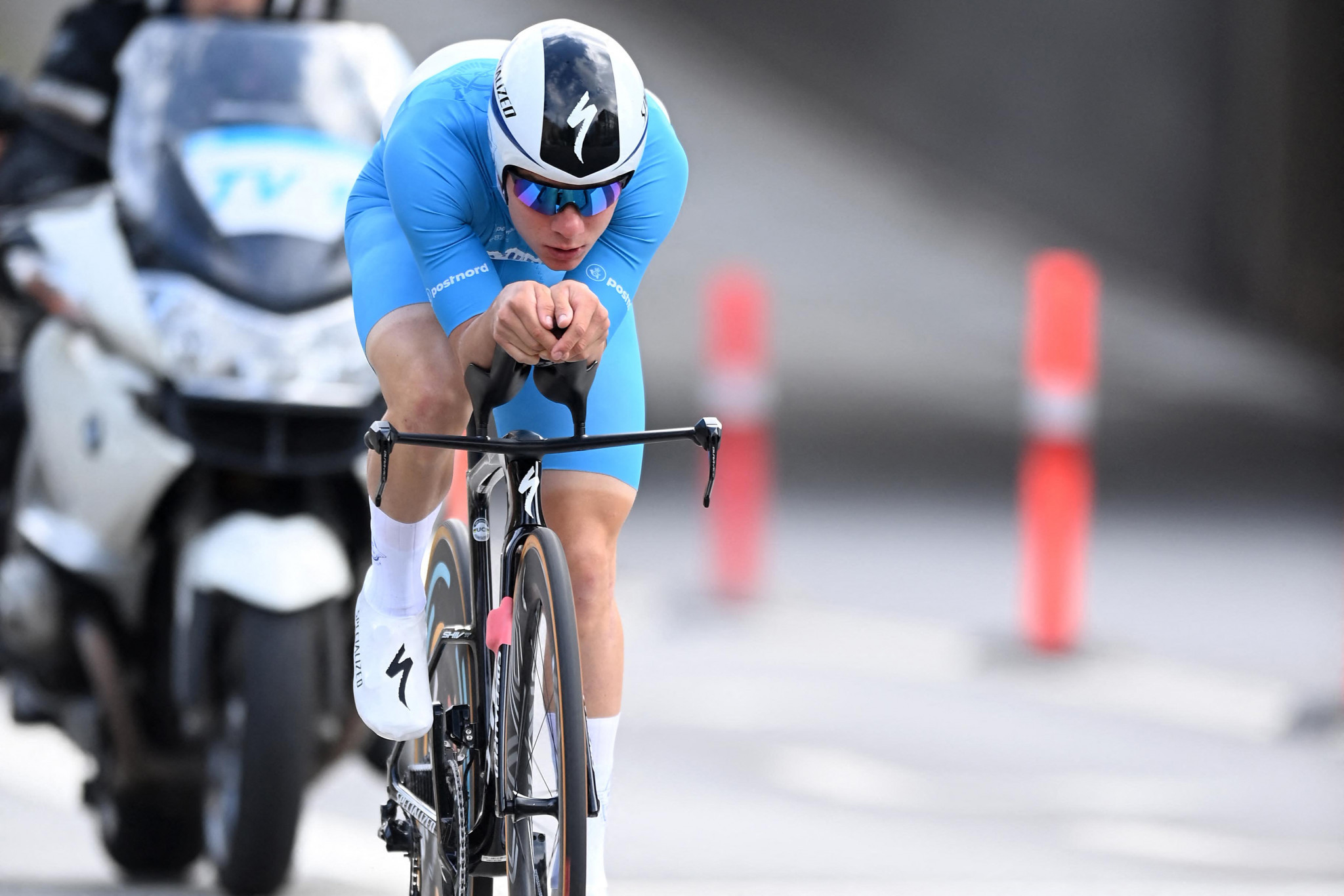 Fellow Belgian Quinten Hermans of Intermarché-Wanty-Gobert came second, with Wout van Aert competing for Jumbo-Visma, completing a clean sweep for the host nation, at 48 seconds behind Evenepoel, who powered away from the group of favourites on the Côte de La Redoute climb.

Evenepoel crossed the line in a time of 6hrs 12min 38sec to claim gold in the men's race.

This is the first time Liège-Bastogne-Liège has featured a full Belgian podium since 1976.

"I think today was my best day on the bike maybe ever," said Evenepoel.

"The perfect day to have my best day on the bike, I guess.

"I’ve been suffering a lot, mentally and physically, over the last year and a half.

"[QuickStep] always believed in me, even when I had difficult days like in Tirreno."

Meanwhile, Alaphilippe, who was among several riders to crash with 62 kilometres remaining, suffered two broken ribs, a broken scapula and a collapsed lung in the incident.

He landed in a ditch and hit a tree, and has been taken to hospital, where he is being kept for observation overnight, as reported by BBC Sport.

In the women's event, The Netherlands Annemiek Van Vleuten of Movistar enjoyed a solo victory as she claimed the title for the second time in her career.

"To have the confidence today to go all-out twice and have it work out, that’s the best," said Van Vleuten.

"It could have been an option to go all-out only on the Roche-aux-Faucons.

"But it is a new final, you don’t have the Saint-Nicolas anymore, and I know that I have better chances when I go all-out twice.

"It’s like with good wine, the strength also comes with age, and the more efforts I make, the more chances I have to break away."

Following her second place at La Flèche Wallonne on Wednesday (April 20), Van Vleuten made her final move on the Côte de la Roche-aux-Faucons, where she went past Australian Grace Brown of FDJ Nouvelle-Aquitaine Futuroscope to go solo.

The 39-year-old came home 43 seconds in front of a group of five, while Brown managed to beat Dutch rider Demi Vollering of Team SD Worx in the sprint to claim silver.