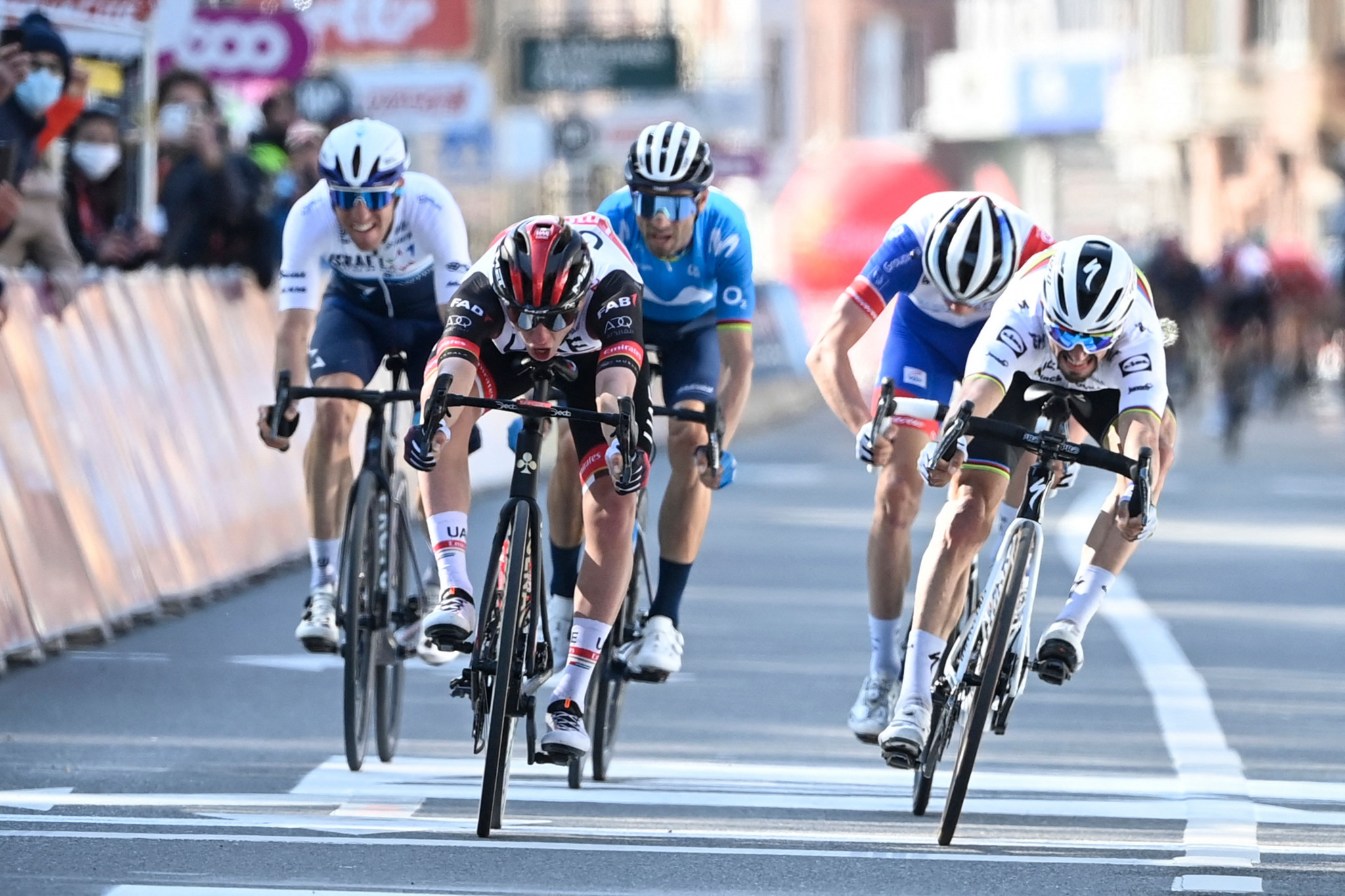 Slovenia’s Tadej Pogačar and Demi Vollering of The Netherlands triumphed at Liège–Bastogne–Liège after triumphing in sprint finishes from breakaway groups at the one-day race in Belgium.

A five-man leading group pulled clear on the final climb at la Côte de la Roche-aux-Faucons, with 13 kilometres of the 259.5km race remaining.

Valverde, a four-time winner of the race, attempted to lead out the final sprint but the 40-year-old was unable to add to his previous victories.

A strong sprint from Pogačar saw the Slovenian fend off the challenge of Alaphilippe and Gaudu to triumph in 6 hours, 39min and 26sec.

Alaphilippe was forced to settle for second place for the second straight year, after finishing as the runner-up to Slovenia’s Primož Roglič back in October.

Vollering crossed the line in 3:54.31 at the conclusion of the 140.9km race to secure a maiden victory in a classic.

Van Vleuten completed a Dutch one-two, with Longo Borghini finishing on the same time in third.