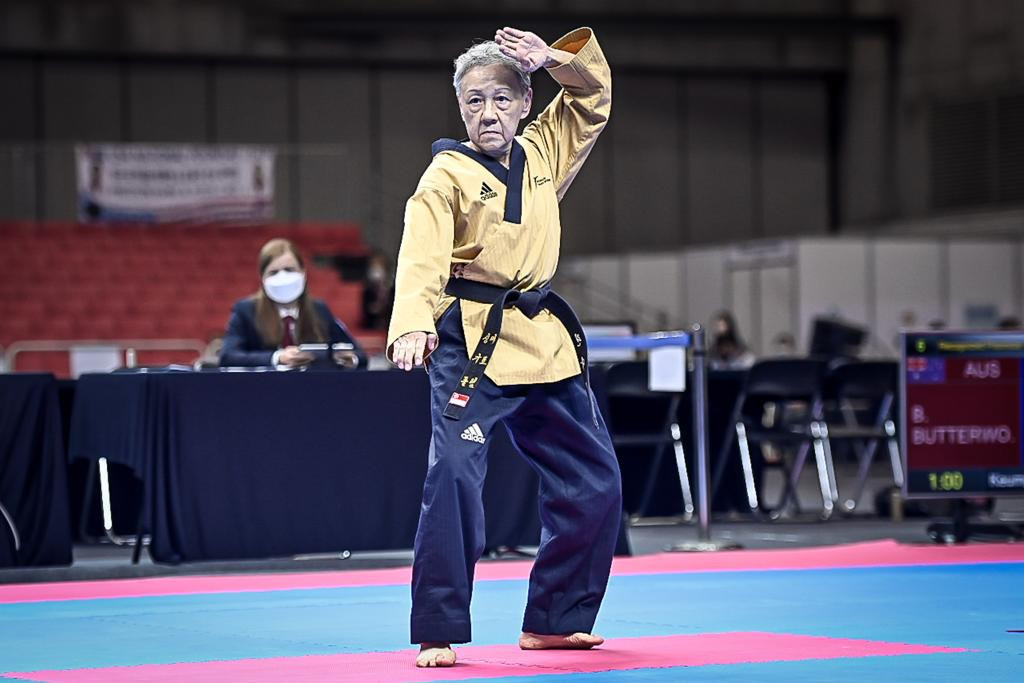 Linda Sim of Singapore was among the winners on the third day of the World Taekwondo Poomsae Championships in Goyang.

Competing under the World Taekwondo banner with the Singapore Taekwondo Federation suspended, Sim triumphed in the women's individual over-65 event in the recognised discipline at the Korea International Exhibition Centre.

"This is my dream come true."

South Korea continue to lead the medals table, adding a further five golds to take their tally to 16 at the home World Championships.

Jang Jae-uk came out on top in the recognised men's individual under-40 competition, with Lee Jun-hee and Lee Seung-ju winning the individual junior and cadet titles, respectively.

In the freestyle discipline, Jang Han-sol and Lee Jin-ho won gold in the women's and men's under-17 events, respectively.

Chinese Taipei added a fourth gold of the World Championships in the recognised pair under-30.

Spain and the United States both have three golds.

The American recognised women's cadet team won their event, as did Spain's recognised pair over-30.

The other gold on the third day of competition went to Mexico in the freestyle pair over-17 event.

The World Taekwondo Poomsae Championships are set to conclude tomorrow.