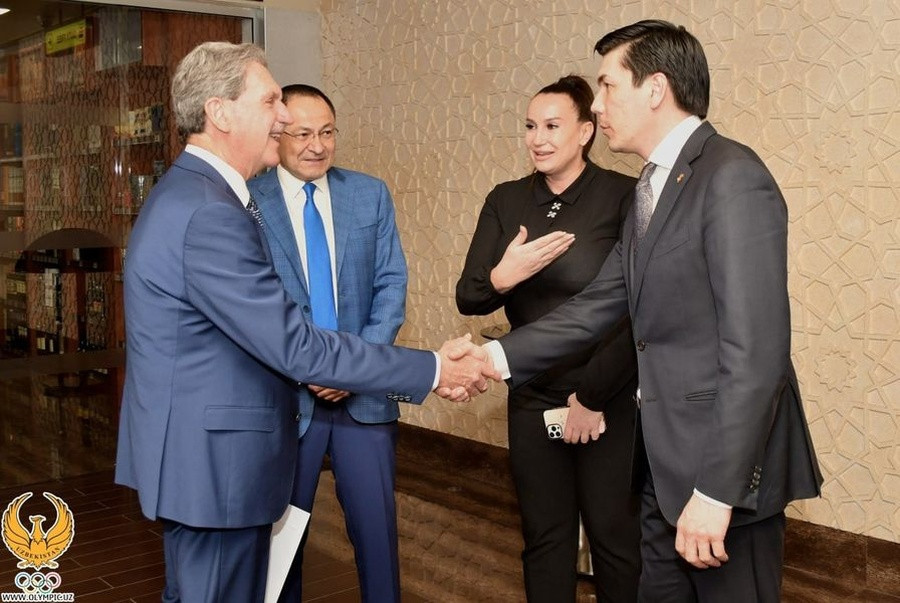 President of the International Tennis Federation (ITF) David Haggerty has been welcomed by the National Olympic Committee of Uzbekistan (NOCU) in Tashkent to witness the country's plans to develop tennis first-hand.

Haggerty, an International Olympic Committee member, was met at the Tashkent International Airport by the country's Minister of Sports Development Adham Ikramov and the NOCU's secretary general Oybek Kasimov.

Uzbekistan Prime Minister Abdullah Aripov then welcomed the American in the capital.

The pair discussed the further growth of tennis in Uzbekistan, the potential of hosting major international tournaments, ITF grants for local players and officials from the country umpiring the ITF's top tier events.

Haggerty, who was making his first visit to the country, then visited the NOCU headquarters where he met officials from the Ministry of Sports Development, the organisation's deputy chairman Sherzod Tashmatov and secretary general of the Tennis Federation of Uzberkistan Iroda Tulaganova.

The ITF head then visited the Republican Tennis School of the Olympic Reserve where he met young tennis players and watched them train.

His final stop was at the State Museum of Timurid History.

The Tashkent Open used to be a regular feature on the Women's Tennis Association Tour from 1999 until it was replaced by the Lyon Open in 2020 while the Association of Tennis Professionals men's version ran from 1997 until 2002 and is now defunct.