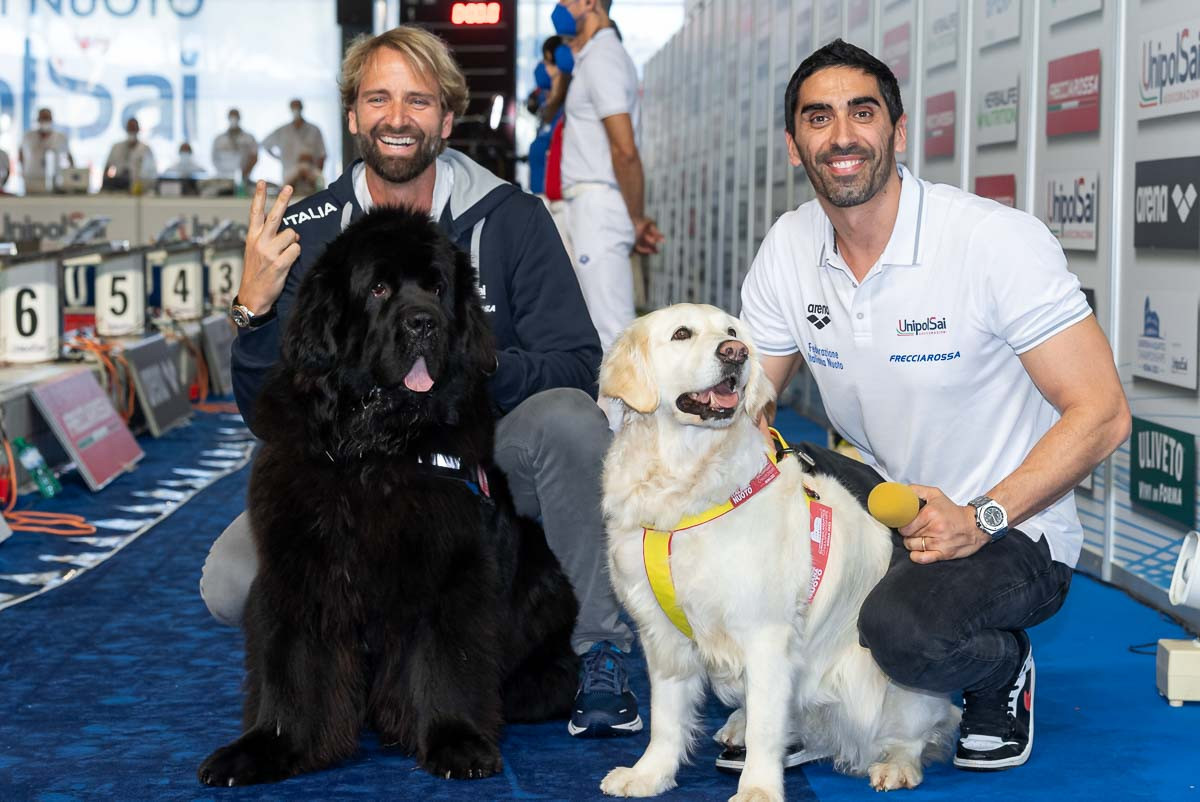 Two rescue dogs have been named the official mascots of the 2022 European Aquatics Championships in Rome, making it a rare occasion of live animals being the cuddly face of competition.

Lea, a golden retriever, and Gastone, a newfoundland, were chosen from 43,064 votes from the aquatics community.

"The idea of having two living mascots comes out from the desire to promote the extremely important role of the Italian Swimming Federation's lifeguards and the lifesaving swimming department, to further increase the curiosity and interest of children and therefore families," said Barelli.

"Leading up to the event and during competition, Lea and Gastone will show the commitment of canine units and the entire rescue swimming movement at the service of citizens, who must be able to safely experience Italy's 7,500 kilometres of coastline and stretches of lake and river water.

"Over the years, the number of deaths due to drowning and submersion and bathing accidents have decreased significantly, but our commitment is aimed at reducing it to zero cases.

"Learning to swim saves lives, this is the message we would like to carry out with even more determination."

Both dogs will be reproduced as soft toys too for the European Championships, scheduled for August 11 to 21.

They are also to act as mascots for the 2022 World Lifesaving Swimming Championships, set to take place in Riccione from September 21 to October 2.

The pair were favoured by 44 per cent of people on Facebook and 34 per cent on the Roma 2022 website.