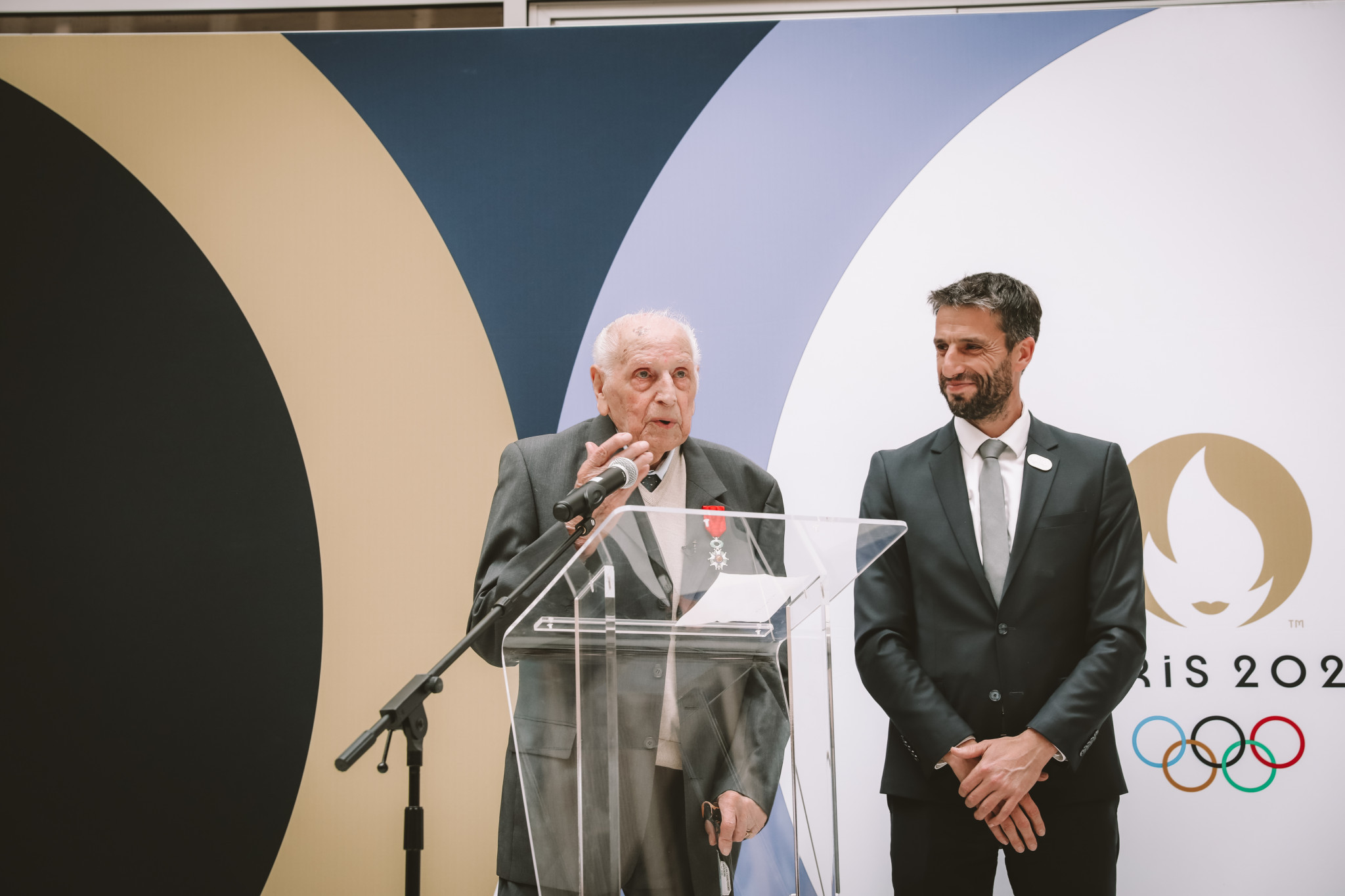 The highest order of merit in France has been awarded to all Olympic gold medallists since Helsinki 1952.

Coste, now aged 98, triumphed in the team pursuit at London 1948, meaning that he missed out on the Legion of Honour until receiving it from Estanguet.

His team-mates in the final victory over Italy at the Herne Hill Velodrome - Fernand Decanali, Pierre Adam and Serge Blusson - have all died.

Coste was presented with the honour at the Paris 2024 headquarters, and shared his memories from London 1948, including the French anthem La Marseillaise not being played after their victory because "I think they had lost the record".

He also reflected on his experience at the first Summer Olympics after the Second World War.

"The city was still under the rubble and the supply tickets," Coste said.

"We slept in small rooms with our bikes between the beds."

Coste requested that he received the Legion of Honour from three-time Olympic canoeing champion Estanguet.

"I admired him as a champion and in his competitions, he represents the sport well," he said.

"Besides, he's a gentleman."

Estanguet expressed his respect for Coste in his speech.

"Seventy-four years of waiting, very long for a runner as fast as you," the Paris 2024 President said, as reported by L'Équipe.

"We would have liked this honour to come to you sooner and it is with great pride and great emotion that we receive you today."

L'Équipe also reported that Estanguet has invited Coste as a guest of honour to the Olympics in Paris in two years' time.

Paris last staged the Games in 1924, the year of Coste's birth, and he is excited that they will be returning to the French capital.

"I think these Games will be great, it's a unique opportunity for France."

Paris 2024 is set to be the third time the city has held the Olympics.