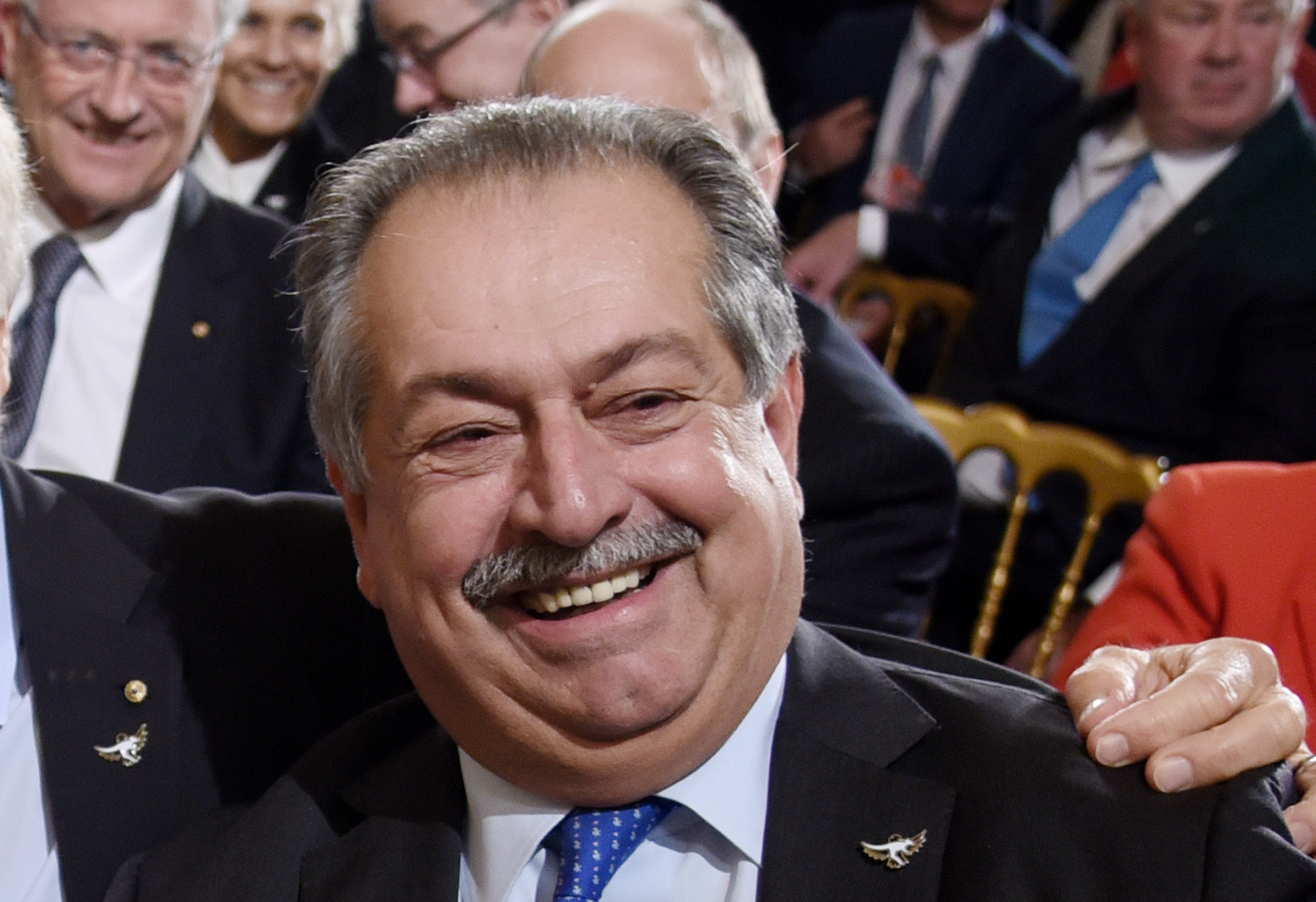 Former Dow chairman and chief executive Andrew Liveris has been appointed President of Brisbane 2032 as the Organising Committee's final five members were confirmed.

Reys, Clark, Kelly and Scott will all be independent directors.

Liveris is the chairman of Lucid Motors and BlackRock Long Term Private Capital, but his former position at ex-The Olympic Partner (TOP) sponsor Dow has been played up by Australian Olympic Committee (AOC) President John Coates, who is also on the Brisbane 2032 Board.

Liveris is said to be known to the International Olympic Committee (IOC) and familiar with the Olympic Movement owing to his former role at Dow, a chemicals giant.

Liveris also has links to former United States Presidents Donald Trump and Barack Obama, and has been an advisor for Scott Morrison's Australian Government.

"He adds tremendous value and international credibility," Coates, who is also an IOC vice-president, said.

"The strong representation of Olympians and Paralympians on the Board will ensure athletes remain the focus of our preparations."

The Organising Committee Board now has 21 members.

Liveris spent 42 years at Dow, culminating in a 15-year spell as chairman and chief executive.

Dow was a TOP sponsor from 2010 until the conclusion of the Tokyo 2020 Olympic cylce.

The University of Queensland graduate is now chairman for Lucid Motors, which specialises in electric cars, as well as holding a senior position at BlackRock, the world's largest asset manager.

It was disbanded after less than a year.

Obama named Liveris co-chair of the Advanced Manufacturing Partnership during his premiership.

More recently, Liveris was one of the architects of a report which called on Australia to invest in gas to support its recovery from COVID-19, while acting as an advisor to the Morrison Government.

Liveris was a special advisor to the National COVID-19 Coordination Commission, although the gas-based policy has proved controversial.

Some have questioned Liveris' links to the chemicals industry and whether investing in gas will be prosperous for Australia, while Liveris at one stage had to walk back a claim there were 850,000 people employed using gas as a feedstock in Australia - a figure believed to be more than 800,000 higher than the true number.

Reys, who is Djiribul, is an indigenous specialist regarded as an industry leader in the corporate indigenous and reconciliation field and works as chief executive of Arrilla Indigenous Consulting.

The Djiru people are an Aboriginal group whose historic lands are on the north coast of Queensland.

Scott won a silver medal in the men's pair rowing at the Atlanta 1996 Olympic Games.

Now the President and chairman of Rowing Australia, Scott is also the chief executive and managing director of Wesfarmers Limited.

Clark is the chair of Queensland Rugby Union and a former Queensland Ballet director, as well as founding online retailer ePharmacy.

"These Games aren’t just an opportunity for our next generation of sporting talent, but they're an opportunity to further unlock the potential of Queensland and spread the benefits across the country," Australian Prime Minister Morrison said.

"The Board of the Organising Committee represents some of this country’s most successful leaders who will ensure the 2032 Games are the world's best ever."

The Board is due to meet for the first time later this month.

Bronte Barratt represents Olympic athletes on the panel and Kurt Fearnley is the Paralympic equivalent.

Tracy Stockwell, née Caulkins, who was a treble gold medallist at the Los Angeles 1984 Olympics representing the US and is now Swimming Australia President, plus fellow Olympians Natalie Cook and Patrick Johnson complete the Board.

Johnson, who is Kaanju, holds the country's 100 metres record, while Cook won a beach volleyball gold medal at Sydney 2000.

"I am pleased to see the diversity of the Board, with representatives advocating for our First Nations People, and voices championing accessibility, inclusion, and the regions to ensure tangible and meaningful conversations are had at the Board table," O'Callaghan said.

It means a great deal to be able to work with the Board of the Brisbane 2032 Olympic and Paralympic Games as President and contribute to this important moment in our history > https://t.co/PyNEmgYbUA @Olympics @Paralympics @AnnastaciaMP @ScottMorrisonMP #Brisbane2032 pic.twitter.com/pKsQb2eEGL

Palaszczuk added that she was confident the Board could capitalise on what "will be the biggest single transformational event in a generation".

"Our job is to honour the commitments I made to the International Olympic Committee but also provide a lasting legacy for our state and I am confident that is exactly what we will achieve."

Brisbane was confirmed as the 2032 Games host at the IOC Session in Tokyo on July 21 last year.

It was the sole candidate presented to the Session, having already been approved by the IOC Executive Board.

It is the first time that Olympic hosting rights have been awarded under the new system, whereby a traditional bid race has been replaced by the IOC Future Host Commission identifying and proposing hosts to the Executive Board.