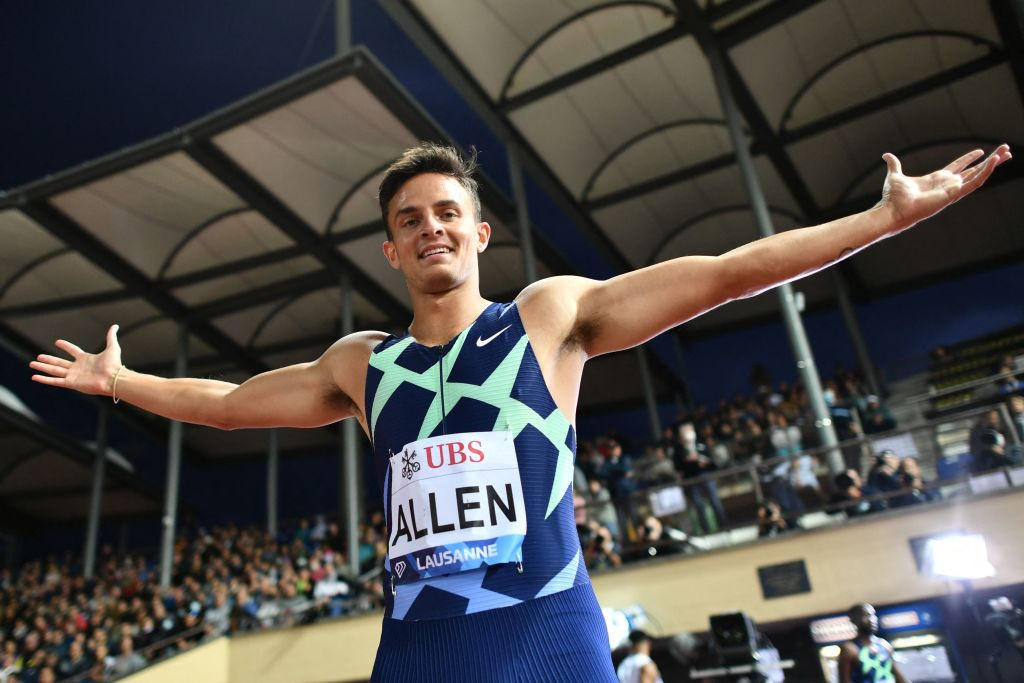 Devon Allen, who missed an Olympic 110 metres hurdles medal by one place in Tokyo last summer, has been offered a contract by National Football League side Philadelphia Eagles.

The 27-year-old from Phoenix, Arizona, who was a promising wide receiver for the University of Oregon before concentrating on athletics following a series of knee injuries, impressed the Eagles staff when he was put through his paces at the team’s NovaCare Complex on Thursday.

Last Friday, Allen, who set a 110m hurdles personal best of 12.99sec in his final competition of 2021, having won the Diamond League title in Zurich, took part in Oregon's Pro Day and was officially timed at 4.35sec in the 40-yard dash.

Allen, who hasn’t played American Football since 2016, told reporters he wanted to pursue his NFL dream before he was too old to give it a go.

"It's now or never because I don't want to get too old," he said.

"I know the skill gap is still there from college to the NFL, but I think when I did play college and when I did play at a pretty good level, I would consider myself talented enough to play in the NFL."

Dave Spadaro, writing for philadelphiaeagles.com, commented: "Clearly, he showed enough at Oregon's Pro Day to earn a contract from the Eagles, who are interested in taking a longer look.

"Roster spots aren't easy to come by in the NFL, so the Eagles are intrigued enough to bring him onboard and see how his skills compare on the football field in 2022."

He had made a big impression playing for the University of Oregon having been rated a four-star recruit from high school.

In 2014, he caught 41 passes for 684 yards and seven touchdowns before suffering a knee injury during the opening kick-off of the Rose Bowl.

In 2015, Allen caught nine passes for 94 yards and then had four receptions for 141 yards and a touchdown in 2016 before suffering another knee injury.

In that same year of 2016 he won the National Collegiate Athletics Association (NCAA) 110m hurdles title and the first of three US national titles before making his first Olympic appearance at the Rio 2016 Games, where he finished fifth.

Allen becomes the latest in a long tradition of track and field athletes who have moved across to NFL.

Willie Gault, a member of the United States team that set a world 4x100m record of 37.86sec at the inaugural World Athletics Championships in 1983, later spent 11 years in the NFL as a wide receiver, making his mark with the Chicago Bears and playing in their 1985 Super Bowl-winning team.