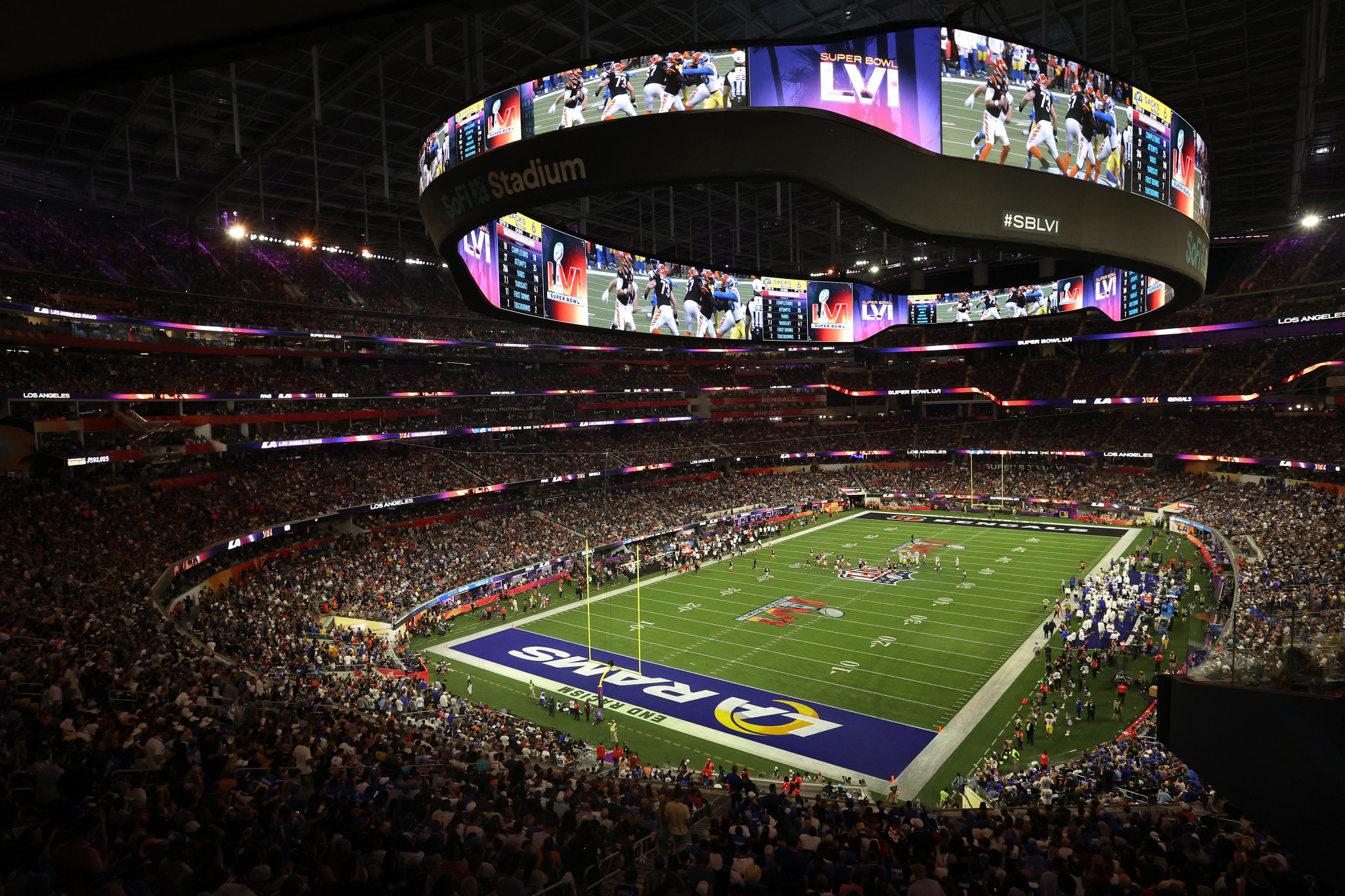 Marquee Los Angeles 2028 venue SoFi Stadium has received rave reviews after staging Super Bowl LVI - the first of what is expected to be many sporting mega-events at the most expensive stadium ever built.

The complex in Inglewood had an estimated cost of $5 billion (£3.6 billion/€4.4 billion) to build and housed more than 70,000 spectators for yesterday’s climax of the National Football League (NFL) season.

The Los Angeles Super Bowl Host Committee, tasked with delivering the Super Bowl experience and acting as a go-between for the NFL and Los Angeles, was chaired by Casey Wasserman, who is also the Los Angeles 2028 chairperson.

SoFi Stadium opened in 2020, but fans were not able to attend for the first season of it staging NFL games because of the COVID-19 pandemic and a series of concerts were cancelled for the same reason.

While some concerts have since taken place and spectators could attend Los Angeles Rams and Los Angeles Chargers games at SoFi Stadium this season, the Super Bowl marked the venue’s first major event and it largely did not disappoint.

Mike Vaccaro of the New York Post described the venue as "magnificent" and "Disneyland for Football Fans".

"I’m honestly not sure how Rams and Chargers security personnel get people to leave here every week", added Vaccaro in a piece which bemoaned a gulf in class between SoFi Stadium and New Jersey's MetLife Stadium.

Bill Plaschke, in a Los Angeles Times column declaring that the city "is where you [the Super Bowl] belong", called the stadium "a beauty, but it’s a beast", juxtaposing the "breathtaking video board" with traffic "hell" which can accompany matchdays in Inglewood.

Among SoFi Stadium’s signature attractions is a giant, two-sided video board which Samsung says is the largest ever created for a sporting venue and features the most light-emitting diodes ever used in a sports or entertainment complex.

The venue has a fixed, transparent roof but open sides, giving the feel of an outdoor stadium while protecting fans from the elements, and related tweets were displayed on the roof in the build-up to and after the Super Bowl.

The playing surface itself is sunken to reduce the height of the complex, and said playing surface also facilitated a halftime show which was heavily influenced by California and Los Angeles.

Los Angelinos Dr Dre and Snoop Dogg opened the show, with Kendrick Lamar - another of the city’s sons - also performing, while Anderson Paak from Oxnard played the drums.

The Rams beat the Cincinnati Bengals 23-20 to win Super Bowl LVI itself.

Chloe Kim, who last week defended her Olympic snowboard halfpipe crown at Beijing 2022, was one of dozens of stars from the Olympic world in attendance.

Kim is from Los Angeles.

Japanese tennis star Naomi Osaka, who lit the Olympic Cauldron at Tokyo 2020, was at SoFi Stadium and dubbed the halftime show "iconic".

SoFi Stadium is due to host elements of the Opening and Closing Ceremonies come the 2028 Olympic Games, as well as archery.

Before then it is set to host collegiate American football's biggest game, the College Football Playoff National Championship, next January.