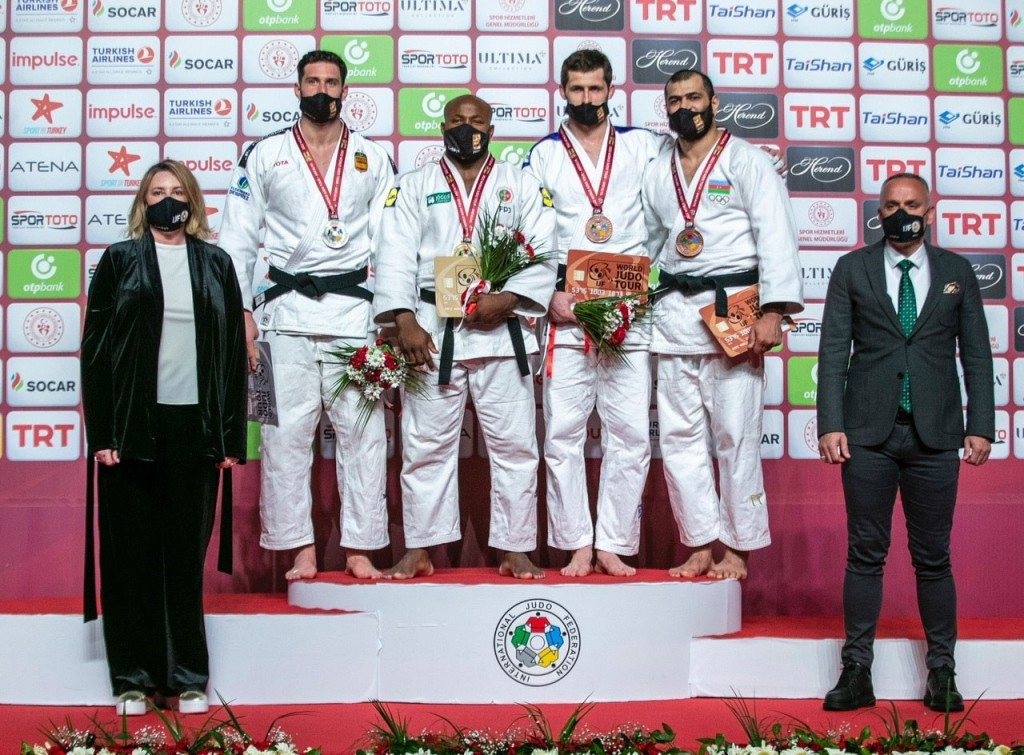 Portugal’s Jorge Fonseca emerged as the winner in a battle between two multiple world champions on the final day of the International Judo Federation (IJF) Antalya Grand Slam.

Fonseca earned four consecutive wins at the Antalya Sports Hall in Turkey to reach the men’s under-100 kilogram final.

The two-time reigning world champion would face the challenge of Spain’s Nikoloz Sherazadishvili, who now competes in the weight division after winning world titles in 2018 and 2021 in the under-90kg event.

Fonseca overcame the challenge of Sherazadishvili to top the podium, with the Portuguese judoka securing a match winning ippon in the contest.

The Cuban star required a golden score period to beat Georgia’s Luka Maisuradze in the final, with the officials awarding an ippon after a successful throw.

Toth responded from his earlier defeat to secure a bronze medal, as he beat Jesper Smink of the Netherlands.

He was joined on the podium by Brazil’s Rafael Macedo, who saw off the challenge of Canada’s Louis Krieber Gagnon.

The Georgian, who was crowned world champion in 2018, fell a waza-ari score behind to Uzbekistan’s Alisher Yusupov but responded with an ippon to claim the Grand Slam title.

The 2021 champion reached the women’s over-78kg final again, but suffered defeat to France’s Lea Fontaine after being pinned.

Fontaine was joined by team-mate Julia Tolofua on the podium, having won an all-French semi-final earlier in the day.

Reigning world champion Anna-Maria Wagner was crowned as the winner of the women’s under-78kg competition.

The German judoka triumphed in the final against the Netherlands’ Guusje Steenhuis, after an ippon in the fifth minute of a golden score period.