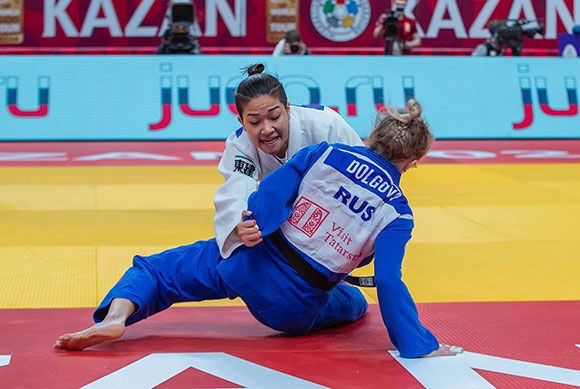 The International Judo Federation (IJF) has cancelled its Grand Slam tournament in Kazan as sporting events in Russia continue to be called off or moved.

The exodus follows Russia's decision to invade Ukraine, which prompted the International Olympic Committee to urge that International Federations move all events from Russia and Belarus if they had not already.

Belarus is assisting Russia in the military offensive.

Hundreds of people have been killed, including civilians, and hundreds of thousands have fled their homes.

The Kazan Grand Slam - a World Judo Tour event - had been due to take place from May 20 to 22.

"We are saddened by the current international situation, the result of inefficient dialogue at international level," IJF President Marius Vizer said.

"We, the sports community, must remain united and strong, to support each other and our universal values, in order to always promote peace and friendship, harmony and unity.

"The judo family hopes that the current unrest can be solved in the last moment, to re-establish normality and stability in Eastern Europe and the world, to once again be able to focus on the diverse cultures, history and legacy of Europe, in the most positive way."