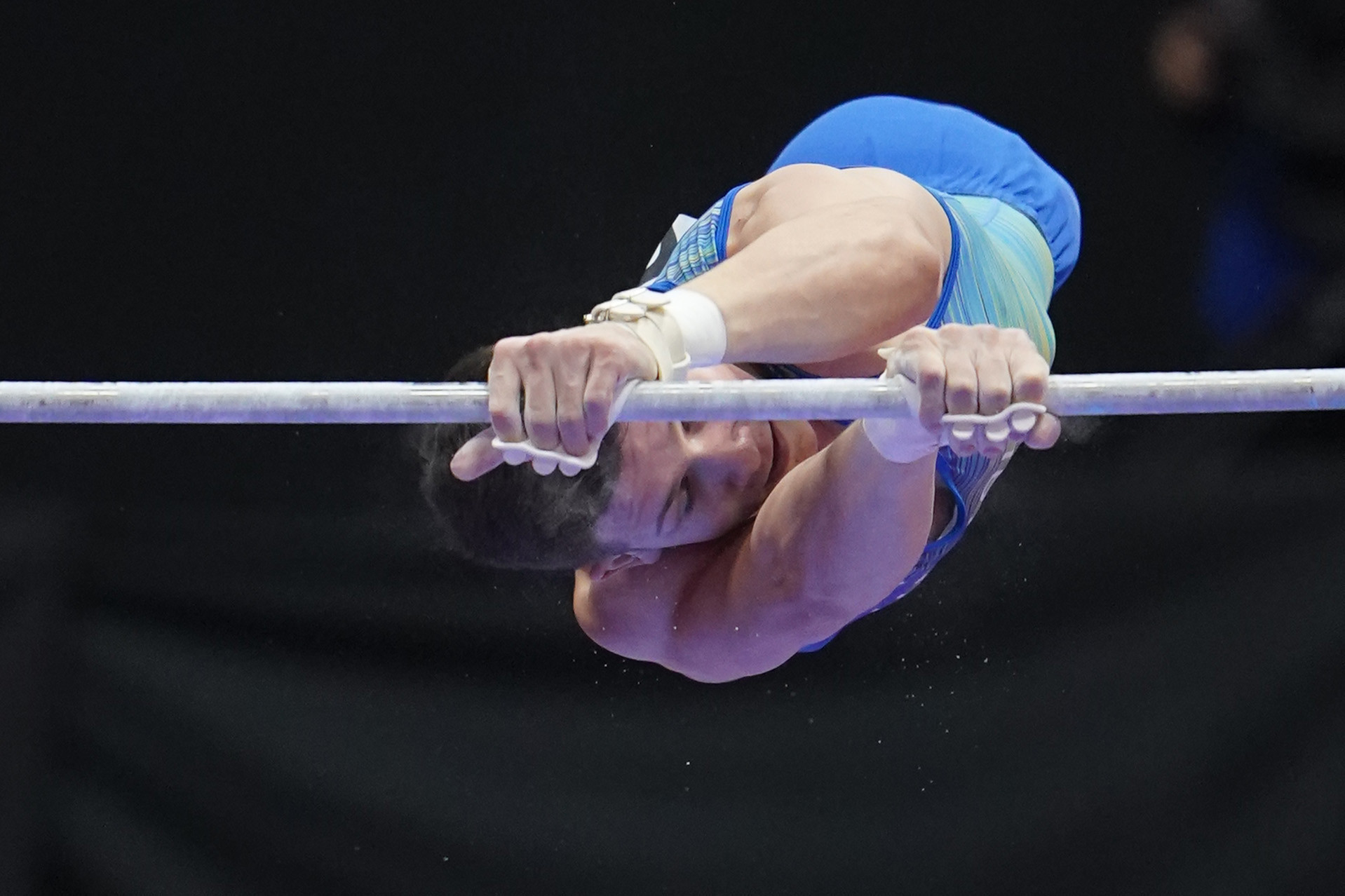 Nazar Chepurnyi won gold for his country while Daniela Batrona and Illia Kovtun settled for bronzes.

Chepurnyi, a three-time Junior World Championships medallist, finished top of the men’s vault after being handed a score of 15.016.

Behind him were Israeli pair Andrey Medvedev and Olympic champion Artem Dolgopyat on 14.500 and 14.450 respectively.

Batrona, 15, followed up her compatriot with a third-place total of 12.900 in the women’s balance beam.

Taking gold was Germany’s Sarah Voss thanks to a score of 13.733 with Lorette Charpy of France securing silver after recording 12.966.

Kovtun finished yet again on the podium, this time in the horizontal bar discipline.

He produced a bronze-worthy 13.866, which was only 0.100 points behind Australia’s Mitchell Morgans in second.

The gap between Britain's Joe Fraser in top spot and Morgans was even closer with the World Championships gold medallist bagging 14.000.

Elsewhere, Brazil’s Julia Soares took gold in the women’s floor exercise thank to a score of 13.433.

Hungary’s Dorina Böczögő, a bronze medallist at the 2020 European Championships, locked in second place with 13.166 points, with Dildora Aripova of Uzbekistan scoring 12.866.

Kazakhstan’s Nariman Kurbanov won the final gold of the day in the men’s pommel horse.

He recorded 14.633 which was enough to defeat Albania's Matvei Petrov in second and France’s Cyril Tommasone, who won bronze.