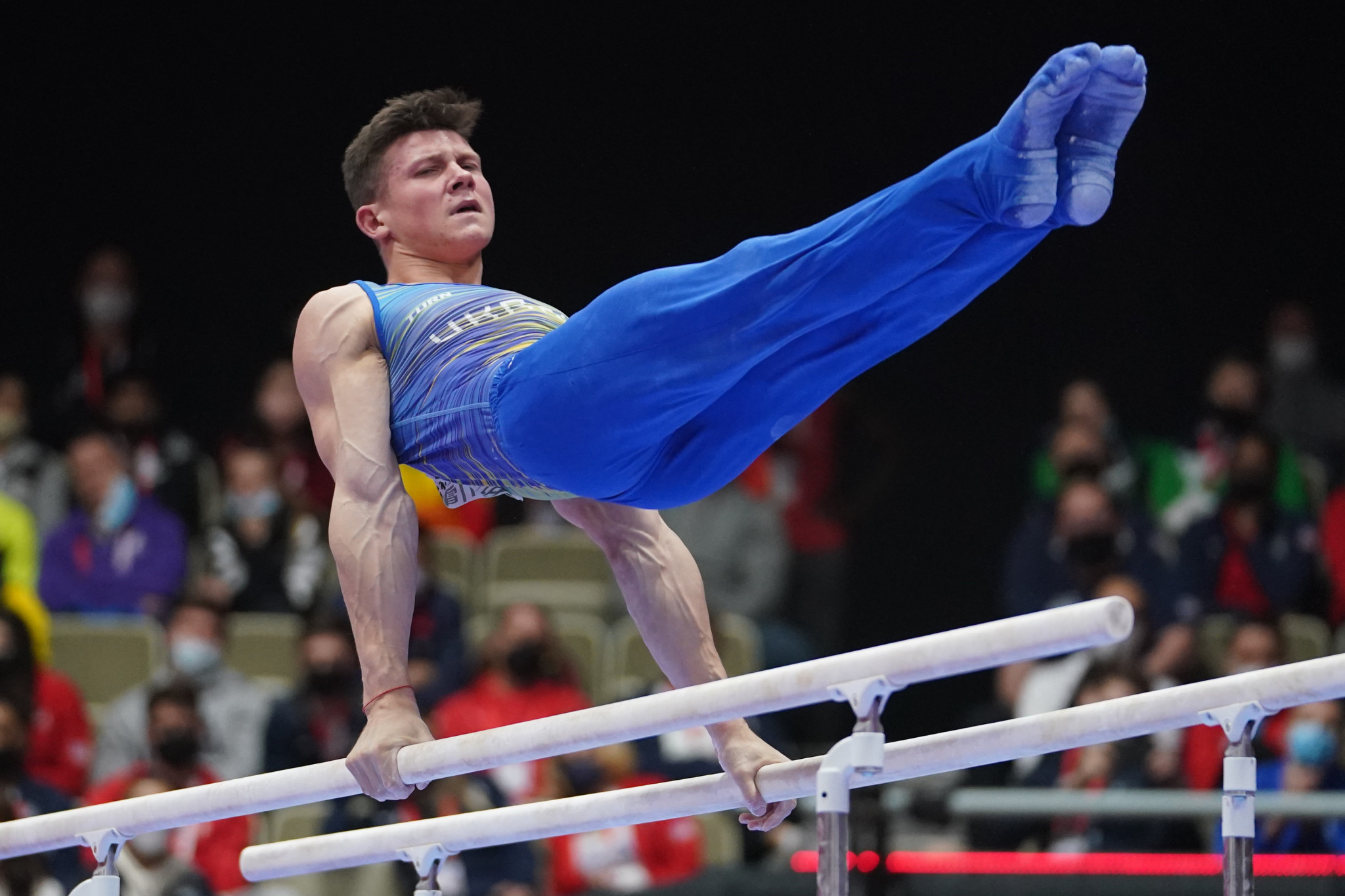 Kovtun bagged 15.333 points to secure his fourth World Cup gold this year after winning the discipline in Cottbus, Doha, and Cairo.

Tokyo 2020 bronze medallist Ferhat Arıcan was forced to settle with the silver medal for the second consecutive event after posting a score of 14.900.

Britain's 2019 world champion Joe Fraser made up the podium in third with 14.700 points to take his first medal of the four-event World Cup series.

Israel's Artem Dolgopyat recorded his third gold of the year in the floor exercise event.

The Olympic champion was 0.400 points clear of Kazakhstan's Milad Karimi after being awarded a 14.700 for his routine in the Azeri capital.

Uzbekistan veteran Oksana Chusovitina won the women's vault competition to add to her triumph in Doha earlier in the season.

Chusovitina was given the win on account of having a higher difficulty score for her routine.

Frenchwoman Lorette Charpy pocketed her first medal on the World Cup stage with a golden performance on the uneven bars.

The European Championships silver medallist scored 13.866 points to win at a canter ahead of Dutch duo Naomi Visser and Vera van Pol on 13.100 and 12.966 points, respectively.