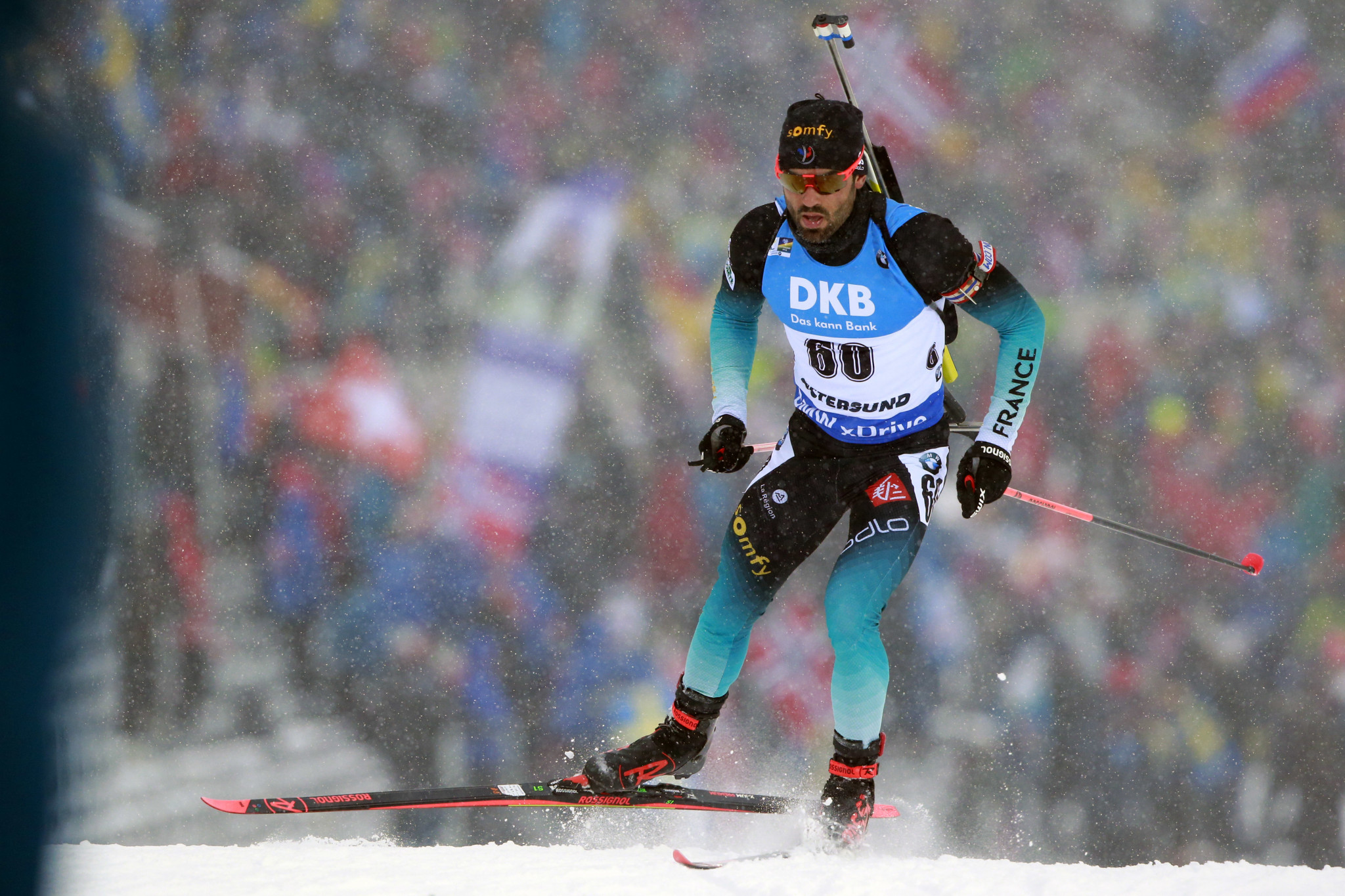 Simon Fourcade has repeated his defence of Russian biathletes after Ukrainian Dmytro Pidruchnyi ridiculed the former French biathlete for sympathising with Russian athletes.

The junior coach told French news outlet RMC Sport it was "counterproductive to exclude Russian athletes" and that the IBU should not be "ostracising them".

The International Biathlon Union (IBU) Executive Board unanimously agreed to suspend the Russian Biathlon Union (RBU), as well as the Biathlon Federation of Belarus (BiFB), for violating the governing body’s "humanitarian obligations" under its Constitution.

The IBU made the decision in reaction to the Russian invasion of Ukraine and the supporting role Belarus have played.

"Once those decisions were made, he [Vladimir Putin] held ceremonies with them that they weren't allowed to say no to," Fourcade told RMC Sport regarding the pressure on Russian athletes to speak out against the invasion.

"Because they have a lot to lose, including their freedom."

Pidruchnyi, who is currently mobilised in the Ukrainian army, fiercely rejected Fourcade’s sentiment that it is "counterproductive" to ban Russian athletes, which the Frenchman originally claimed to Russia’s state sports media channel Match TV.

The Ukrainian’s explicit response was posted on Instagram where he also called out Fourcade’s brother, Martin.

"First of all, Martin and Simon, fuck you," said the three-time Olympian.

"I hope your children will never feel the pain that Ukrainian children have suffered.

"Children who left their houses, who felt the sound of explosions, who saw their mothers screaming and their children being killed."

Pidruchnyi admitted he regretted voting for Martin Fourcade, a five-time Olympic champion, on the commission of the National Olympic Committee as "such great athletes turned out to be shitty people".

He continued: "Since the beginning of the war, only one Russian athlete has written to me to tell me that he is ashamed of what his country is doing, but that he is afraid for him and his family and therefore does not express his public support.

"For me, the silence of the Russian and Belarusian athletes means that they have made their choice to support the war.

"I do not regret at all that they are not present at any international competition.

Martin Fourcade commented: "I understand your anger and sadness but don't allow you to insult someone because you disagree with what their brother said!

"In case you missed it, my name is Martin and I haven't given an interview lately."

RMC Sport reported that Fourcade sent a message of support to Pidruchnyi on February 25 and that he is aware his statement may have been misinterpreted.

Simon Fourcade, a five-time World Championships medallist, initially told Match TV that IBU should show support to Russian competitors to highlight "they are not responsible" for the Russian invasion.

The 37-year-old, who is a member of the Organising Committee for the Martin Fourcade Festival, insisted he would invite Russian athletes in addition to Ukrainian athletes, to his brother’s Nordic ski event in Annecy in France if the decision was up to him.

His sympathy for the banned athletes relates to a scene he witnessed at the Junior World Championships in the United States where the coaches announced Russian athletes could not complete the competition.

The moment affected Fourcade to such an extent that he cut and rearranged the French flag’s colours to the colours of the Russian flag.

However, Fourcade insisted this did not mean he agreed with Russia’s invasion.

"It does not mean in any way that I support the Russian government and what it is achieving at the moment," he said, as reported by RMC Sport.

"I just wanted to show them that we were well aware that they were not guilty and that we can make the distinction."