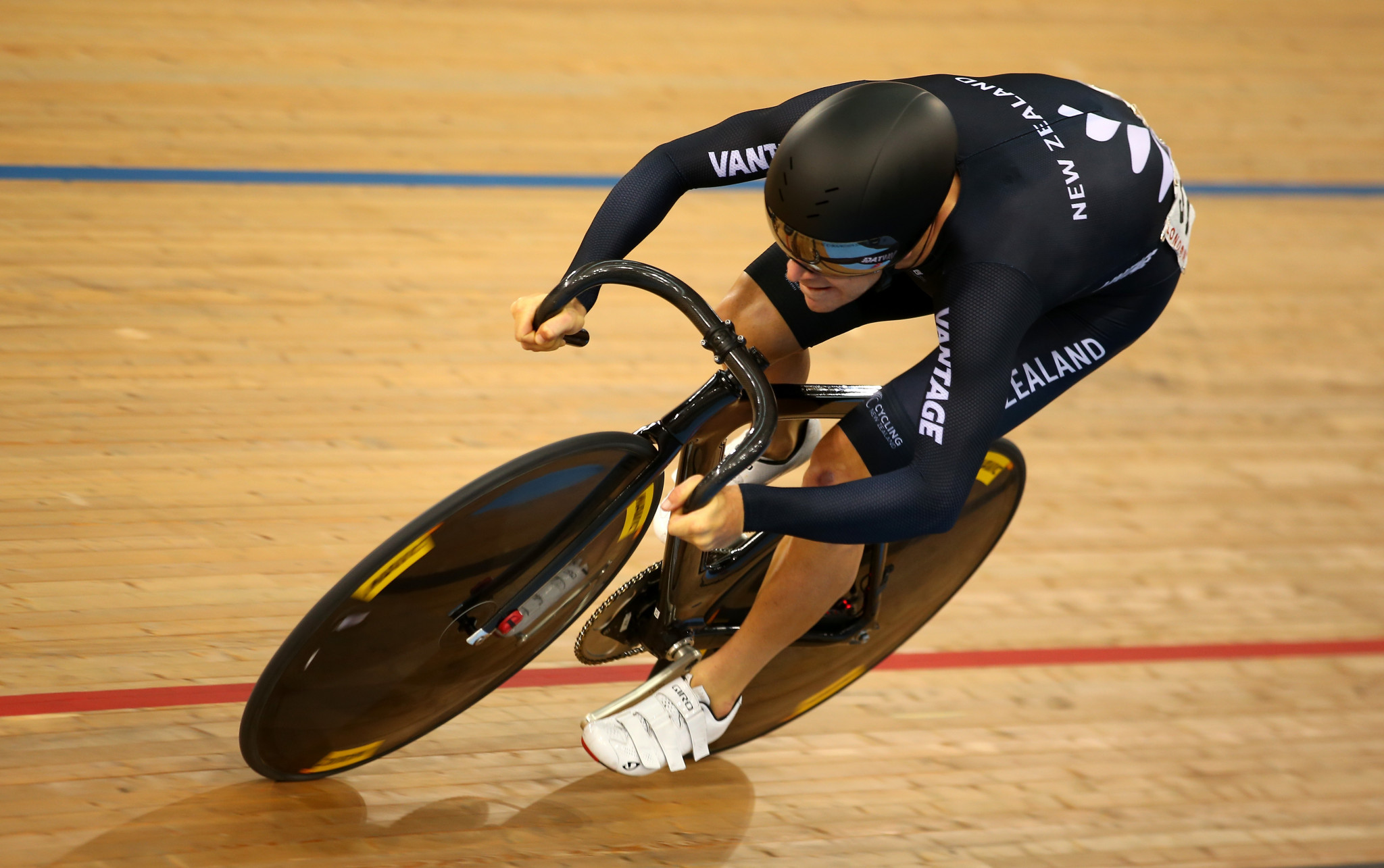 New Zealand have stormed into an early lead in the Oceania Track Cycling Championships winning four out of five gold medals in the senior disciplines at the Anna Meares Velodrome in Brisbane.

London 2012 bronze medallist Aaron Gate finished the elite men's points race in a time of 45min 22.86sec with 160 points to take the victory and lead a New Zealand podium sweep.

Kiwi prodigy Ally Wollaston then bagged another gold for the country in the women's scratch race in a time of 12:41.55.

Bryony Botha of New Zealand beat Australia's Sophie Edwards in a one-on-one shootout in the women's individual pursuit, catching her after 2:51.734, and setting a new national record of 3:19.634.

Matthew Glaetzer won Australia's only elite gold in Queensland in the men's keirin, pipping countrymen Matthew Richardson and Sam Gallagher to the title.

Insane. Aaron Gate and stamping his authority all over the ME Points Race along with the help of his team mates Tom Sexton 2nd, George Jackson 3rd, Keegan Hornblow 4th, Dan Bridgewater 6th!

To think this isn’t even the full strength squad. Interesting times ahead! pic.twitter.com/yx0rX8d7HH

New Zealander Ellesse Andrews won the opening two races in the women's sprint against Kristina Clonan of Australia in a dominant display.

The best-of-three event was quickly finished by Andrews who clocked in after 10.93sec and 11.11, while Breanna Hargrave of Australia won the bronze.

Australia's fortunes changed in the under-19 races as they won four of the five golds on offer.

Lewis Johnston of New Zealand cruised to victory in the under-19 men's points race with 61 points.

Alistair Donohoe then led an Australian one-two in the men's Para scratch race, with Darren Hicks coming in second in front of New Zealand's Devon Briggs.

The action continues tomorrow with eight finals across the elite, junior and Para events.