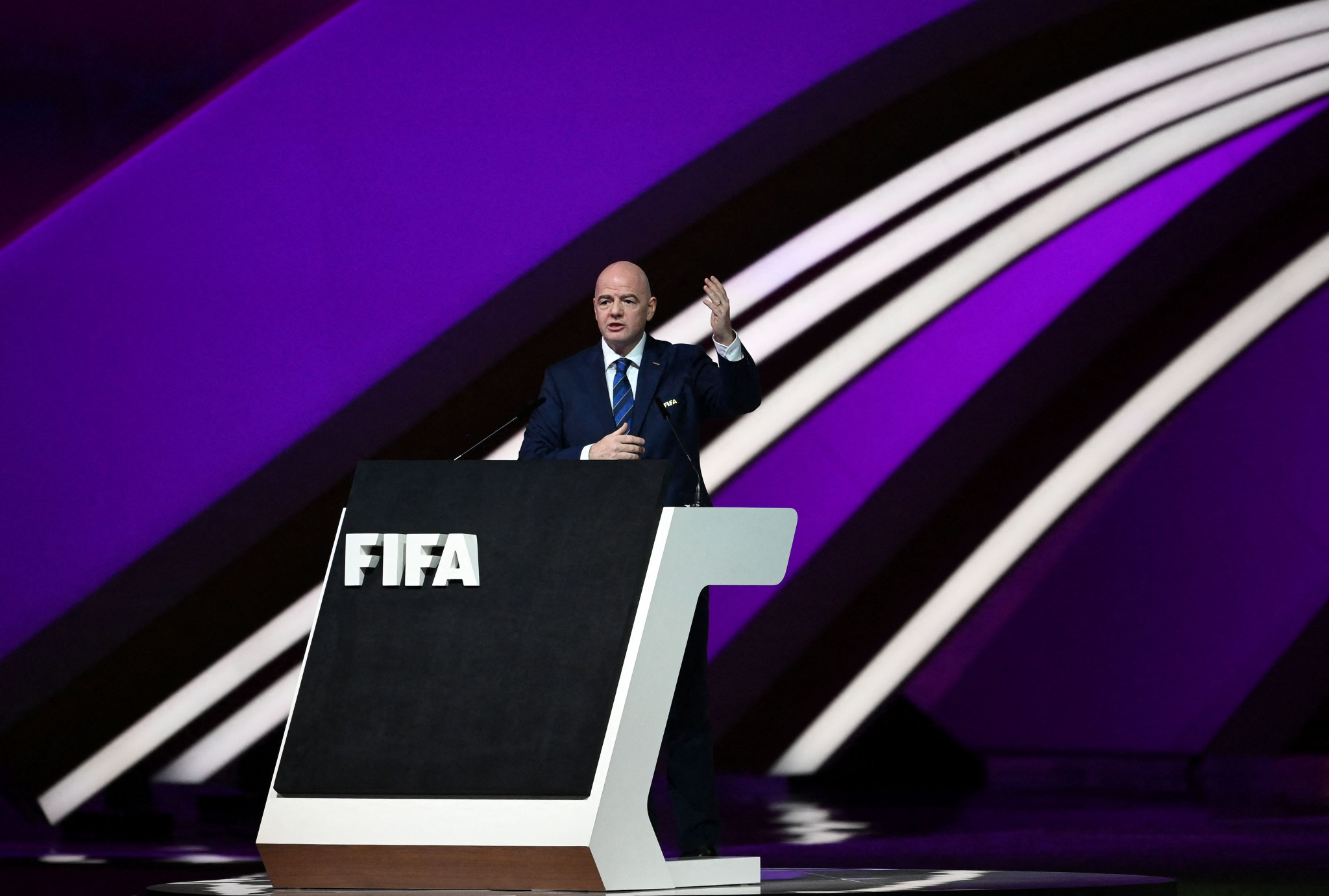 FIFA President Gianni Infantino has confirmed he will stand for re-election in 2023.

The deadline for candidacies is four months prior to the organisation's Congress next year, but dates and a location for the gathering have not yet been finalised.

It could take place in either Australia or New Zealand before the two countries host the Women's World Cup from July 20 to August 20.

"I want to tell you that I will be standing for re-election next year," Infantino said at FIFA's Congress in Doha today, prior to the World Cup draw tomorrow.

Infantino was first elected as FIFA President in February 2016 in the wake of the corruption scandal which brought down predecessor Sepp Blatter.

The Swiss-Italian then won a second term when he stood unopposed for re-election at the Congress in Paris in 2019.

Infantino's ties with Russia and Saudi Arabia have caused concern in some quarters over whether he is fit to serve as President.

Yet the Saudi regime has received international criticism for its role in the bombing of Yemen and the state-ordered assassination of journalist Jamal Khashoggi, among other abuses of human rights.

It was Saudi Arabia which formally pitched the idea of a biennial World Cup in May 2021.

FIFA's relationship with UEFA has turned soured over he proposal, although Infantino has now distanced himself from the idea, insisting FIFA only "studied the feasibility" of the idea rather than proposing it.

Confederation of African Football (CAF) President Patrice Motsepe in September claimed African football could be the "biggest beneficiary of a World Cup every two years".

The South African billionaire was elected unopposed as the new CAF President at a General Assembly in Rabat last year.

Motsepe's election followed Presidential candidates Ahmed Yahya from Mauritania, Ivorian Jacques Anouma and Senegal’s Augustin Senghor dropping out of the race - each after meeting with Infantino.

Infantino has laid enthusiastic praise onto Putin in recent years, while Putin awarded the FIFA President the Order of Friendship in 2019.

Infantino has not returned the honour despite the Russia's invasion of Ukraine.

Russian national teams are suspended from competing in FIFA competitions, but the Russian Football Union was able to take part in today's Congress.

Infantino's tenure as President has also includes the men's FIFA World Cup expanding to 48 teams from 2026.

Next year's Women's World Cup will be the first to feature 32 rather than 24 teams.

Supporters of Infantino will point to this as one of his biggest achievements, and a move to grow the game.

Infantino was investigated by the FIFA Ethics Committee in 2016 over claims of wrongdoing related to flights and human-resources matters, but was cleared.

A leaked memo had claimed Infantino made a number of private purchases at FIFA's expense, including a fitness machine, mattresses, a tuxedo, flowers and football boots.

FIFA's Ethics Commission again found the President had not breached the body's Code of Ethics.