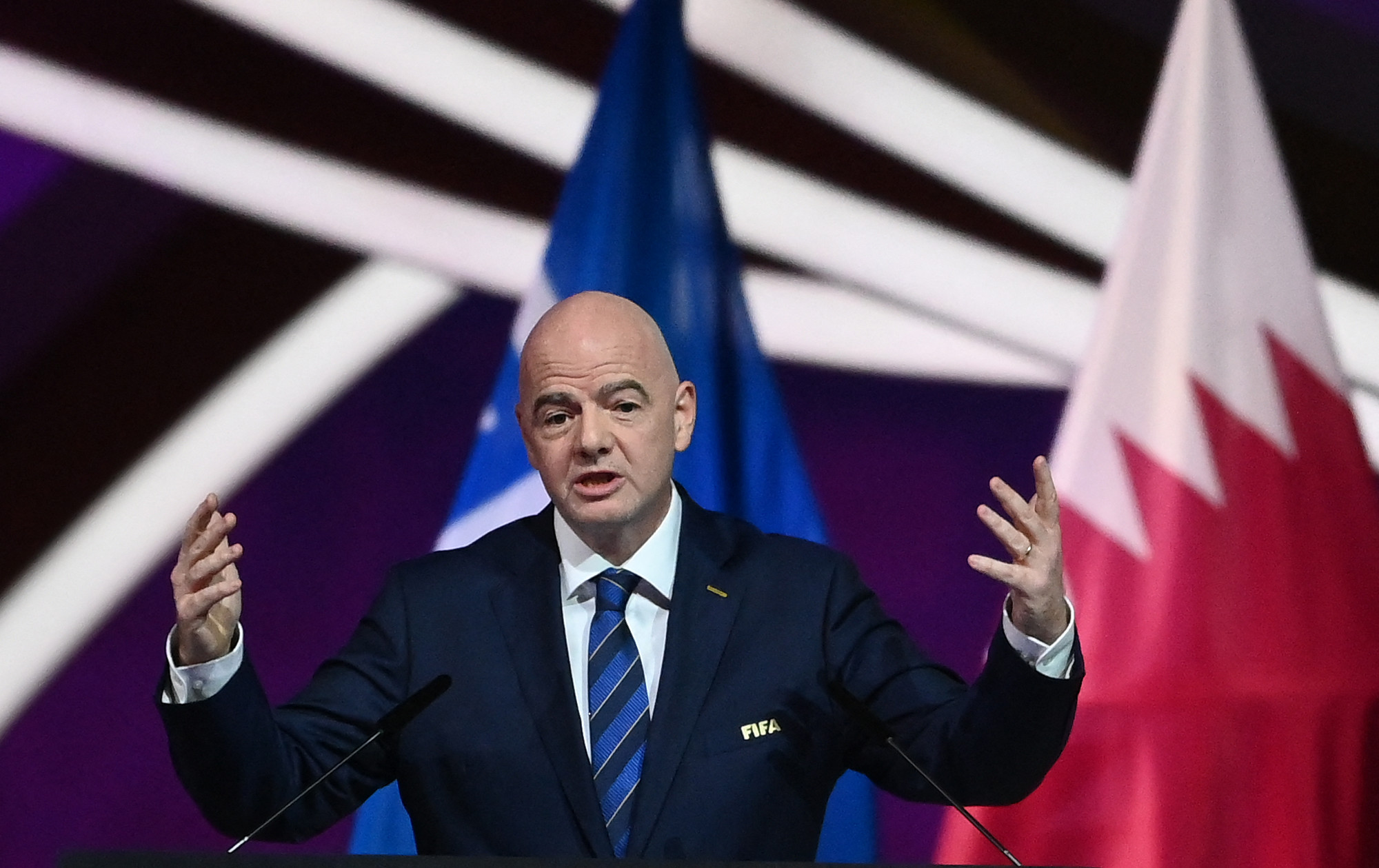 FIFA President Gianni Infantino has distanced himself from a proposal to double the number of men's and women's World Cups in football, claiming at the 72nd FIFA Congress that the International Federation "has not proposed a biennial World Cup".

Speaking during his address at the Doha Exhibition and Convention Centre in 2022 FIFA World Cup host Qatar, the Swiss-Italian official instead suggested that FIFA had merely "studied the feasibility".

"Let me be very clear that FIFA has not proposed a biennial World Cup," Infantino said.

"Let’s get the process clear here.

"The last FIFA Congress asked the FIFA administration with a vote, which 88 per cent voted in favour, to study the feasibility of a World Cup every two years and some other projects related to women's football and youth football.

"The FIFA administration, under the leadership of [FIFA chief of global football development] Arsène Wenger, did exactly that.

"We studied the feasibility.

"But FIFA did not propose anything.

"FIFA came to the conclusion that it is feasible, but would it have some repercussions and impacts."

According to the Reuters news agency, alternative plans are expected to be discussed.

While momentum appears to have stalled towards the drastic changes, Infantino did not shelve the proposals, and insisted discussion over reforms to the international football calendar should be ongoing.

"Once this was certified, the next phase starts, and it is the phase of consultation," he said.

"It's the phase of discussion.

"It's the phase of trying to find agreements and compromises.

"And in addition to the member confederations and associations, I am looking at the leagues, the clubs and the players present here as well.

"We try and we will try to have a debate and a discussion to find what is most suitable to everyone, because everyone has to benefit."

A proposal from the Saudi Arabian Football Federation for exploring the possibility of staging the World Cup and Women's World Cup every two years was passed at last year's Congress.

Infantino argued at a global summit in December last year that a biennial World Cup would deliver an additional $4.4 billion (£3.3 billion/€3.9 billion) in revenue in the first four-year cycle.

Discussions over a biennial World Cup have been a key feature of Infantino's second term as FIFA President, having been re-elected in 2019, with Wenger instrumental in the development of proposed reforms to the match calendar.

The FIFA President's stance had put him at odds with the European and South American confederations, with his UEFA counterpart Aleksander Čeferin insisting that a biennial World Cup is a "no go for everyone in football".

UEFA and the South American Football Confederation threatened to boycott a biennial World Cup, while the move also drew opposition from the International Olympic Committee.

This year's men's World Cup in Qatar is set to be the last featuring 32 countries, with an expansion to 48 already approved from 2026.