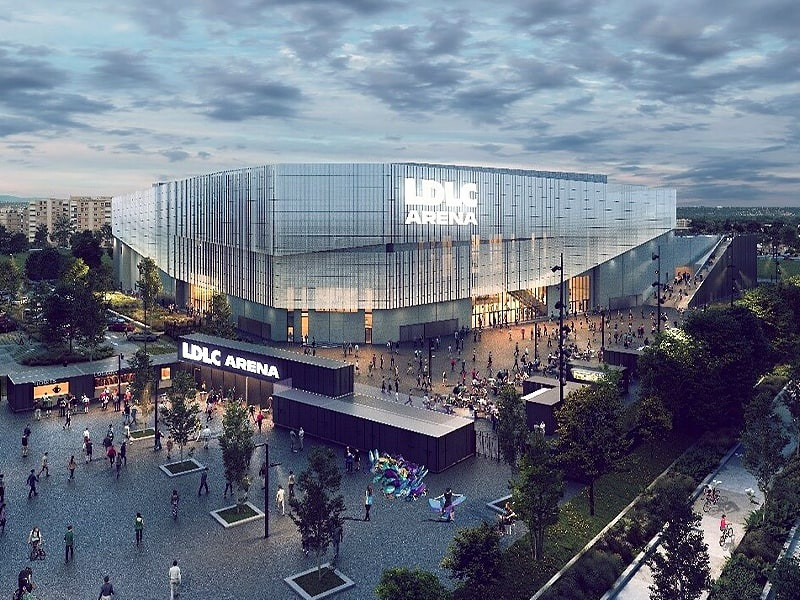 Several French cities have reportedly expressed interest in staging basketball matches at the Paris 2024 Olympics after organisers agreed to ditch the much-criticised Arena Paris Sud as a venue for the Games.

Lyon, Orléans, Tremblay-en-France and Reims have all reportedly put their names in the mix to host preliminary phase fixtures at Paris 2024.

Hall Six at the Porte de Versailles exhibition had been chosen as the basketball venue, but its selection received criticism from members of France’s Olympic silver medal-winning team.

A decision was then taken by Paris 2024 and the International Basketball Federation (FIBA) to find a new venue, leading to several cities putting their case forward to step into the breach.

The Olympique Lyonnais (OL) Groupe is proposing to host basketball matches at Lyon’s new LDLC Arena as it officially announced its candidature.

"The 12,000-seat multipurpose hall in basketball configuration will open its doors at the end of 2023 and will benefit from all the latest generation innovations to host a competition in the best conditions for both athletes and the public," a statement from the OL Groupe read.

"OL Groupe is now convinced that the LDLC Arena could find its place in the next Summer Olympic Games and contribute to the influence of an entire territory during this major event for our country."

Other contenders include Reims, Tremblay-en-France and Orléans which is putting forward the 10,000-seat CO'Met.

"I don't understand how we can transform a hall in Paris like that when we have, at home, here, one hour from the capital, a tool that meets all standards," said Thomas Renault, the deputy mayor of Orléans in charge of sports in a report by Basket Europe.

"Equipment of the latest generation, financed, which will not entail additional expenses for the organisers."

There had been reports that the nine-metre ceiling at the venue would be the lowest-ever for an Olympics.

Other concerns had been expressed over the humidity in the sports hall due to a lack of ventilation.

FIBA had reportedly raised issues over the suitability of the location, with the governing body claimed to have proposed the Porte de la Chapelle, which is due to host badminton and rhythmic gymnastics events, could be used instead.

In a joint statement, Paris 2024 and FIBA said it would be working together to identify a new venue for the preliminary round.

"Both Paris 2024 and FIBA are confident of positive developments in the coming months in order to provide the best-possible setting for the world’s greatest basketball players to shine," the statement read.

The replacement venue will stage pool phase at the Games.

Competition will then move to the Bercy Arena for the knockout stages of the basketball tournaments at Paris 2024.