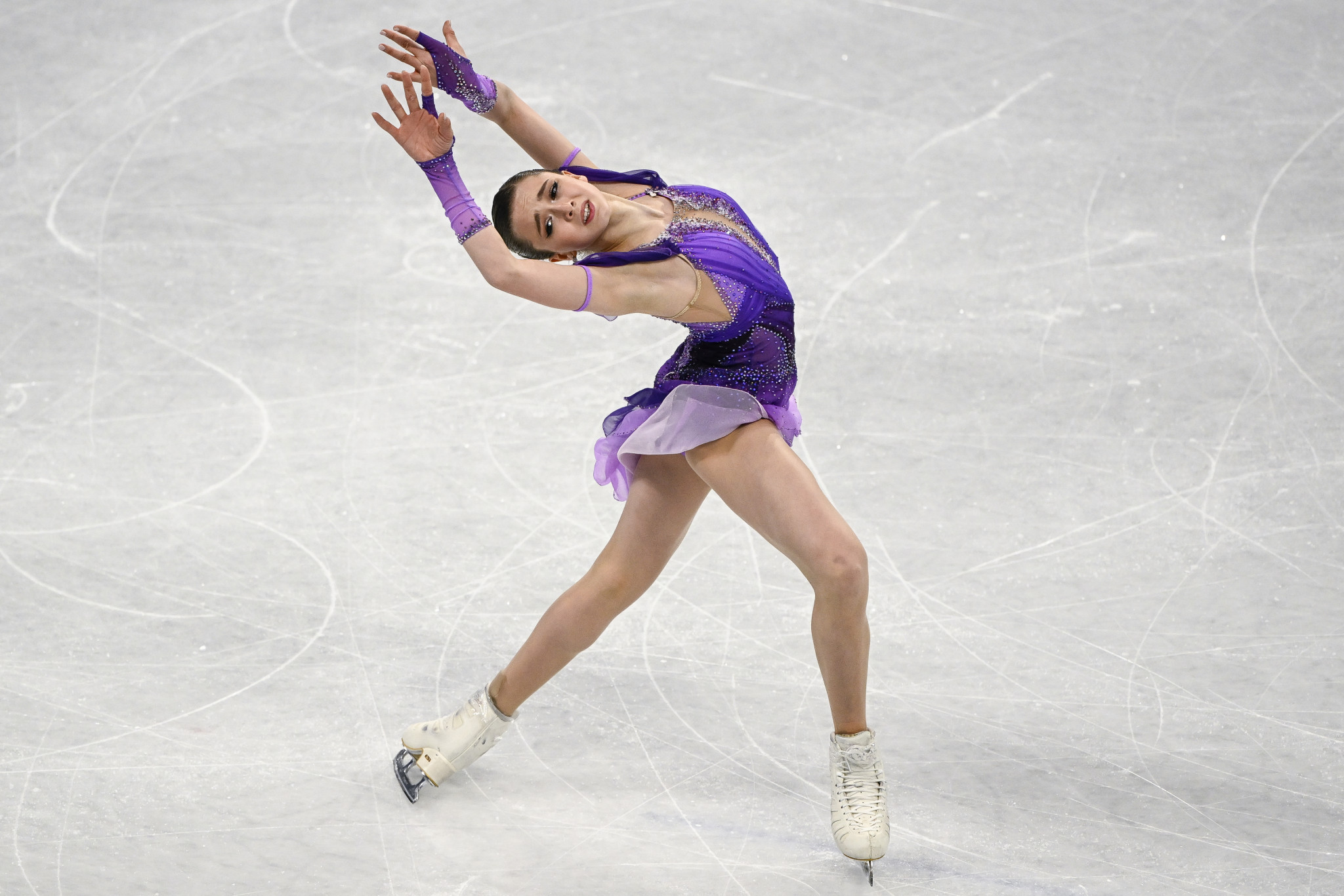 Russian figure skater Kamila Valieva impressed on her return to the ice at the Channel One Cup in Saransk, but was unable to prevent her team losing the all-Russian competition.

The 15-year-old was competing for the first time since finishing fourth in the women’s singles event at the Beijing 2022 Winter Olympics, where the world record holder suffered a disastrous free skate to miss out on the medals.

She had been cleared to compete in the women's singles event just days earlier by the Court of Arbitration for Sport (CAS), which opted against re-imposing a provisional suspension for a failed drug test.

Valieva's team has claimed her positive drugs test was caused by contamination from her grandfather's angina medication.

The sample in question was provided on December 25 and contained the banned substance trimetazidine.

The positive test was only reported by the World Anti-Doping Agency (WADA)-accredited laboratory in Stockholm on February 8, after the conclusion of the team event.

Valieva had helped the Russian Olympic Committee (ROC) win gold in the team event, with her ongoing doping case leaving an asterisk over the result.

Valieva was part of the Time of Firsts team at the Channel One Cup, which was captained by Mark Kondratiuk.

The positions were reversed in the free skate where Shcherbakova scored 176.12, with Valieva following on 173.88.

Valieva had been given a standing ovation by the crowd at the event.

"I am so happy that the First Channel Cup took place, an incredible feeling," Valieva said, according to the Russian state news agency TASS.

"A full hall is just space, it energises when you are already tired."

Uncertainty remains over the team event medals at Beijing 2022, with the Russian Anti-Doping Agency (RUSADA) given six months from the time they were informed of the positive test to investigate it and reach a decision, which could see a decision delayed until August.

The United States would be upgraded to gold should Valieva be found guilty of an offence, with Japan and Canada potentially in line for silver and bronze medals.

Shcherbakova served as the captain of the Red Machine team at the Channel One Cup, which saw women's and men’s singles, ice dance and pairs performances.

The Red Machine team finished as the overall winners on 145 points, four clear of the Time of Firsts squad.

Shcherbakova confirmed after the event, which was designed to clash with the World Figure Skating Championships, that she would now take a break.

The Olympic champion admitted the ongoing ban on Russian and Belarusian athletes could impact whether she continues in the sport.

The nations have been excluded by the International Skating Union in response to the war in Ukraine.

"I think, not only with me, in general, everything is very chaotic and it is not clear what awaits us," Shcherbakova told TASS.

"Therefore, I will look at the situation until I want to temporarily take a break from this season, probably to recover."

"Because it was still, albeit very successful, with bright moments, still difficult for everyone.

"I want to exhale, and then we will make a decision closer to the next season.

"The general situation can affect this decision? Probably, it directly affects."

The TASS news agency has claimed the ISU is not currently looking to relocate Grand Prix figure skating events in Russia and China next season at this stage.

Russia is due to host competition from November 25 to 27, but the nation has been stripped of hosting numerous events following the war in Ukraine.

China is expected to host competition from November 11 to 13, however the nation has cancelled several events due to the COVID-19 pandemic.