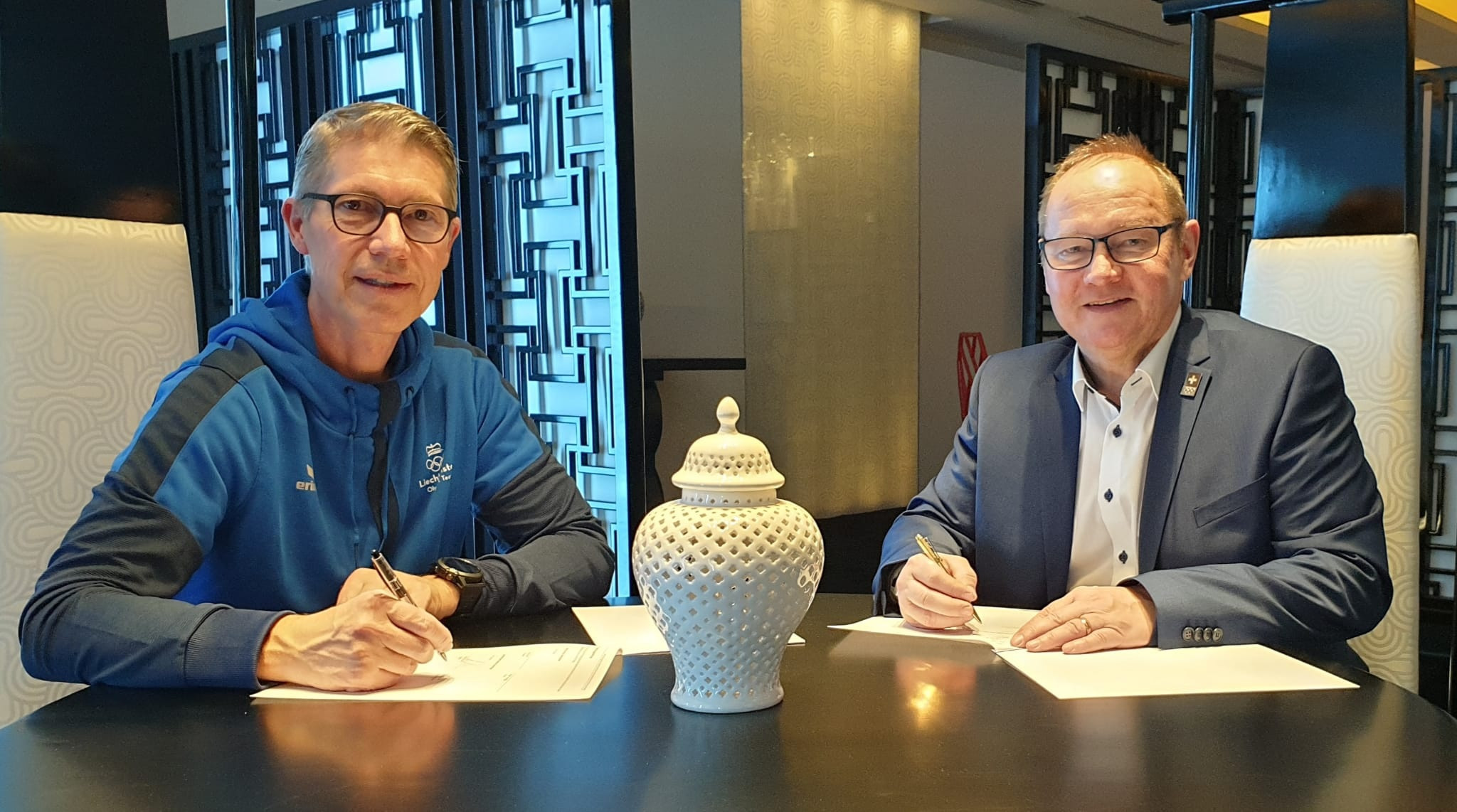 National Olympic Committees in Switzerland and Liechtenstein have signed a new cooperation agreement that aims to strengthen their long-standing relationship.

Swiss Olympic President Jürg Stahl and Stefan Marxer, head of the Liechtenstein Olympic Committee, agreed to "renew and expand" the cooperation at a working meeting during last month’s Winter Olympics in Beijing.

The focus of the agreement was on participation of Olympic events according to Swiss Olympic.

It was also agreed by the two organisations that cooperation and mutual use of programmes and measures should be "intensified" in the future, especially in ethical and social issues.

Swiss Olympic added that the geographical, cultural and economic proximity of the two countries meant that cooperation in competitive sport and training was "very promising and enriching".

"Sport in Switzerland and Liechtenstein benefits from the cooperation between Swiss Olympic and the Liechtenstein Olympic Committee," said Stahl.

"I am pleased that this will continue to be the case in the future.

"The cooperation also leads to people in both countries meeting and moving in their sports clubs."

Marxer added: "By signing this agreement, we hope to further strengthen the long-standing, close and friendly cooperation in order to be successful together in the coming years."

While Switzerland has achieved plenty of Olympic success, Liechtenstein has gained just 10 medals in its history at the Games.

All of those came at the Winter Olympics, with the haul including two golds, two silvers and six bronzes.