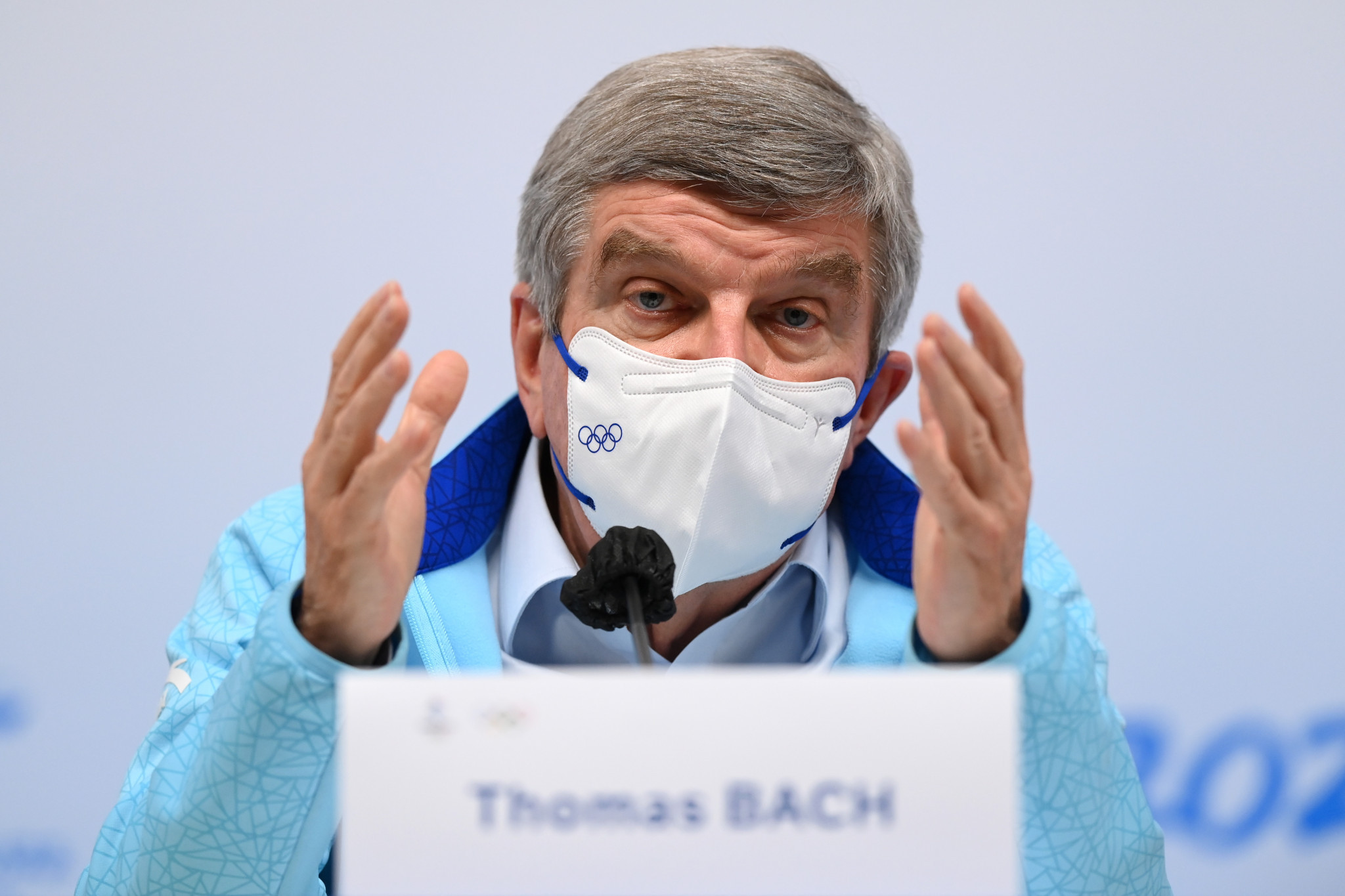 International Olympic Committee (IOC) President Thomas Bach has said the organisation has taken a protective approach by recommending the exclusion of Russian and Belarusian athletes from international events, following the invasion of Ukraine.

The IOC recommended on February 28 that athletes and officials from Russia and Belarus should be banned from all international sporting events.

The organisation said that normally it would not punish athletes for the decisions of a Government if they are not actively participating in those actions.

The war in Ukraine was cited as an exceptional circumstance, which the IOC said led to the recommendation being taken in order to "protect the integrity of global sports competitions and for the safety of all participants."

The Russian Olympic Committee last week claimed the IOC recommendations “grossly violate" the principles of the Olympic Movement and the recommendations did not provide any legal basis.

The organisation alleged its athletes were "hostages" of "various geopolitical forces and individual players" and vowed to take legal action.

Bach appeared to address the statement in an open letter published today, saying the Olympic Movement "will not fall into the trap of the cheap argument that this would be a politicisation of sport, going against the Olympic Charter which requires political neutrality.

"Whoever so blatantly violates the Olympic Truce with political and even military means cannot denounce the consequences as being politically motivated," Bach wrote.

The IOC President justified the decision to exclude Russian and Belarusian athletes from competitions.

He argued the participation of athletes from the nations, while Ukrainians were absent due to the conflict, would have left events at risk of politicisation by athletes and teams.

A potential example could be the International Paralympic Committees (IPC) decision to exclude athletes from the nations at the Beijing 2022 Paralympic Games, amid concerns other participants were set to boycott the event.

Several Football Associations have indicated they would refuse to play against a Russian team amid the ongoing conflict.

Bach has argued the recommendations are also protective, ensuring Russian and Belarusian athletes did not face safety risks, because of their country’s actions.

The German official suggested the invasion of Ukraine had created an "insoluble dilemma", suggesting without recommendations the organisation would have been unable to ensure "integrity, fairness and safety of our competitions."

"Under these unique circumstances we cannot fully uphold this responsibility, we cannot ensure the integrity of the competitions.

"With the recommendation of the IOC Executive Board, we have brought clarity to our stakeholders, avoided divisions and helped them to maintain unity.

"Without this, we would have to face the situation where Russian or Belarusian athletes would be competing for titles, while Ukrainian athletes could not, because of the war in their country.

"Without this, we would have had to experience the politicisation of sports competitions by athletes or teams, some of them being encouraged by third parties.

"We also had to consider the safety risks for Russian and Belarusian athletes taking part in international competitions, because of deep anti-Russian and anti-Belarusian feelings following the invasion.

"For all these reasons we urge every sports organisation in the world to protect the integrity, fairness and safety of their competitions by not allowing Russian and Belarusian athletes to take part or in special circumstances to at least prohibit any identification of their nationality.

"In this context, we will continue to monitor the attitude of Russian or Belarusian athletes and their sports organisations concerning their commitment to peace as enshrined in the Olympic Charter.

"In doing so we will have to take the situation within Russia into account where, by law, an engagement for peace has been put under the sanction of imprisonment for up to 15 years."

Bach’s letter appears to outline a potential legal argument in defence of the sanctions introduced on Russian and Belarusian athletes.

The defence seems certain to be put to the test, with Russian authorities having pledged appeals to the Court of Arbitration for Sport.

Bach added that the Olympic Movement had shown solidarity for Ukraine, with a fund established to provide humanitarian assistance for Ukraine’s Olympic community.

Bach said the working group has provided support through 25 regional offices of the National Olympic Committee.

The NOC has reportedly been in contact with a number of NOCs whose countries have already accepted more than two million refugees.