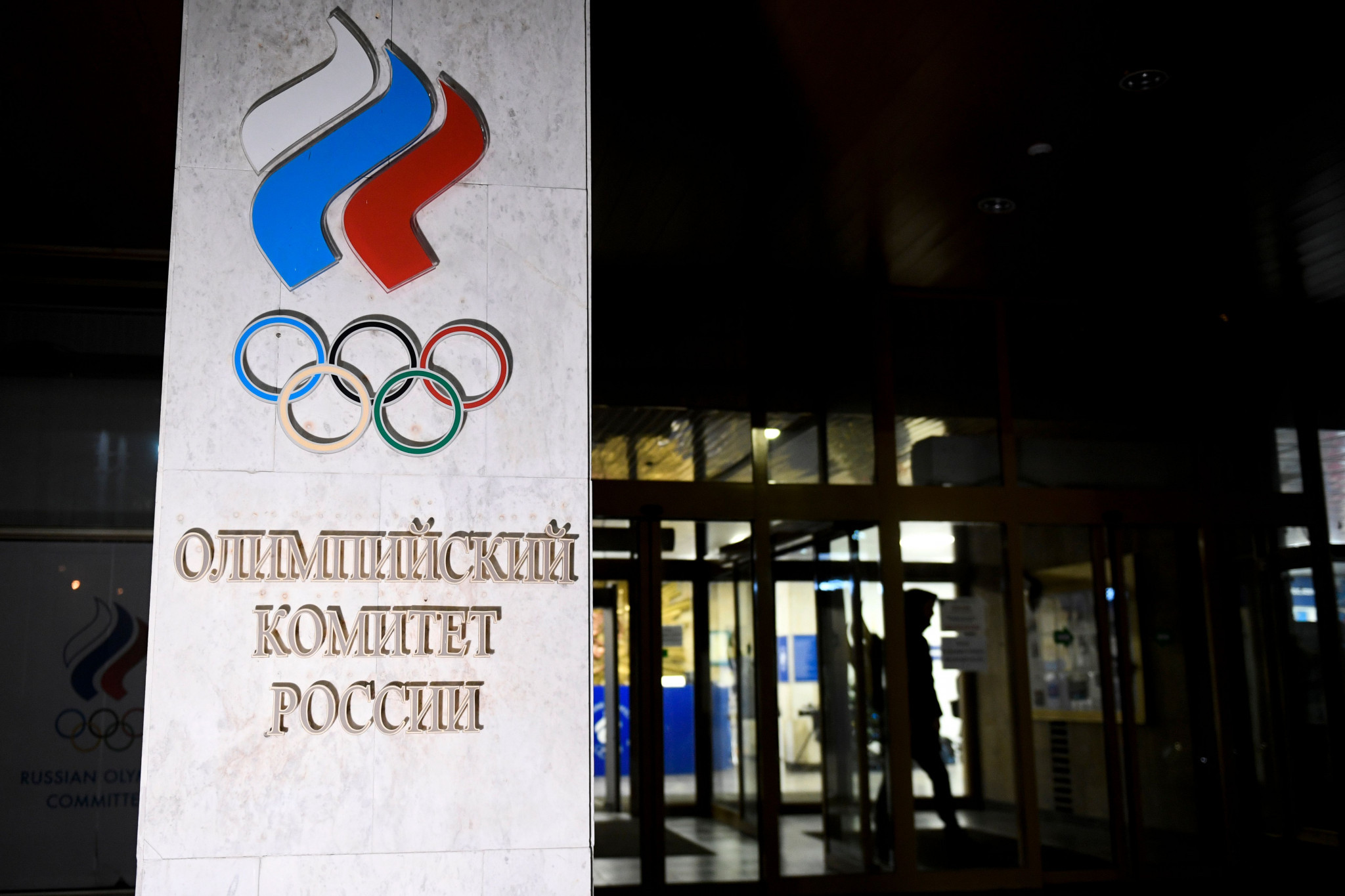 The Russian Olympic Committee (ROC) has said it will provide all possible support to its athletes and federations, including taking legal action, following their widespread exclusion from international sport as a consequence of the country launching war against Ukraine.

The IOC recommended on Monday (February 28) that athletes and officials from Russia and Belarus should be banned from all international sporting events.

The IOC said that normally it would not punish athletes for the decisions of a Government if they are not actively participating in them, but the war in Ukraine is an exceptional circumstance and the body has made the decision in order to "protect the integrity of global sports competitions and for the safety of all participants."

The ROC Executive Committee has claimed the IOC recommendations are due to "external interference of forces that are far from the ideals of sports and Olympic values."

The organisation claimed the decisions "grossly violate" the principles of the Olympic Movement and the recommendations did not provide any legal basis.

The ROC Executive Committee has vowed to challenge the rulings.

"Russian athletes are discriminated against on the basis of nationality and citizenship, they are deprived of the right to participate in international competitions without the slightest reason," an ROC statement read.

"Paradoxically, the IOC, in its decision of February 28, 2022, explicitly stated that the punishment of innocent athletes is unfair and that the IOC allegedly stands for fair competition without any discrimination.

"However, as a result of the decisions taken, thousands of Russian athletes are currently deprived of the opportunity to participate in international competitions simply because they are citizens of the Russian Federation.

"These restrictions are unprecedented in their scope and negative consequences for young Russian athletes who have chosen sports as their profession.

"The firm position of the Russian Olympic Committee is that sports should under any circumstances remain out of politics, and athletes should not be used as hostages in the interests of achieving the goals of various geopolitical forces and individual players.

"That is why we are deeply convinced that any decision that violates the foundations of the international Olympic movement is unlawful.

"The Russian Olympic Committee has always defended and will continue to defend the legitimate rights and interests of Russian athletes in the international arena, and is ready to provide all possible support to our athletes and all-Russian sports federations in protecting their violated rights in court and by other civilized means."

The ROC had also criticised the justification of the recommendations, with the organisation citing the IOC’s reference to an "alleged violation by the Government of the Russian Federation of the 'Olympic Truce'".

The Beijing 2022 Olympic Truce was unanimously adopted by the United Nations General Assembly in December.

Troops from the nation clashed with Georgia in the disputed territory of South Ossetia on the day of the Beijing 2008 Opening Ceremony, while in 2014, Russia invaded and annexed the Crimean Peninsula from Ukraine during a military operation that lasted during the Sochi 2014 Olympics and Paralympics.

The ROC said the Olympic Charter does not contain any mention of the Olympic Truce and "cannot in any way be used as a pretext for discrimination against athletes (citizens) from a single country by international sports organizations".

IOC President Thomas Bach said yesterday that the organisation had opted against making compromise on the pledge of peace calling the situation "very difficult", adding that the ban was not directly against the Russian Olympic Committee, who he said were not complicit in the invasion.

"We have left this open...it was very difficult either to set a deadline or to define an event, what could either lead to heavier sanctions or what could lead to a lifting of some of the sanctions," said Bach to reporters, according to Reuters.

"This is why you find in general terms the formula that we are keeping to closely monitor the situation and will adapt depending on the further developments."

The IOC's recommendations have led to athletes from Russia and Belarus being excluded from the Beijing 2022 Winter Paralympics.

Russia has been barred from playing next month's FIFA World Cup qualifying playoff semi-final against Poland among the headline sanctions on their national teams and athletes, while the nation cannot participate at the UEFA Women's Euro 2022 in England.

Russia has also been stripped of hosting several marquee events.

Saint Petersburg was stripped of the UEFA Champions League final, a Formula One race in Sochi was cancelled and all remaining International Ski Federation World Cup legs in Russia were abandoned among multiple other changes to the sporting calendar.

Russia was also stripped of the Volleyball Men’s World Championship.