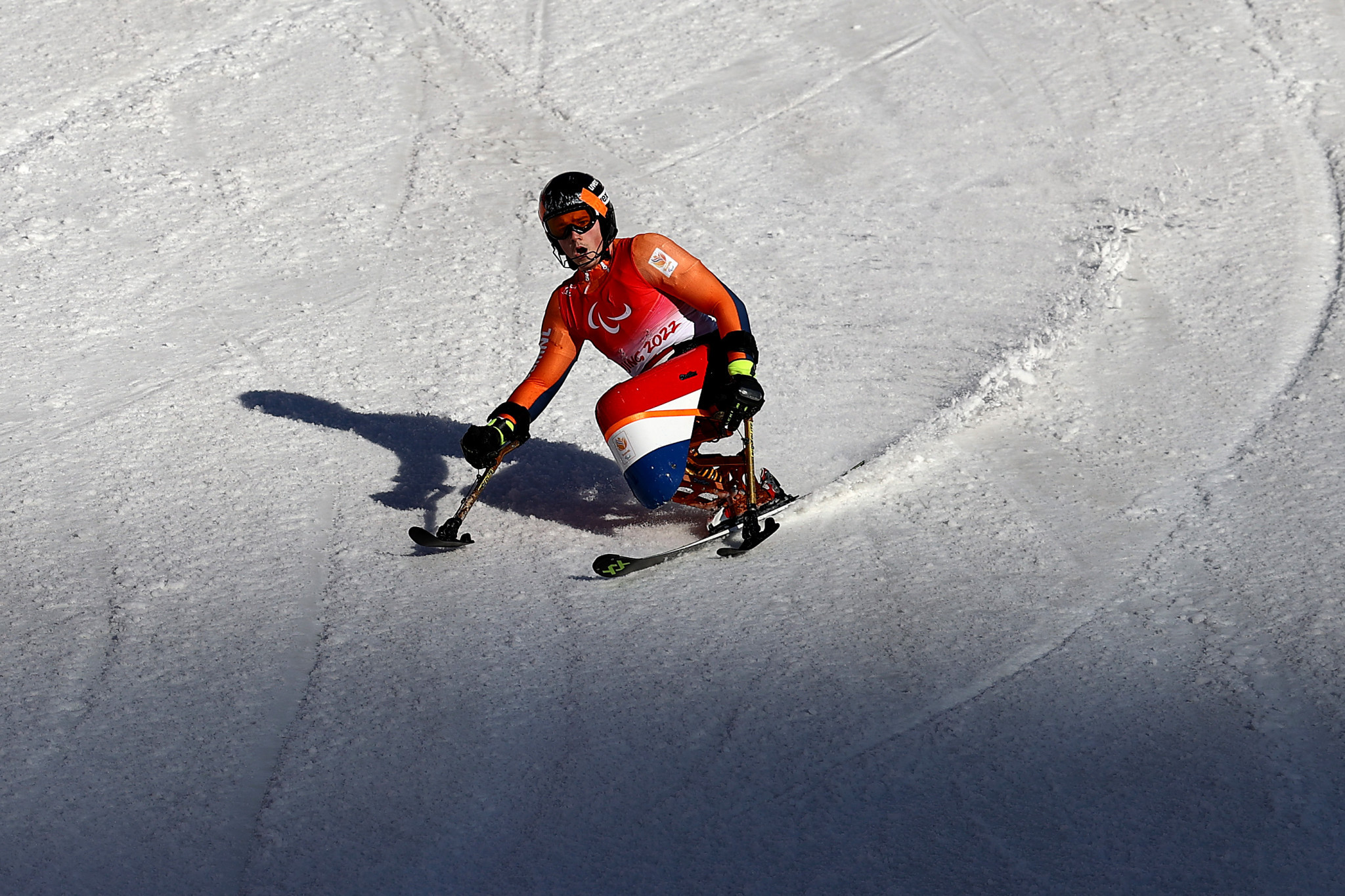 Dutch Para Alpine skiiers in the sitting class are competing with a "custom-made belly area" following a project undertaken by researchers at the Delft University of Technology, with two medals yielded in the men's super combined competition.

The National Paralympic Committee of The Netherlands teamed up with the Delft University of Technology, the country's oldest public technical university, which was tasked with enhancing the equipment used by skiers.

The project was led by Wouter Terra, who has previously work with Olympic skeleton bronze medallist and reigning World Cup champion Kimberley Bos.

Movement technologist Roel Van de Hooft explained the sit skis used by the likes of Kampschreur and De Langen followed months of testing conducted firstly indoors in a wind tunnel and then on the snow.

"I have made the new ideas practical," Van der Hooft said.

"How are we going to make this and with what material?

"How can we test this?

"I started looking for suitable materials that can be easily attached to the sit ski and are also flexible.

"Of course safety and aerodynamics are important topics, but it also has to be comfortable for the athlete.

"At the end of 2021 we tested the foam belly part in the snow, then you really find out which material and fastening works best and how nice it is for the skiers."

He explained that sit skis have been tailored to each skier with the aim of helping them to achieve the maximum possible speed.

"An important part that we also looked at is the tape," Van der Hooft added.

"Most tape doesn't stick in frost and we needed tape that still works at -40 degrees [Celsius].

"Every skier now has a custom-made belly area.

"We really started making an impression with plaster casts, which make sure it fits perfectly.

"By making many variants and testing a lot, we have achieved a great result together that the athletes themselves are very enthusiastic about."

Kampschreur and De Langen placed fifth and sixth, respectively in both the downhill and the super-G contests.