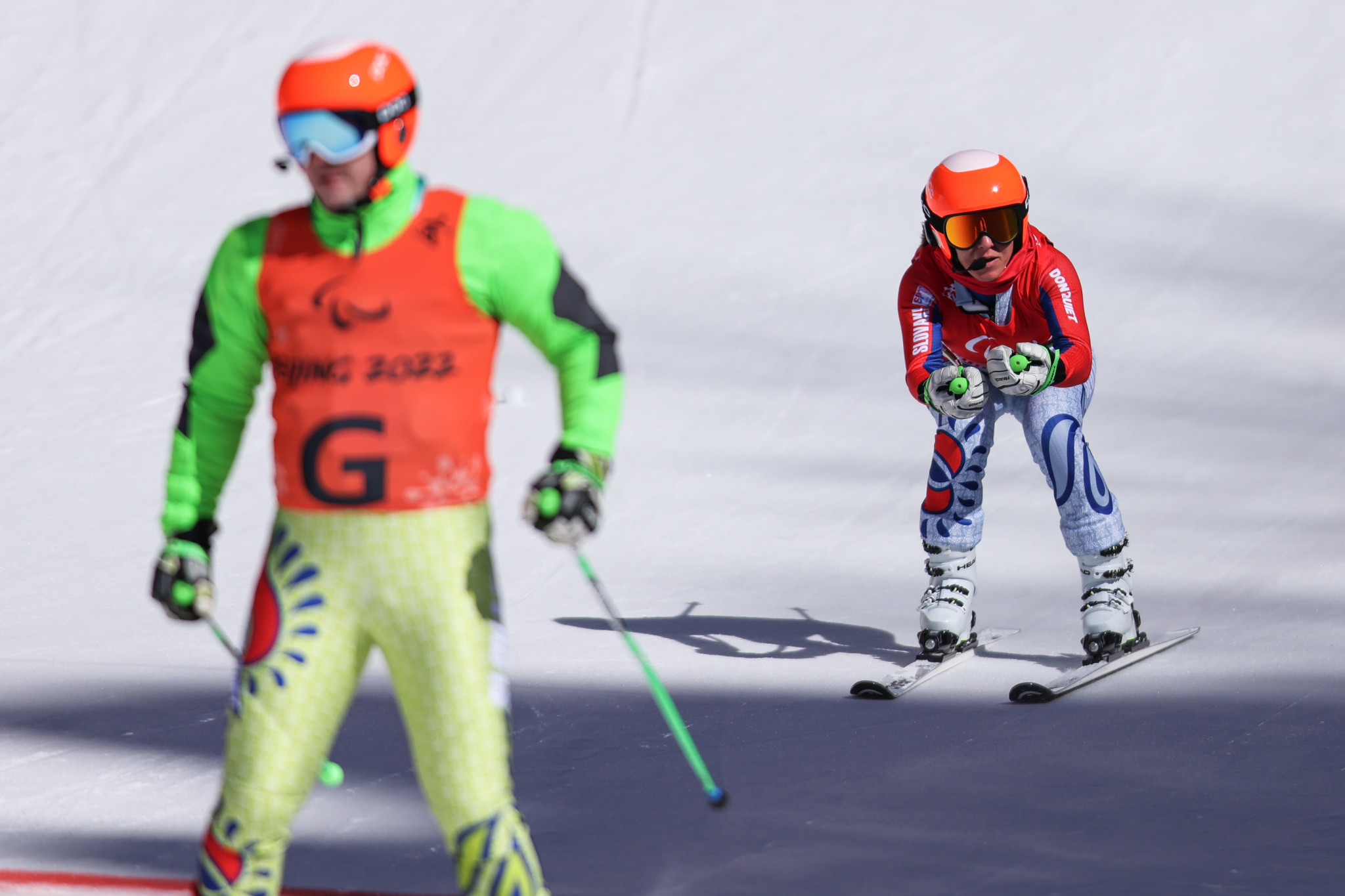 Henrieta Farkasova and Marie Bochet will both be looking for their third downhill titles in a row when the blue riband event opens the Alpine skiing programme at the Beijing 2022 Winter Paralympics.

Slovakia's Farkasova, a nine-time Paralympic gold medallist in all, won the women's visually impaired downhill at both Sochi 2014 and Pyeongchang 2018.

She also won gold at the World Para Snow Sports Championships in Lillehammer in January so looks poised to add to her haul when Para-Alpine skiing begins in Beijing at the Yanqing National Alpine Skiing Centre on Saturday (March 5).

Her challengers will include Britain's Millie Knight, a three-time medallist in Pyeongchang who will race at her third Winter Paralympics.

France's Bochet will look to add to her downhill wins in Sochi and Pyeongchang in the women's standing category.

The eight-time Paralympic champion also triumphed in Lillehammer and has been boosted by the ban on Russian athletes due to the country's invasion of Ukraine.

That has seen Varvara Voronchikhina, who won six World Championship medals in January including two golds, excluded from competing.

Sweden's Ebba Aarsjoe won two gold medals in Lillehammer and will be making her Paralympic debut, while hosts China will hope for a medal from Mengqiu Zhang.

In the women's sitting event, Germany's Anna-Lena Forster will be one to watch after winning four gold medals in Lillehammer, including the downhill crown.

Barbara van Bergen from The Netherlands and Katherine Cambaluzier from Canada are likely to be her main challengers after completing the podium in Norway.

Slovakia will also have a chance in the men's vision impaired through Miroslav Haraus and Jakub Krako who won silver and bronze in Lillehammer and are entering their fourth Winter Paralympics.

In the men's sitting, American Andrew Kurka will bid to defend his gold medal from Pyeongchang but Norway's Jepser Pedersen won the world title on home snow in Lillehammer, as well as two other races.

Dutchman Jeroen Kampschreur and Corey Peters of New Zealand will be other contenders.

Austria's Markus Salcher will enter the men's standing as the reigning world champion, and will battle the likes of Switzerland's Theo Gmur who will defend his Paralympic title.

France's Arthur Bauchet, meanwhile, will be looking to improve on the four silver medals he won in Pyeongchang.

Russian Aleksei Bugaev, who won five medals in Lillehammer, will not be able to compete due to his country's ban.