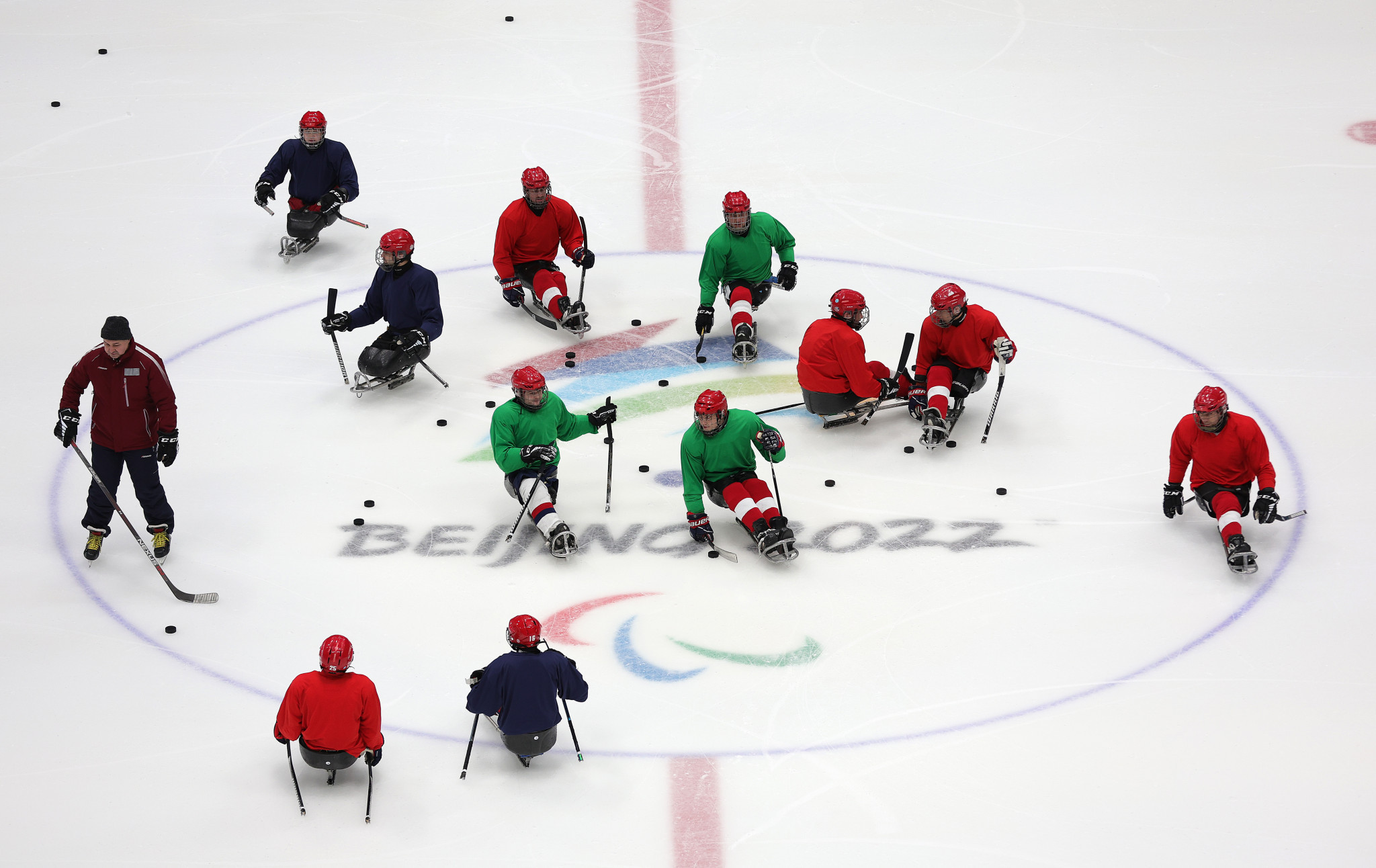 Both nations were previously to compete under a neutral banner at the Games in light of the ongoing invasion of Ukraine, although Russian athletes were already competing neutrally under the ruling of the Court of Arbitration for Sport following the nation's doping scandal.

Initially the IPC allowed athletes from the countries to be represented under the Paralympic flag, but quickly performed a U-turn just a day after.

This comes after multiple National Paralympic Committees threatened a boycott, forcing the IPC Governing Board into a change.

IPC President Andrew Parsons said nations were "likely to withdraw" if the two teams were not pulled, stating there would not be a "viable Games".

He added that the environment in the Paralympic Villages was worsening as a result of the conflict in Ukraine, with many NPCs taking issue with the IPC's original stance.

"At the IPC we are very firm believers that sport and politics should not mix," said Parsons.

"However, by no fault of its own the war has now come to these Games and behind the scenes many Governments are having an influence on our cherished event.

"The IPC is a membership-based organisation, and we are receptive to the views of our member organisations.

"In taking our decision yesterday we were looking at the long-term health and survival of the Paralympic Movement.

"What is clear is that the rapidly escalating situation has now put us in a unique and impossible position so close to the start of the Games.

"Yesterday we said we would continue to listen, and that is what we are doing.

"In the last 12 hours an overwhelming number of members have been in touch with us and been very open, for which I am grateful.

"They have told us that if we do not reconsider our decision, it is now likely to have grave consequences for the Beijing 2022 Paralympic Winter Games.

"Multiple NPCs, some of which have been contacted by their Governments, teams and athletes, are threatening not to compete.

"Ensuring the safety and security of athletes is of paramount importance to us and the situation in the Athletes' Villages is escalating and has now become untenable.

"First and foremost, we have a duty as part of the Paralympic mission, enshrined in the constitution, to guarantee and supervise the organisation of successful Paralympic Games, to ensure that in sport practiced within the Paralympic Movement the spirit of fair play prevails, violence is banned, the health risk of the athletes is managed and fundamental ethical principles are upheld.

"With this in mind, and in order to preserve the integrity of these Games and the safety of all participants, we have decided to refuse the athlete entries from RPC and NPC Belarus."

Parsons expressed his sympathy for the affected athletes, hailing from two of the best Winter Paralympic nations in the world.

Between them, Russian and Belarusian athletes won 12 gold medals at the Pyeongchang 2018 Winter Paralympic Games from 80 medal events.

"To the Para athletes from the impacted countries, we are very sorry that you are affected by the decisions your Governments took last week in breaching the Olympic Truce.

"You are victims of your Governments' actions.

“Athlete welfare is and always will be a key concern for us.

"As a result of today's decision 83 Para athletes are directly impacted by this decision.

"However, if RPC and NPC Belarus remain here in Beijing then nations will likely withdraw.

"We will likely not have a viable Games.

"If this were to happen, the impact would be far wider reaching."

NPCs such as the Canadian Paralympic Committee expressed their opposition to allowing Russian and Belarusian athletes from competing at the Games, although there is no evidence that it planned to withdraw.

Yury Holub and Sviatlana Sakhanenka are the top athletes missing from Belarus.

The IPC plans to hold an extraordinary General Assembly to vote on whether to make compliance with the Olympic Truce a membership requirement.

It is also set to allow a vote on whether the RPC and NPC Belarus will have their memberships suspended or terminated.