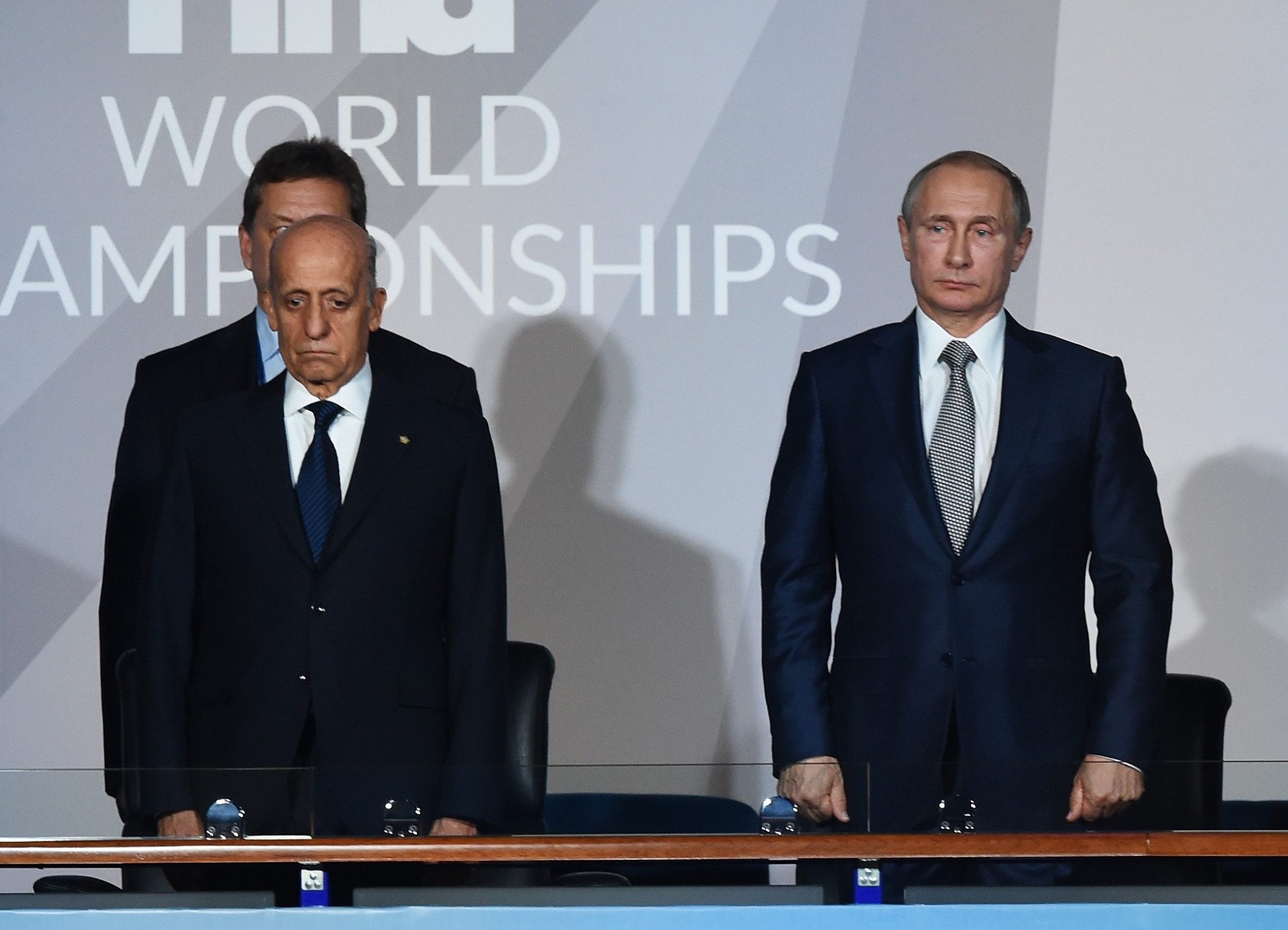 The International Swimming Federation (FINA) has withdrawn the FINA Order previously awarded to Russian President Vladimir Putin because of the invasion of Ukraine.

It has also resolved that no athlete or team from Russia or Belarus may compete in any FINA competitions under the countries' name or national flag, but they can be accepted as neutrals.

The International Olympic Committee (IOC) yesterday recommended that athletes from Russia and Belarus be banned outright from all international sporting events in response to the invasion.

The International Skating Union, World Baseball Softball Confederation, Badminton World Federation and FIFA are among International Federations (IFs) to have done this, but FINA's stance stops short of the IOC recommendation.

"FINA remains deeply concerned about the impact of the war on the aquatics community and the wider population of Ukraine," it said in a statement.

"FINA will continue to carefully monitor the grave situation and make further decisions as appropriate."

Hundreds of Ukrainians have been killed since the military incursion began on Thursday (February 24), and today there have been missile strikes in the centre of Ukraine's second city Kharkiv.

Ukrainian President Volodymyr Zelenskyy has called the bombing of Kharkiv a war crime.

Putin was awarded the FINA Order in 2014 by former FINA President Julio Maglione.

"The personal involvement of President Putin in this area [sport] greatly contributes to strengthen the fraternity between nations, improve the lifestyle and education of the youth in Russia and promote a healthier society, in a spirit of peace and friendship," Maglione said at the time.

The same city is due to host the event in 2025, as well as World Championships over the short-course distance in December.

IFs have been urged by the IOC to move all upcoming events away from Russia and FINA has moved some, but not yet the World Swimming Championships (25m).

Russia's President has also been stripped of the Olympic Order, an honorary ninth-dan taekwondo black belt and his status as Honorary President of the International Judo Federation in recent days in response to the invasion of Ukraine.