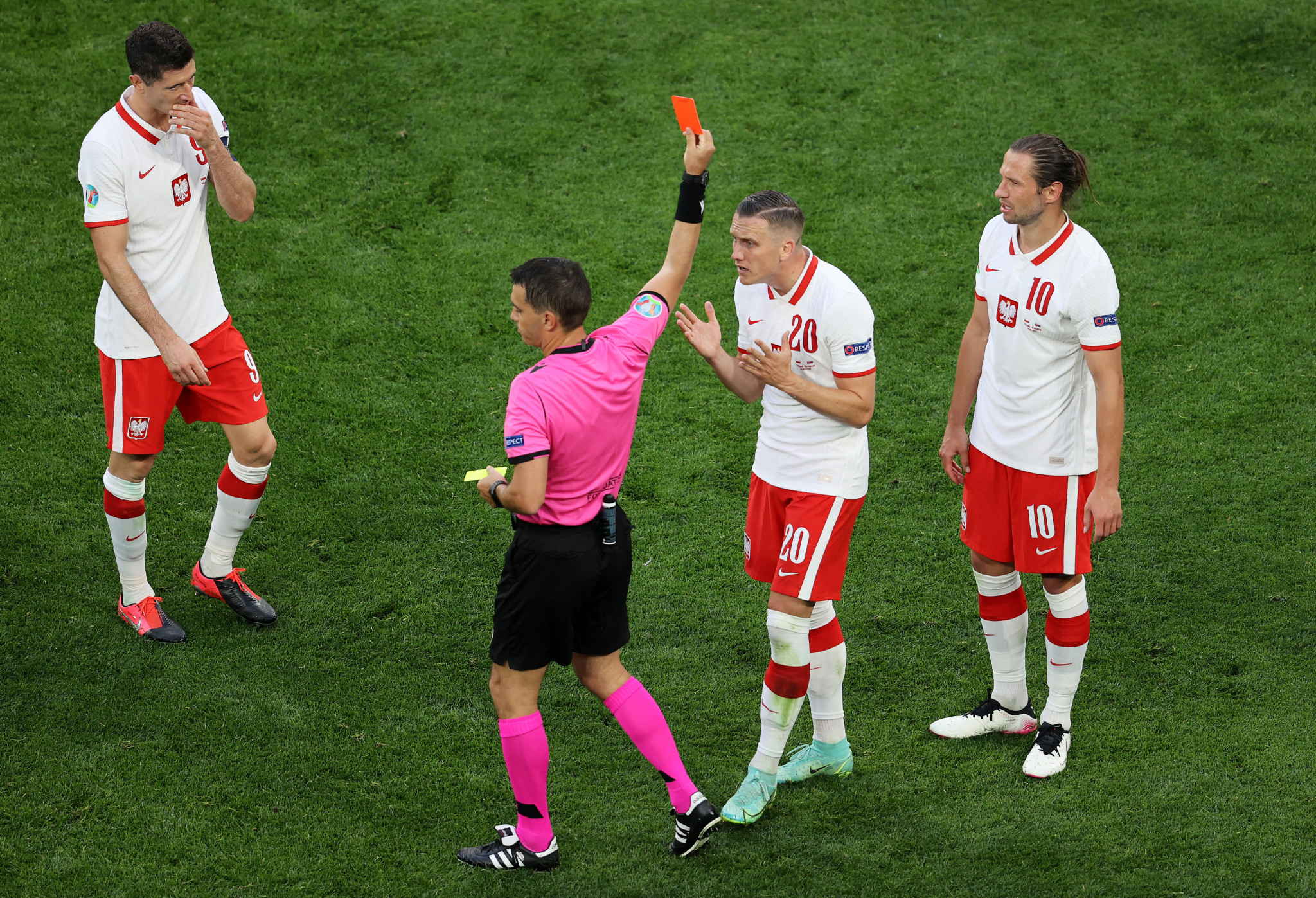 Honorary UEFA member Vyacheslav Koloskov has accused the Polish Football Association (PZPN) of blackmail over its refusal to play Russia in a FIFA World Cup qualifier, while Sports Minister Oleg Matytsin says an International Olympic Committee (IOC) demand the country be stripped of events is a "great disappointment".

Key stakeholders in Russian sport have been reacting to sanctions the country faces following its invasion of Ukraine, and the PZPN's insistence against playing Russia has not gone down well with ex-FIFA vice-president Koloskov.

"The fact is that FIFA has not yet announced its decision [on Russia's involvement in World Cup qualifying]," Koloskov said, as reported by Russian state-run news agency TASS.

"This is again an attempt at blackmail, forceful pressure.

"But the pressure attempt is the same.

"Most likely, it will be some kind of neutral field, if the Polish team does not come there, they will receive a technical defeat."

Poland, Sweden and the Czech Republic have all refused to play World Cup qualifiers in Russia as was initially scheduled, and UEFA has ruled Russia cannot host matches in its competitions.

The winner of Sweden and the Czech Republic's match is set to play either Russia or Poland for a place at Qatar 2022, but the PZPN wants its Czech and Swedish equivalents to also refuse to face Russia.

The international sporting community has widely condemned Russia's military offensive which has already resulted in hundreds of deaths, including civilians.

"The RFU does not support the decision to transfer any matches involving Russian teams to neutral territory as violating the sporting principle and infringing on the interests of players, coaches and fans," Dyukov said, as reported by TASS.

"We are always ready to provide all the necessary guarantees for holding international football matches in Russia with a high level of organisation and security."

Dyukov further suggested moving the Champions League final was dictated by political desires, and that as "the RFU always adheres to the principle of sport out of politics" he cannot support the decision.

The Kremlin expressed regret over the relocation.

"It's a pity that such a decision was made," a spokesperson said.

"But it has been made, so it is accepted."

The IOC weighed in on the Russian invasion yesterday, urging International Federations to move any events scheduled to take place in Russia.

This led to criticism from Matytsin, citing concern for athletes.

"We met the decision of the IOC with great disappointment, we consider these recommendations inadequate in relation to Russian sports," Matytsin said, as reported by TASS.

"In our opinion, their implementation will be a violation of the rights of Russian athletes.

"We consider it important for the IOC to remain a guarantor of the unity of the international sports movement and prevent the politicisation of sports.

"The Ministry of Sport is constantly in touch with sports federations.

"We will protect the rights of our athletes, which are an absolute priority for us."