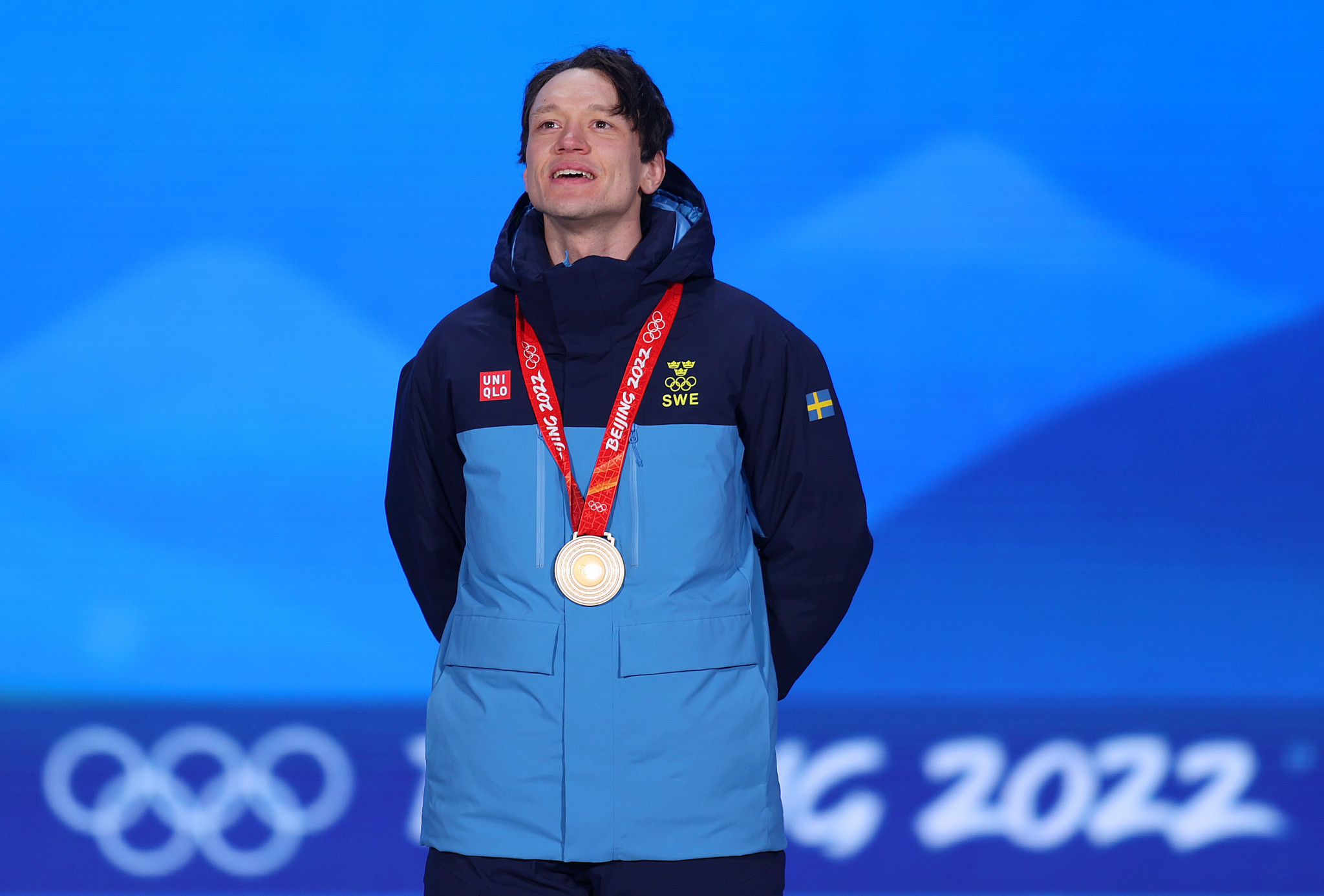 Double Beijing 2022 speed skating champion Nils van der Poel has given one of his Olympic gold medals to a woman whose father was jailed in China for "unsubstantiated" spying offences.

The 25-year-old Swede was one of the stars of the Winter Olympics in the Chinese capital after his double success at the Ice Ribbon, but his donation is sure to rile the host nation.

He has given his 10,000 metres gold to Angela Gui, whose Hong Kong-based father Gui Minhai was sentenced to 10 years in prison in 2020 for "illegally providing intelligence to foreign entities".

Amnesty International said Gui disappeared in 2015 before being subject to a trial which was "secretive and unfair".

He owned a bookshop in Hong Kong which published material critical of the Chinese Government and about past political scandals.

China faced widespread international condemnation in the run-up to Beijing 2022 for its human rights record, including its severe crackdown on any form of dissent in Hong Kong.

The country has also been accused of a genocide against Uyghur Muslims in Xinjiang, while extensive coverage was given to tennis player Peng Shuai, who disappeared from public view after accusing former Chinese vice-premier Zhang Gaoli of sexual assault.

Two years ago, a Chinese court announced the sentencing of my father to 10 years in prison after a secret trial. To help make sure political prisoners like my father aren’t forgotten, Nils Van der Poel is dedicating his medal to #GuiMinhai + countless other victims of 🇨🇳 abuses. pic.twitter.com/uQBsKORdE2

The International Olympic Committee, meanwhile, insisted that politics must be kept out of sport and China has denied wrongdoing.

It is notable, then, that one of Beijing 2022's standout athletes has opted to denounce the Chinese Government through his gift of the medal.

Van der Poel had previously said that awarding the Games to China was "extremely irresponsible", following his return home to Sweden.

"I am not the voice of all Olympians, but me and my friends dedicated our lives to strive for excellence within sports, and the Chinese Government chose to use our dreams as a political weapon to legitimise their regime," Van der Poel said.

"To me that was personal, and I felt exploited.

"I wish for the human rights issues in China to improve and for Gui Minhai to be set free.

"It's a lot to ask but it is the only reasonable thing to ask."

Angela Gui was born in Sweden after her father left China for Scandinavia following the Tiananmen Square massacre in 1989, and later became a Swedish citizen.

She said she has faced intimidation from Chinese state agents.

"I would of course have preferred a situation in which doing this wasn't necessary in the first place," she said.

"But it feels important to me that this medal represents solidarity with political prisoners like my father, and the countless other victims of Beijing's human rights violations."

During the Games, he accused the traditionally dominant Dutch speed skating team of cheating by attempting to influence ice-making staff.

This added to the 5,000m world record he set in December.

"Nils van der Poel was a sporting champion at the Olympics, and today he is a champion of human rights," said Alkan Akad, Amnesty International's China researcher.

"His brave decision to take a stand against China's crackdown on freedom of expression should spur Governments into action on this urgent issue.

"While China uses the Olympic and Paralympic Games to burnish its global image, millions suffer from its human rights violations: the Uyghurs held in internment camps, the sexual abuse survivors targeted for speaking up, or those like Gui Minhai who have been jailed simply for advocating views the Government does not like."

Amnesty International said that Gui Minhai went missing in Thailand before reappearing in China in 2016.

He is said to have given a "forced confession" in state media about a historical hit-and-run incident, but was released the following year.

In 2018, Gui was reportedly snatched by plain-clothed police officers while travelling from Shanghai to Beijing for medical reasons.