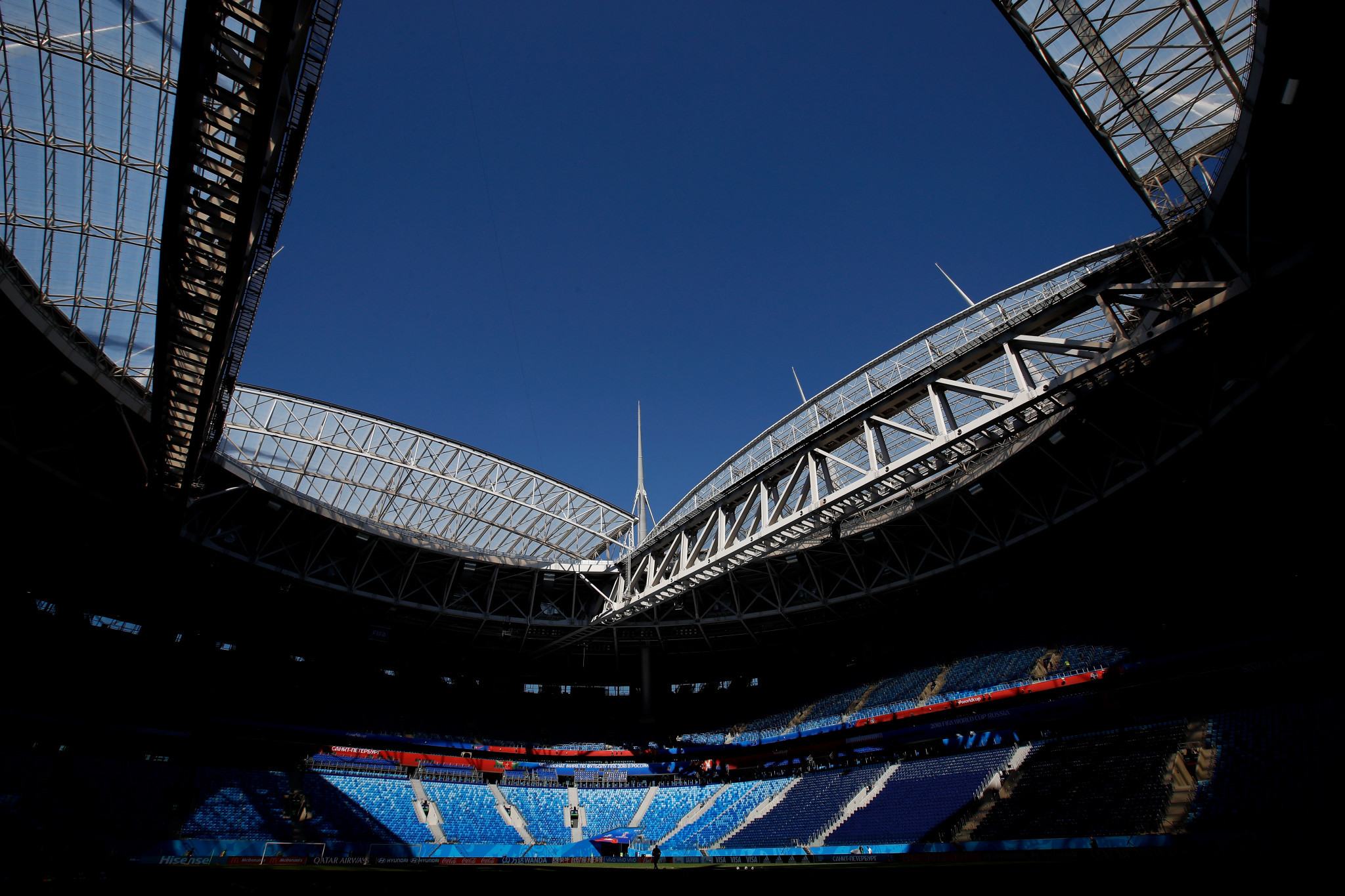 UEFA is under increasing pressure to strip Saint Petersburg of the Champions League Final in light of the ongoing crisis in Ukraine and Russia with sports events due to be held in both countries.

Officially, UEFA has said: "In regards to 2022 UEFA Champions League final in St Petersburg, UEFA is constantly and closely monitoring the situation and any decision would be made in due course if necessary.

"UEFA has no further comments to make at present."

However, widespread reports have emerged that the biggest match in men's European club football is set to be moved from the Russian city in light of Moscow recognising two breakaway regions as independent states and President Vladimir Putin ordering troops into eastern Ukraine.

According to the BBC, the Champions League Final is still expected to be held on its original date of May 28, but UEFA faces the prospect of moving its showpiece match from its original host city for the third consecutive year, after venues in Portugal stepped in for 2020 and 2021 when COVID-19 restrictions prevented it from being held in Istanbul.

Senior British politicians are among those who have called on UEFA to strip Russia of its rights to stage the Final, with Prime Minister Boris Johnson insisting there was "no chance of holding football tournaments in a Russia that invades sovereign countries".

Britain has imposed sanctions against three individuals and five banks in response to Russia's actions in Ukraine, while the European Union has proposed taking measures against anyone involved in the decision, including members of the Russian Parliament and banks financing military operations.

Moscow has claimed that Russian forces are to "perform peacekeeping functions".

Saint Petersburg had initially been due to stage last year's Champions League Final, but this was pushed back to account for Istanbul missing out in 2020.

The Krestovsky Stadium is sponsored by Russian company Gazprom, the giant which has partnered the Champions League since 2012 and has extended its sponsorship of major UEFA competitions until 2024.

It has previously hosted matches at the 2018 FIFA World Cup and UEFA Euro 2020.

Russia has been offered a home route through the European qualifiers against Poland in the semi-finals and, should they progress, either Sweden or Czech Republic awaits them in the next round.

However, Bortniczuk told Polskie Radio 24 that he expects the Polish Football Association (PZPN) to call on FIFA to move the one-leg tie from Moscow to a neutral venue.

"We will try to ensure, at least this is my assurance from the Polish Football Association, to play this match on a neutral ground in the minimum version," the Minister said.

"If there is no consent to this on the part of the Russian Federation, we will then consider what to do."

The PZPN has called on FIFA to "urgently clarify the issues related to the organisation of the Russia-Poland World Cup play-off, scheduled for March 24 2022".

FIFA told insidethegames that it "is monitoring the situation".

Ukraine are also due to compete in the playoffs, although they were drawn away to Scotland on March 24 and will be away again to Wales or Austria should they triumph in Glasgow.

Russia has qualified for the UEFA Women's Euro 2022 in England.

They and Ukraine are scheduled to play their next round of 2023 FIFA Women's World Cup qualifiers in April.

Russia face two away matches, while Ukraine are due to welcome Scotland and Hungary.

The wider impact on men's and women's club football is uncertain.

Ukrainian teams are out of UEFA's major competitions, while there are no Russian sides remaining in the men's and women's Champions League nor the men's Conference League.

Zenit Saint Petersburg remain in the Europa League but lost first leg of their knockout round playoff at home to Spanish outfit Real Betis, while Spartak Moscow are already in the last-16 of the competition.

With regards to the Europa League ties, UEFA told insidethegames it "is constantly and closely monitoring the situation and is in close contact with the national associations and clubs concerned".