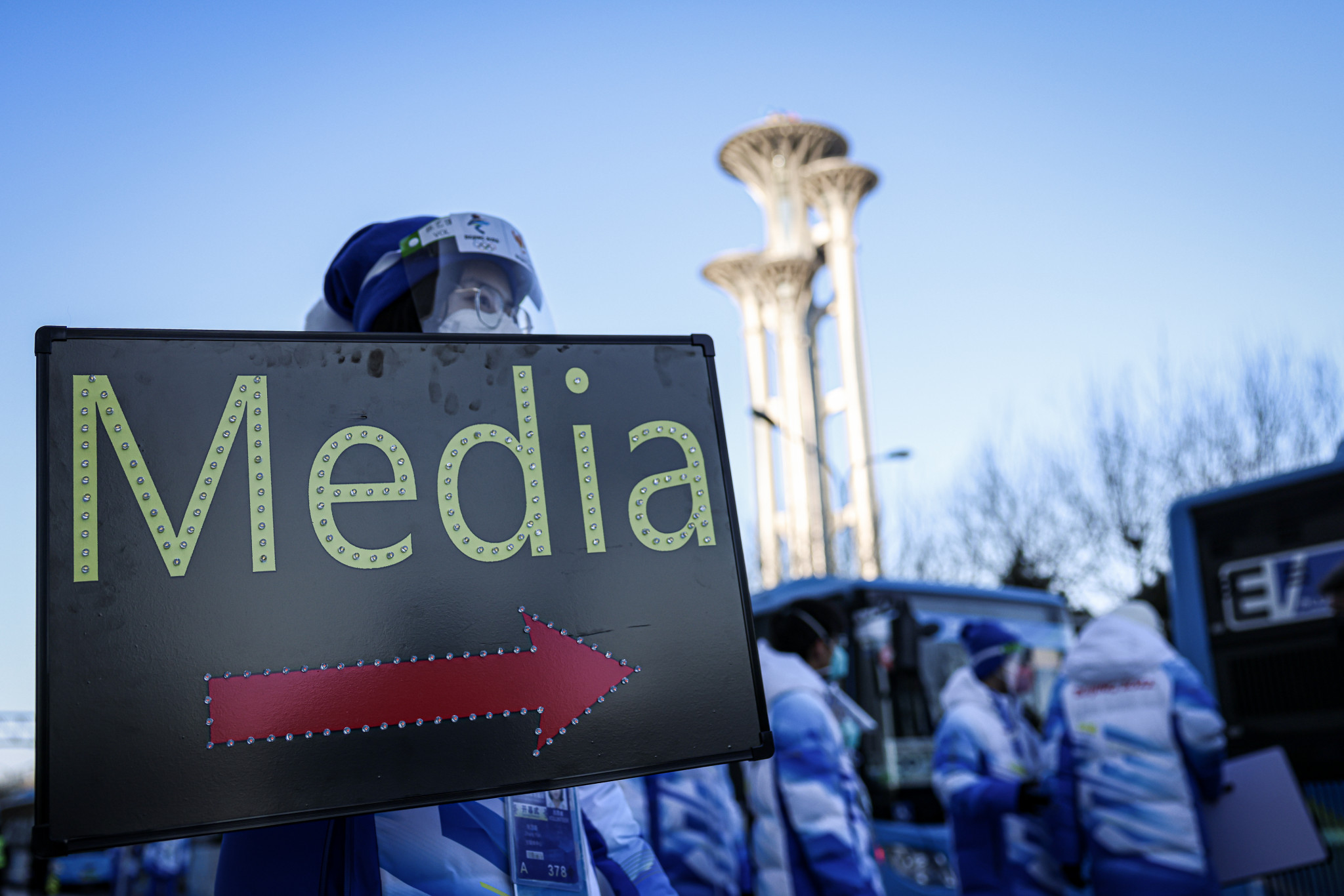 The Foreign Correspondents’ Club of China (FCCC) has criticised conditions for journalists at the Beijing 2022 Winter Olympics, claiming that "Government interference occurred regularly during the Games".

The group which represents foreign journalists based in Beijing said it was left "dismayed that the conditions for independent reporting in China continue to fall short of international standards", and alleged that reporters faced restrictions when attempting to conduct interviews and were subject to online harassment.

A total of 9,388 accredited media personnel covered Beijing 2022, 1,952 were written and photographic press from 520 organisations.

An example of a foreign reporter prevented from interviewing a skier from Hong Kong in the mixed zone by a Beijing 2022 official was referenced by the FCCC, which said the International Olympic Committee (IOC) had dismissed the incident as "an isolated" case.

The high-profile case from the start of the Games which showed Sjoerd den Daas, a correspondent for Dutch broadcaster NOS, being forced away from a live show by a security official was also mentioned by the FCCC.

IOC spokesperson Mark Adams said that this was an "unfortunate circumstance" and a case of "someone being overzealous".

6/ Near Olympic venues, security officers stepped in to stop interviews between local residents and reporters. https://t.co/D2z0rObWaM

The FCCC also claimed that Agence France-Presse was prevented from filming the Opening Ceremony on February 4 from a private apartment.

Its statement added that reporters faced difficulties interviewing local residents, and that "security officers in Beijing seemed particularly sensitive about reporters filming anything Olympic-related", with many "told that all reporting in public areas must first be approved by Chinese authorities".

Moreover, the FCCC alleged that online harassment campaigns against journalists "were fuelled by Chinese state media accounts and Chinese diplomats".

"The FCCC urges the Chinese authorities to uphold their own stated rules on accredited foreign press in China: namely, to allow journalists to book and conduct their own interviews without threat of state interference and to report freely in public areas," it concluded.

"Unfortunately, neither rule was enforced, at a time when global attention was trained on China more than ever."

A closed-loop management system was in place during Beijing 2022, which aimed to separate Games participants from the local population as a COVID-19 countermeasure.

Among the requirements was for personnel to use designated transport to move between approved locations.

China has implemented one of the world's strictest policies to combat the pandemic through its "zero-COVID" strategy.

Reporters Without Borders ranked China 177th out of 180 in its 2021 World Press Freedom Index, and says there are at least 115 journalists detained in the country.

As part of the Beijing 2022 Host City Contract, the IOC promised free and open access to the internet and social media for all participants.

For journalists, it stated "there shall be no restrictions or limitations on the freedom of the media to provide independent news coverage".